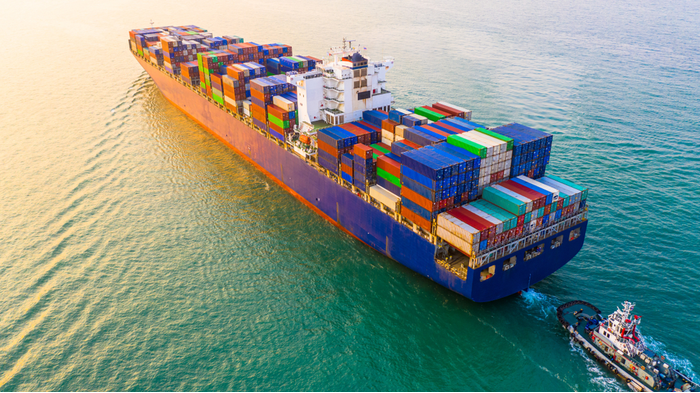 Shippers who acknowledge the reality of a very different carrier industry, and manage it accordingly, will be the ones who succeed. Photo credit: Shutterstock.com.

Shippers looking toward 2021 are facing an outlook in ocean containers that is without historical precedent. The question is how they will react.

A series of developments over the past five years — topped by consolidation, a declining order book, and agility by carriers in managing capacity — has put shippers in the most disadvantageous position in regard to pricing power that they have perhaps ever faced.

But coming on the heels of a decade when the opposite was the case, when overcapacity and weak carrier discipline kept rates consistently low, many shippers may not yet realize how profoundly the market has changed and how durable that change may be. Combine that with the system being thrown wildly off kilter by the crash and spike in volumes this year, with the result that any semblance of normal service is fast becoming a distant memory, some believe that the 2021-22 trans-Pacific contract season could be ripe with conflict and a rocky transition to a new normal.

“I believe the leverage is now in the hands of the carriers because they have clearly demonstrated their ability to exercise capacity discipline,” said Gordon Downes, CEO of the New York Shipping Exchange, a platform for mutually enforceable contracts. “Barring some form of regulatory intervention, I can’t see any reason why the carriers would go back from this.”

Those resisting the view that the current conditions may remain in the long term — and may not even extend into the next contracting cycle — can be forgiven because nothing in recent experience suggests that would be the case. Carriers in the post-conference era following the Ocean Shipping Reform Act in 1998 were consistently lacking in discipline, not to mention profitability, and accumulated their fair share of disrespect as the initiative in service, technology, and innovation was seized by others.

Carriers are gradually progressing on technology, less so on service, but in regard to core market power, their progress has been sudden, startling, and potentially long lasting. It is now clear, for example, that the declining orderbook is not just carriers’ reaction to slowing global trade. Rather, it is tied to uncertainty about new zero-carbon fuel types, which means that hesitation to refresh the global fleet may last years.

Many shippers ill-prepared for ‘21 contract talks

Such an abrupt change in the market, which was in fact years in the making but didn’t become visible until the COVID-19 pandemic hit in 2020, will result in many shippers being ill-prepared for the environment they will face at the negotiating table in 2021. Those who acknowledge the reality of a very different carrier industry, and manage it accordingly, will be the ones who succeed.

“In light of the new market dynamics, some innovative shippers are taking a fresh approach to their freight contracting strategy,” Downes said. “Other shippers will stick with the old tactics of negotiating hard for the lowest freight rates they can get, they will simply insist that their carriers honor the service-level agreements referenced in the boilerplates, and hope for the best.”

There is both a near-term and a longer-term perspective on the altered carrier dynamic. Near term, while there has been much debate about the duration of the current import surge, whether or not it continues through Chinese New Year in February is beside the point; carriers will likely continue to retain the upper hand no matter what, either maintaining capacity to support elevated volumes that continue into 2021, or quickly withdrawing it as they did in the spring when the coronavirus disease 2019 (COVID-19) first hit if volumes dry up.

Active capacity management is coming to be seen as a long-term change similar to slow steaming, which was first introduced pre-financial crisis in 2007 and from which the carriers have never retreated.

“The carriers have managed capacity very effectively through the pandemic. They all look at the profitability they are seeing right now and are saying, ‘Why should we go back to the previous model?” said Kurt McElroy, executive vice president at Apex Maritime, the largest forwarder operating on the eastbound trans-Pacific trade.

In other words, if shippers are looking for an escape hatch next year, they may have trouble finding one.

“The question in my mind is what will the carriers do if we do not get a dip in volumes before the new contract season? Import costs have gone through the roof and everyone is looking for a plan B. What are the options? There is no plan B to this situation,” said Jon Monroe, a consultant to forwarders.

Some of the largest forwarders are sounding the alarm that current conditions will persist into 2021. As Otto Schacht, head of sea freight for forwarder Kuehne + Nagel, wrote on LinkedIn in mid-November, “The situation will definitely not improve before Chinese New Year. Importers should prepare accordingly.”

India-US cargo hit by overweight surcharges ahead of peak season

How to Improve OTIF: 15 Tips for On Time and In Full Delivery
END_OF_DOCUMENT_TOKEN_TO_BE_REPLACED