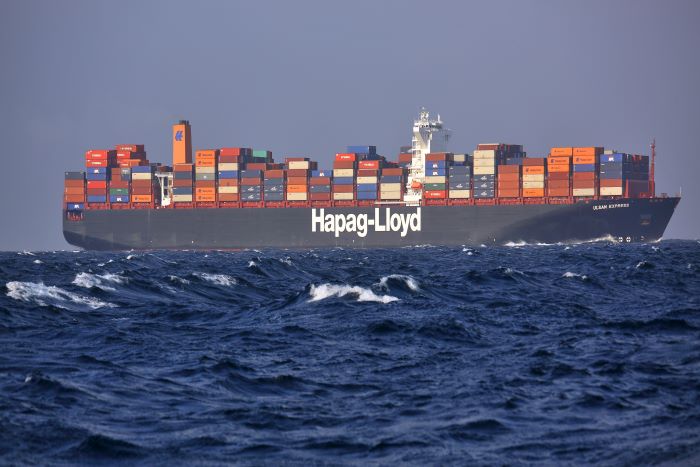 Carriers, including Maersk, Cosco Shipping Lines, and Hapag-Lloyd, are launching a short-term program of blank sailings on the East Coast South America-Asia trade that could see capacity slashed by more than half in the next month.

While volumes from the East Coast of South America are still strong, particularly reefer cargoes from Brazil, demand from Asia to Brazil has been hit by the impact of the coronavirus disease 2019 (COVID-19).

Under the program, carriers will alternate in reducing services each week. As of now, the capacity cuts will last until mid-May, although they could be extended until the anticipated rebound in westbound demand in June.

“We expected to see a drop after Chinese New Year,” a senior carrier executive told JOC.com. “The forecast was about $1,350 per FEU, but rates have dropped down to $900 due to the effect of the COVID-19 virus, which isn’t that bad considering that last year [during the] same period, rates were in the range of $750.”

“So far, eastbound volumes from East Coast South America to Asia have been firm, but it's the volumes from Asia, particularly China, that have been affected,” the executive added.

The blank sailings program coincides with the announcement by CMA CGM and Hapag-Lloyd on Friday that they will introduce a general rate increase from Asia to the East Coast South America from May 1. CMA CGM will raise rates by $1,000 for 20-foot and 40-foot high cube containers, and Hapag-Lloyd by $600 per container. Shipping executives said the rate increase will only apply to spot cargo, while most of the cargo on the trade is transported on long-term contracts.

With the drop in volumes, carriers have been slow in getting rid of capacity, but that is changing from this month when carriers start cutting services each week.

Hapag-Lloyd is blanking sailings from week 17 (April 19-25), a move that is likely to go on for several weeks, and see the carrier make an overall reduction of  about 35 to 40 percent in capacity which it hopes will support and strengthen rates. Hapag-Lloyd in a customer advisory last week said it would cancel one voyage each on its ASE Loop 1 (ASE) and ASE Loop 2 (AS2) services in week 17.

Maersk said that on week 17, it will blank sailings by the Maersk Leon on its ASAS service and MSC Albany on the Ipanema service that were scheduled to leave Busan on April 22 and 26. The carrier said the cuts were “due to market demand reductions in Far East Asia and Latin America caused by the COVID-19 pandemic and the challenges that we are all facing in managing the supply chain.”

In week 18, the Hapag-Lloyd and Evergreen consortia are cutting about 9,000 TEU, a reduction of about 60 percent.

In weeks 19-20, capacity should be down by 50-60 percent as well, with carriers blanking out about 8,000 TEU, although the details are still unclear, while Maersk is set to blank week 21.

“The downward trend in rates and volumes is not that unusual after Chinese New Year,” the liner executive said. “It's hard to predict the future. My personal view is that from June-July onwards we’ll start to see volumes start to increase again.”

Currently, Cosco/CMA CGM/Evergreen/Yang Ming Lines are the largest carrier group on the trade, with an average of about 12,000 TEU of capacity per week. Maersk has an average of 8,700 TEU, while Hapag-Lloyd/MSC/ONE have a weekly average of 9,600 TEU, and PIL/Cosco/Evergreen/CMA CGM about 4,700 TEU per average week.

PIL executive chairman and managing director Teo Siong Seng told JOC.com the Latin America-Asia trade has not been spared from the impact of a COVID-19. “[But] one does not see the blank sailings triggered at the same scale of the east-west trade, as carriers are able to provide stable liner service to customers,” he said.

Unlike trans-Pacific and Asia-Europe trades, the East Coast South America-Asia trade is more balanced on eastbound and westbound sailings. The high volume of reefer cargoes from ECSA to Asia, coupled with the high utilization levels on that leg, made it difficult for carriers to blank sailings.

“So far, volumes from Brazil are very strong, it’s chock-a-block,” the carrier executive said. “We didn’t believe it would remain quite so strong, although that situation may slightly change in the next two to three weeks.”

“Even with low utilization levels from Asia, the high volume of reefer cargoes on the non-dominant leg from East Coast South America pay for the round trip, which is why it makes it difficult to get rid of capacity from Asia,” the source added. Reefer cargoes typically contribute about 40-50 percent of carriers’ eastbound volumes.

“The key to making it work as a trade is being an active player on reefer cargo,” Perez added.

An MSC spokesperson told JOC.com the carrier has seen “strong exports from Brazil to China,” especially frozen meat products such as beef, chicken, and pork. “China is usually one of the top destinations for South America East Coast exports, driven by rising demand and the growth of China’s middle class,” she said.