Ships cascading from Asia-Europe to other trades deliver headaches

Ships cascading from Asia-Europe to other trades deliver headaches 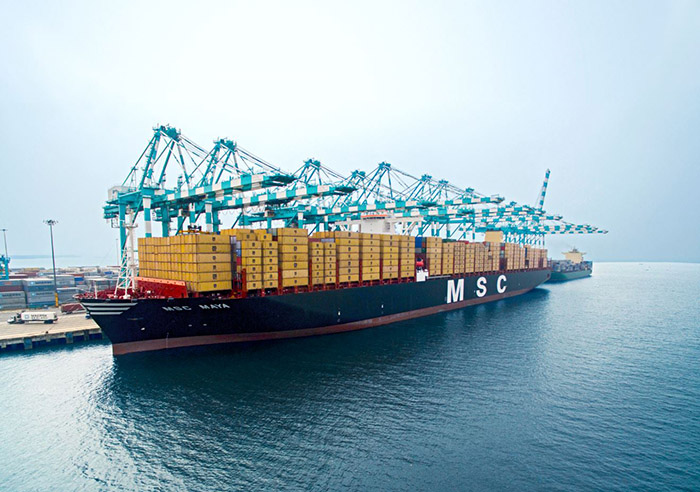 As newer mega-ships such as the MSC Maya, pictured, continue to enter service on the Asia-Europe trade, ships with capacities of as many as 13,000 TEUs will have to find new deployments on less busy routes.

Container lines face “huge” headaches as they seek routes to deploy vessels made redundant on the Asia-Europe trade lane by the accelerating arrival of the latest generation of mega-ships, according to Drewry Shipping Consultants.

Ocean carriers have been “cascading” ships from the Asia-Europe trade since the launch of Maersk Line’s E-class ships 10 years ago that “hyper-inflated” the maximum ship size overnight from 9,200 twenty-foot-equivalent units to 15,500 TEUs, the London-based consultant said.

However, the lines’ stock of ready-to-cascade Asia-Europe vessels is almost empty and the deployment of new mega-ships of up to 20,000 TEUs will force the cascade into a potentially more destructive phase of bigger ships moving into north-south trade lanes.

“The second phase of the cascade will be even more difficult for ocean carriers to manage,” Drewry said. “The bigger ships that will need to be moved will stretch the ability of ports to handle them and trades’ capacity to absorb them without dumping utilization.”

As the new mega-ships are locked into the Asia-Europe trade due to port handling limitations, container lines have had to be “creative” in moving displaced vessels onto new routes, and have not been “entirely successful” as their deployment, which coincided with a slowdown in demand, has been a major contributor to persistently low freight rates.

The average size of vessels on the Asia-North Europe trade is now nearly as big as Maersk’s E-class ship, at 14,600 TEUs, and there are only seven units under 10,000 TEUs left on the route.

“While the pressure to cascade ships is intensifying thanks to the new ultra-large container vessels, carriers in the Asia-North Europe trade now have less low-hanging fruit they can easily pick off and redeploy elsewhere,” Drewry notes.

As of September only 19 ships below 13,000 TEUs, with an aggregate capacity of 200,000 TEUs, were deployed on the trade, which is only a third of the potential new mega-ship capacity that will arrive by the end of 2017.

Extra demand will cover some of the short-haul but to achieve utilization above 90 percent on the headhaul route to Europe liners will probably have to “clear out” all ships below 13,000 TEUs and a sizeable chunk of the 13,000- to 14,000-TEU fleet, according to Drewry.

“The problem then becomes where to put those ships.”

Scrapping is not a viable option as only fifteen 8,000-10,000 TEUs ships are more than 15 years old, and the oldest vessel above 10,000 TEUs is the 10-year old Emma Maersk, the first E-class ship, so container lines must choose between idling the vessels or continuing to cascade them into other trade lanes.

Quite a few ships over 8,000 TEUs have been transferred into the growing South Asia and Middle East trades, while the expanded Panama Canal has provided a new “release valve” to cascade similar sized vessels onto the Asia-US East Coast corridor.

There has already been a “quite staggering” inflation in the size of vessels on some north-south trades, Drewry points out. Since the first quarter of 2013, the average ship size has surged 92 percent on the Europe-South Africa trade, 79 percent on the Asia-West Africa lane and 64 percent between Asia and the east coast of South America.

Some of the increase has been due to newbuild vessels going directly into the trades, but most is the result of cascading.

The introduction of bigger ships on the these trades when there is sufficient demand growth to support them has forced a trade off, with a halving of direct weekly services on the Europe-South Africa and Asia-east coast South America routes since the first quarter of 2013.

As more larger vessels are cascaded down to north-south trades, ocean carriers will come under increasing pressure to reduce the number of weekly loops, which in turn will raise the requirement to work together in order to maintain coverage, and could possibly be the trigger for north-south alliance partnerships.

They continue to talk

Permalink Submitted by ferrullig@minds... on Oct 31, 2016 12:54PM EDT
They continue to talk "managing capacity" and don't really do it. Cascading 1 for 1 is NOT managing capacity, it is exacerbating overcapacity; so once again the carriers harm themselves. I suppose when they get down to ten who survive they may consider it?
Maritime News›Trade Lanes›Asia-Europe
Maritime News›Container Lines
Maritime News›Ships & Shipbuilding
Port News›Port Productivity