Container lines set for stronger year for volume and pricing

Container lines set for stronger year for volume and pricing 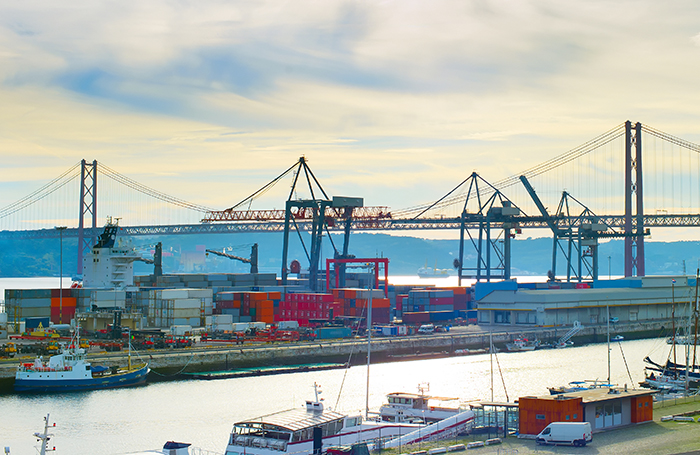 Stronger economic growth in the eurozone is anticipated to translate into higher volumes and profits on the Asia-Europe trade.

Carriers on the Asia-Europe trade are heading for a vastly improved year as steady growth in container volume and European economies continues to hold up freight rates and drive up profitability.

The interim results of Hong Kong-based Orient Overseas Container Line revealed a huge increase in volume and revenue on Asia-Europe for the first six months of 2017 compared with the first half of 2016. OOCL reported Asia-Europe volume up 22.2 percent in the first half to 546,505 TEU, while revenue for the trade was up 48.5 percent year-over-year to $525 million. OOCL reported the higher volumes as the European economy, driven by strong retail sales and domestic demand, expanded 0.6 percent in the second quarter from the first, according to IHS Markit, which has revised upward its 2017 forecast for Eurozone GDP growth 0.1 percentage point to 2 percent.

The three Japanese carriers – MOL, NYK Line, and “K” Line — also reported a strong improvement in their financial results as the container shipping business environment strengthened. NYK Line and “K” Line both swung back into the black in the first quarter of fiscal 2017 after incurring net losses a year earlier, while MOL saw its net profit nearly quadruple.

SeaIntel said while the year-over-year comparisons on Asia-Europe were impressive, comparing 2017 with 2015 was a more realistic benchmark than 2016, forecasting that carriers on the trade stood to gain $1.2 to $1.7 billion in higher rate levels for full-year 2017 versus 2015.

The analyst said 2016 was a year plagued by a freight rate war that caused rates in the first six months to plunge to irrational levels, with some anecdotal evidence pointing to base rates below $100 per TEU, and in some cases even at zero.

“Instead, a comparison to 2015 is more relevant,” SeaIntel said in its latest weekly newsletter. “Even though 2015 also saw the industry struggle, it was not in the throes of a devastating freight rate war, and, more interestingly, the average fuel price levels for full-year 2015 were in line with the levels we are seeing now.”

However, SeaIntel said there was an additional factor to consider when comparing 2017 Asia-North Europe freight rate levels with 2015. The combination of increasing freight volumes and a variety of bottleneck effects related to the phase-in of the new alliance networks resulted in a surge in freight rate levels on the backhaul from North Europe to Asia in 2017.

To include this effect in the rate level comparison, SeaIntel used the World Container Index that has rate level data for the headhaul and the backhaul routes in the period 2012 to 2017. The analyst concluded that if all cargo moved on spot rates, its upper profit estimate of $1.7 billion for the Asia-North Europe trade comes into play.

However, SeaIntel said part of the cargo was under service contract, and if the volatility dampening effect this causes was applied, the analyst arrived at its lower estimate of an improvement in revenue, and profitability, of $1.2 billion.

Even as carriers start to tally their profits, something else shaping up as good news for container shipping is the International Monetary Fund’s July update to its World Economic Outlook. The outlook found that the global economy is showing signs of solid and steady growth, with China, India, Japan, and major economies from Europe to lead this development.

“These figures speak quite well for the container shipping industry, and support the notion that 2017 could be a turning point for the carriers and their stressed financial situations,” SeaIntel said in its newsletter.