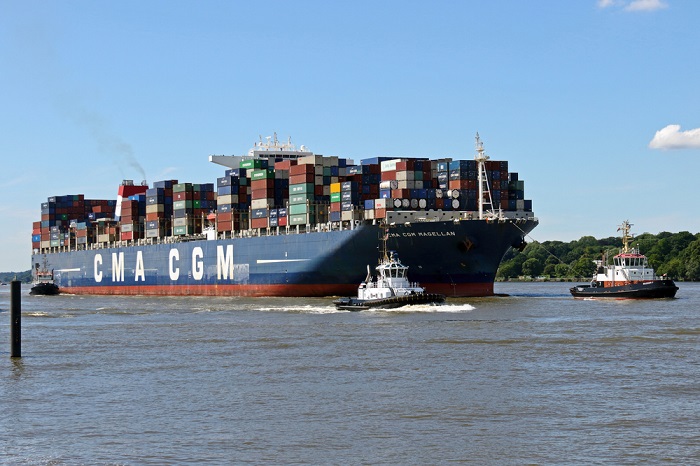 How carriers recoup the rising cost of fuel will be key to their profitability this year. Bunker fuel comprises the largest single operating cost for shipping lines. Photo credit: Shutterstock.com.

CMA CGM will implement a low-sulfur fuel (LSF) surcharge from Nov. 15 for all containers being shipped from Europe to the Chinese ports of Shanghai and Ningbo.

China has since Oct. 1 required carriers calling at the two ports to switch to fuel containing a maximum 0.5 percent sulfur content, and CMA CGM will try to recoup the additional costs through a fuel surcharge of $20 per TEU and $40 per FEU on cargo from North Europe.

From Jan. 1, 2019, the sulfur limit will be applicable to other ports across China, and CMA CGM has warned the market to expect a separate announcement regarding container shipping for the headhaul Asia-North Europe trade.

China is the latest country to impose emission control areas (ECA) that already include North Europe (Baltic Sea, North Sea, and English Channel), North America (200 nautical miles from the US and Canadian shores), and Australia. Most of the ECAs require ships to use fuel with a maximum sulfur content of 0.1 percent.

How carriers recoup the rising cost of fuel will be key to their profitability this year. Bunkers comprise the largest single operating cost for shipping lines and the increasing prices offset rising volume and revenue in the first half, sending most container shipping companies into the red.

While the low-sulfur surcharge being implemented by CMA CGM is at the moment only for European cargo to the two Chinese ports, it will be a test run for the global regulation that will be enforced by the International Maritime Organization (IMO) from Jan. 1, 2020. IMO 2020 will require ocean carriers to reduce maximum sulfur emissions from 3.5 percent to 0.5 percent.

Industry estimates put the annual cost of the rule at $13 billion to $15.7 billion, leaving carriers with little option but to pass it on to shippers. CMA CGM said the cleaner fuel will raise per-TEU cost by $160. Hapag-Lloyd has issued a range of estimates from $115 to $333 per TEU. Maersk Line estimates its bunker adjustment factor (BAF) will add between $90 and $1,050 to the cost per FEU, with a rough TEU conversion coming at a range of $45 to $1,025.

To recoup the costs, several carriers have unveiled their low-sulfur surcharge formulas. Maersk, CMA CGM, and Hapag-Lloyd have provided a different BAF for each of a range of fuel prices on different routes, and OOCL will base its charge on a floating bunker formula, calculated using factors including fuel prices, the type of fuel used, and the capacity of the ship.

Nicolas Sartini, CEO of APL, said low sulfur fuel is between $250 and $300 per ton more expensive than the fuel the carrier is using today.

“The reality is that we are being suddenly exposed to $15 billion in additional spend, so we have to reduce consumption and try to convince customers to pay more,” Sartini told JOC.com.

“We will challenge ports to be more efficient, and we will have to review and adjust our speed again. We will share full transparency, but we will have to pass the cost on to our customers,” he said.

Sartini’s warning that slow steaming would make a comeback echoed comments by Maersk Line’s Europe CEO Karstens Kildahl, who told JOC’s Container Trade Europe September conference in Hamburg that slowing down ships would help the carrier manage the estimated $2 billion that LSF would add to its annual costs.

While all the fuel surcharges purport to offer greater transparency, carriers appear unable to allay shipper concern that new BAFs won’t accurately reflect the true cost of container lines meeting stricter low-sulfur emission rules. This builds on long-standing suspicion that they are paying too much for fuel.

A survey conducted by global shipping consultancy Drewry found considerable unease among global shippers and forwarders ahead of the LSF implementation. Particular uncertainty and concern was expressed by respondents about ocean carriers’ methods of fuel cost recovery with more than half (56 percent) stating that they did not consider their service providers’ existing approaches as either fair or transparent.