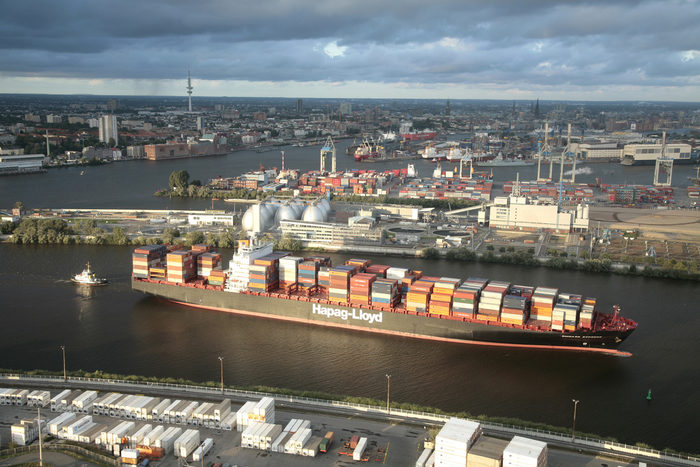 Container ship capacity on Asia-Europe in the second quarter is projected to be well ahead of demand that will need to grow a lot more than the forecast 4 percent this year to absorb the new tonnage floating into service.

The capacity scheduled to be deployed on Asia-North Europe in the second quarter will grow by 8.8 percent year over year, while Asia-Mediterranean capacity will rise by 6.5 percent, according to data from SeaIntel Maritime Analysis.

IHS Markit analysts have forecast that demand for containerized volume on the Asia-Europe trade will grow by not much more than 4 percent for the year, actually declining slightly compared with 2017, before growing again through 2019 and 2020.

The injection of new capacity will also come as the spot market retreats further in the post-Chinese New Year slack season. Spot freight rates on China-North Europe have lost more than 20 percent of their value since February, according to the Shanghai Shipping Exchange’s Shanghai Containerized Freight Index. The weekly rate movements are tracked at the JOC Shipping & Logistics Pricing Hub.

While this is the slow season, limited withdrawn sailings, declining rates, and excess capacity suggests carriers on the trade are prioritizing market share. This was something picked up by transport research analysts at Jefferies, who said in a note to customers, “We sense the container lines are focusing on market share and this traditionally means rates being discounted.”

The investment bank said CMA CGM in an earnings call expected 2018 to be a tale of two halves with a weak first half followed by stronger second half as the orderbook skewed toward deliveries in the first six months and a later-than-expected rebound in demand and rates from late Lunar New Year.

Alliances may mop up some capacity

Alphaliner said what could possibly mop up some of the capacity flooding into the Asia-Europe trade are revamps of service networks by the three alliances. THE Alliance,  Ocean Alliance and the 2M Alliance are set to boost the capacities of existing services on the route with the phase in of various newbuildings of 14,000 to 22,000 TEU.

“The expected increase in overall slot capacity from new service launches and capacity upgrades on existing services will put significant pressure on freight rates in the coming weeks,” the analyst noted.

CMA CGM will also change its standalone FAL-SEANE service, with the frequency increased to weekly from March and the service extended from Southeast Asia to South China, Alphaliner said.

The 2M carriers, Maersk Line and Mediterranean Shipping Co., which just announced a revamp of their Asia-Europe services, are also expected to upgrade the AE-6/Lion loop with 15,500 to 16,800 TEU vessels to replace the current ships of 13,000 to 14,000 TEU. Alphaliner said the upgrade makes sense as the service will be de-coupled from the trans-Pacific TP-6/Pearl pendulum. On its remaining five Asia-North Europe loops, the 2M will deploy 58 ultra large container vessels, including 51 mega-ships of 18,000 to 21,000 TEU.

The 8.8 percent capacity growth in the second quarter has brought capacity management requirements back into the picture. SeaIntel said if carriers instead targeted capacity growth of a more modest 5 percent, they would need to blank a combined 112,000 TEU over the 12-week period, or an average of 9,300 TEU per week. With an average vessel size of 15,100 TEU, SeaIntel said that corresponded to the blanking of 7.4 average-sized sailings.

To limit capacity growth on the Asia-Mediterranean trade to 5 percent year over year, carriers would need to blank a combined 25,000 TEU over the next 12 weeks, or about 2,000 TEU per week. With an average vessel size of 11,200 TEU on the trade, that corresponds to the withdrawing of 2.2 average-sized sailings.