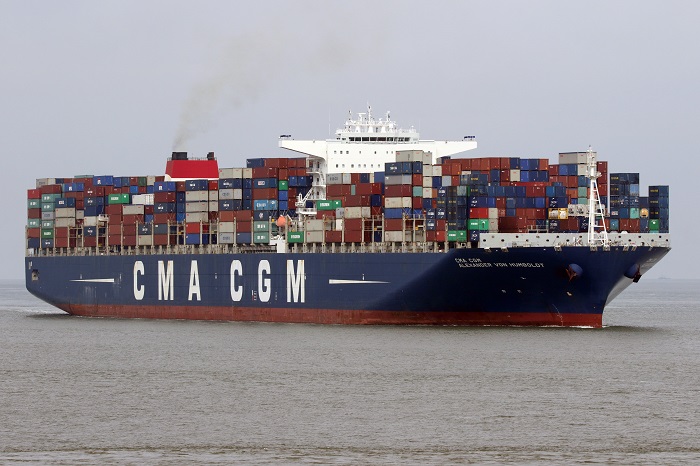 Sailing withdrawal announcements on trades between Asia, North Europe, and the Mediterranean are beginning to flow in for the slow season, as ocean carriers implement actions to rebound from first-half losses. Left unresolved, however, is whether carriers will cut capacity like they did on the trans-Pacific during the US ocean peak season. Photo credit: Shutterstock.com.

Sailing withdrawal announcements on trades between Asia, North Europe, and the Mediterranean are beginning to flow in for the slow season, as ocean carriers try to take advantage of improving market fundamentals and rebound from first-half losses exacerbated by higher-than-usual fuel prices.

The Ocean Alliance of Cosco Shipping, OOCL, CMA CGM, and Evergreen is canceling two Asia-North Europe sailings, and two sailings each to the East and West Mediterranean in October. 2M carrier Maersk Line has announced it will suspend an unspecified Asia-North Europe 2M service in either late September or early October to “balance our network in line with market requirements,” and Hapag-Lloyd will have two void sailings on Asia-Europe and two on Asia-Mediterranean in October as it removes vessels for maintenance.

In the business of shipping containers, raising rates is obviously a critical component of carrier profitability, but it is even more important with bunker fuel prices currently more than 44 percent higher than at the same time last year and adding to unit costs.

It’s too soon to tell whether carriers will cut capacity like they did on the trans-Pacific during the US ocean peak season. Responding to higher fuel costs, tariff threats, and reduced reliability driven by a typhoon in Asia, carriers cut nearly 7 percent of capacity from Asia to the US West Coast and slightly more than 1 percent of capacity to the East Coast. That, coupled with a rush by importers to get peak season cargo as a hedge against tariff escalation, has driven up spot rates — with the West Coast spot rate of $2,086 per FEU about $900 above service contract rates, according to the Shanghai Containerized Freight Index (SCFI).

While the rush to ship on the trans-Pacific does not extend to Asia-Europe, the alliances on the trade will be withdrawing a significant number of sailings, mostly in October, in an attempt to better balance supply and demand and retain any peak season freight rate momentum.

The annual peak shipping season on the Asia-Europe trade is proving difficult to read, with demand falling even as spot rates remain at a 12-month high and Turkey’s financial and economic turmoil dragging down volume and adding to the uncertain outlook. Despite record container throughput recorded at some North Europe ports in the first half, much of it from growing trans-Atlantic business, volume on the crucial Asia-Europe trade actually declined in the second quarter. Among Europe’s busiest container ports, it was only Rotterdam that saw its Asia-Europe import volume growing in the first half, with Antwerp, Bremerhaven, Hamburg, and Felixstowe all posting either flat or declining throughput, according to data from Container Trade Statistics.

Declining volume in the second quarter did little to hold down the spot market, with emergency bunker surcharges, rate increases, and peak season surcharges all lifting rates that have soared 37 percent since reaching a 2018 low on April 20. Asia-Mediterranean rates are 34 percent up since April. The weekly rate movements of the Shanghai Shipping Exchange’s SCFI are tracked at the JOC Shipping & Logistics Pricing Hub.

Maersk Line, in its “sensitivity guidance” formula, illustrated the impact of freight rates on a carrier’s finances. The formula indicates that for the rest of the year, a rise or fall of $100 per FEU will have a $700 million positive or negative impact on the carrier’s earnings before interest and taxes. Maersk eked out a $26 million profit in the first half, thanks only to discontinued operations.

However, the sailing cuts and rate increases come as the second half outlook begins to brighten. In a note to customers, investment bank Jefferies said there were signs of an improving container shipping market. The bank said spot rates have now risen to their highest level in four years and it expected a slowdown in new vessel deliveries and increased idling to keep shipping capacity relatively stable in the second half after a 9.5 percent surge in the first six months.

The orderbook is currently at 12 percent of the existing fleet and scrapping activity is down 86 percent from last year, with just 44,000 TEU leaving the fleet through June, according to IHS Markit. Extrapolated over the full year, the number of box ships sold for scrap could be the lowest since 2011.

The total new container ship capacity due to be delivered by the end of 2018 will come to about 1.3 million TEU, and about 30 percent of that new capacity will be for mega-ships of 18,000 to 25,000 TEU. Cosco Shipping, the carrier with one of the industry’s largest order books, has so many large vessels coming online that it decided to defer delivery of 10 mega-ships with a total capacity of 166,576 TEU to 2019.

IHS Markit’s Maritime & Trade Fleet Capacity Forecast predicts the global container fleet will increase 5.4 percent this year as container volume rises 5.3 percent. It is a balance between supply and demand that has been missing from the industry for a long time.