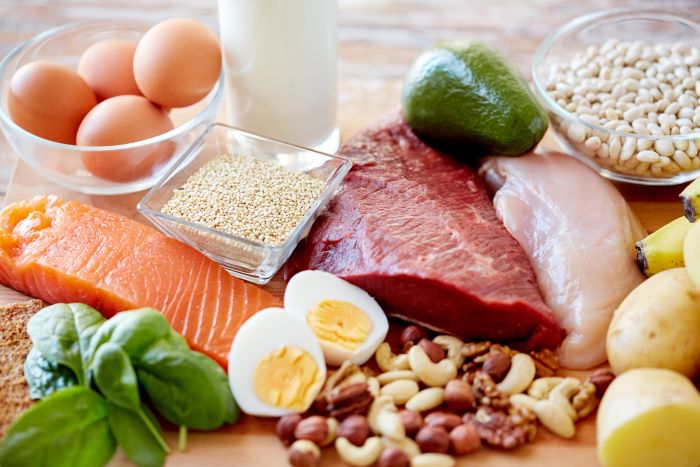 Containerized US food imports were on a five-year roll headed into the COVID-19 crisis, averaging nearly 5 percent year-over-year growth since 2015. Photo credit: Shutterstock.com.

It’s hard to imagine an industry more distinctly impacted — both positively and negatively — by the COVID-19 pandemic than the food sector, particularly coming off double-digit US import growth in 2019 that’s part of a longer-term trend of increasing food imports.

While other industries have seen massive increases or decreases in demand, food importers have been affected by an upheaval in consumption patterns and the channels through which end-consumers purchase food. A nosedive in patronage at restaurants, for instance, has forced suppliers to the restaurant and commercial food industries to reshape their supply chains on the fly to cater to more end-consumer demand and grocery channels.

In some cases, that’s created a need to shrink large shipments of foodstuffs into smaller, single-family use packages as consumption shifts to more e-commerce deliveries, prepared meal kits, and curbside pickups.

How this change in end consumption rebounds on imports is difficult to forecast at the moment. A number of publicly traded food brands canceled their full-year 2020 guidance in first-quarter earnings calls due to the extreme uncertainty surrounding when consumer spending patterns return to something approaching normal.

As one third-party logistics provider (3PL) put it to JOC.com, “People vastly underestimate the extent to which food supply chains are global. That doesn’t change overnight.”

According to data from PIERS, a sister company of JOC.com within IHS Markit, containerized US food imports were on a five-year roll headed into the COVID-19 crisis, averaging nearly 5 percent year-over-year growth since 2015. That growth swelled in the last two years, as volumes rose 7.7 percent from 2017 to 2018 and another 10.1 percent from 2018 to 2019.

Imports from Northern Europe and the Mediterranean regions accounted for 49.1 percent of the 1.52 million TEU of foodstuffs brought into the US in 2019, a slight decline from 49.6 percent in 2018. The continuing dominant market share from Europe as a whole is largely due to rapid growth in imports from the Mediterranean, up 13.8 percent year over year in 2019 and an average of 7.2 percent over the past five years. By comparison, imports from Northern Europe grew 5 percent in 2019 and 2.9 percent annually since 2015.

The Port of Savannah, albeit from a small base, saw the largest growth in containerized food imports among US ports in 2019, increasing 11.9 percent to 78,460 TEU. The three largest gateways for food imports in 2019 were New York–New Jersey (up 6.3 percent), Los Angeles and Long Beach (up 3.6 percent), and Oakland (up 9.5 percent).

Markets for imported and exported foods are not drying up, despite a crimp in air freight capacity caused by the grounding of passenger flights and ocean freight capacity due to blanked sailings by carriers. That’s compelling 3PLs catering to the food industry to get creative. In some instances, some perishable food shippers are finding that ocean is a more realistic mode than air due to backlogs of essential goods waiting for air freight capacity as well as the sky-high cost of air cargo, an executive with one 3PL told JOC.com.

Snack food maker Mondelez International, for instance, said in its first-quarter 2020 earnings report that it has focused on “supply chain continuity” and expected demand to be strong for its goods. Nestle in early April said it was prioritizing the securing of raw materials and packaging to cope with presumptive shortages, while advising areas not hit hard yet by COVID-19 to build up inventories of critical supplies.

Food shippers and 3PLs told JOC.com that technologies capturing and contextualizing demand signals and point-of-sale information will become more important than they’ve been in the past. The benefit of more grocery shopping migrating to online ordering platforms is that information becomes more structured. That will help food shippers better capture real-time demand to adjust inventory placement and throttle movement of their cargo better.