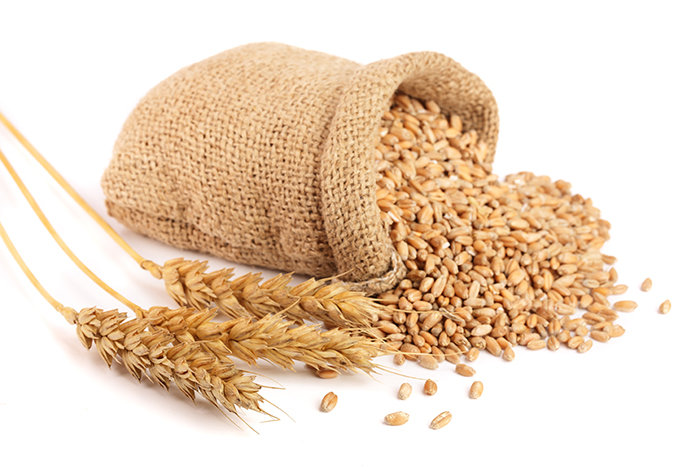 US containerized agricultural exports grew 6.7 percent year over year in 2019, as a 4.5 percent drop in China-bound volume was offset by increases in shipments to Japan, Taiwan, and South Korea. Photo credit: Shutterstock.com.

Agricultural producers in the United States managed to increase their export volumes last year despite a decline in shipments to China, as increased demand in other Northeast Asian nations more than made up the difference.

Total US containerized ag exports grew 6.7 percent year over year in 2019, even as China-bound volume slipped 4.5 percent due to the back-and-forth tariff battle between the two nations, thanks in large part to increases in shipments to Japan, Taiwan, and South Korea, according to data from PIERS, a sister product of JOC.com within IHS Markit. China is the world’s third-largest market for US agricultural products, after Japan and Taiwan, which last year increased their imports of US agricultural goods 12.7 percent and 6.3 percent, respectively.

Nearly five months into 2020, however, agricultural shippers say their main concerns are logistical issues such as blank sailings in the trans-Pacific, ocean carrier detention and demurrage charges, and supply chain disruptions due to “earliest return date” (ERD) mandates that add cost to shippers’ supply chains and reduce their competitiveness in global markets.

The Federal Maritime Commission (FMC) in late April finalized rules intended to ensure fairness for all parties in addressing detention and demurrage charges after some 65 trade associations representing ag shippers, transportation intermediaries, and truckers asked the commission to intervene.

The US specializes in quality farm products including soybeans, specialty grains and legumes, and meat and poultry that appeal to middle-class consumers in Northeast Asia. Other than declining exports to China, ag exports to the region remained strong in 2019. The five-year compound annual growth rate (CAGR) of US containerized ag product exports to Japan is 2.9 percent, to Taiwan 8.6 percent, and to South Korea 3.1 percent, according to PIERS.

China’s five-year CAGR, on the other hand, is -3.1 percent. US agricultural interests had anticipated that the country’s growing middle class would reverse that trend, but the two-year-old US-China trade war derailed those hopes. Beginning in 2018, the Trump administration levied tariffs on US imports from China, and China retaliated with tariffs on exports from the US.

Generally, US farm products, such as soybeans, enjoy the advantage of being of higher quality than those exported from other growing countries. US producers also benefit from efficient supply chains and a well-established transportation infrastructure compared with competitors in other countries, said Mike Steenhoek, executive director of the Soy Transportation Coalition.

Disadvantages US growers face include a strong dollar compared with other currencies, which makes US soybeans less competitive in global markets. China’s tariffs further inflate the cost of US soybeans compared with soybeans from other exporting countries, especially large producers such as Brazil.

Last year, Brazil supplanted the US as the world’s largest soybean grower. Meanwhile, the value of the dollar in 2017 was about 3.3 Brazilian reals, and today the exchange rate is 5.8-to-1, Steenhoek noted. Add to the currency disadvantage China’s 25 percent tariff on US soybeans, and “big economic headwinds remain” in the coming year, he said.

When US imports from Asia plunged in February because of the Lunar New Year holiday factory closures in Asia, carriers canceled dozens of sailings, which is normal at that time of year. But Chinese factories remained closed for several additional weeks due to the COVID-19 crisis. Demand in the US then declined rapidly as the coronavirus spread and the country began to implement lockdown measures aimed at stemming the outbreak, so carriers continued to blank sailings. The 25 to 30 percent capacity reduction in the trans-Pacific, which is expected to continue into June, is reducing outbound vessel capacity from US ports and disrupting exporters’ supply chains.

“Our shippers and forwarders say their biggest challenge is getting timely bookings and ship space,” said Bruce Abbe, strategic adviser to the Specialty Soya and Grains Alliance, which represents specialty agricultural producers and soybean exporters. “With all of the cutbacks in the number of vessels, and freight getting bumped onto fewer ships in the alliances, we’re seeing larger ships making more port calls, and the transit time to reach destinations on time is becoming an ever-greater problem. More transshipping is causing longer delays en route.”

With canceled sailings and ports of call being shifted, it’s difficult to align production at the export facilities with transportation schedules, an alliance member told Abbe. “How do we guarantee we can get [the shipment] to our customers?” the shipper asked.

Although carriers cancel sailings because of declining US imports, which constitute the headhaul lane in the trans-Pacific, when imports of containers moving to inland population centers decline, there are fewer containers available at urban hubs to be unloaded and refilled with export commodities. That creates equipment shortages for agricultural shippers in the interior of the country.

A survey of ag shippers regarding equipment availability at inland hubs revealed that equipment availability in Chicago, Kansas City, and the Ohio Valley continues to fluctuate depending upon import volumes, Abbe said. “Chicago is a moving target right now. One week, one carrier will be short. Next week, it will be another carrier at a different yard,” one shipper said.

Several of members of the Specialty Soya and Grains Alliance reported equipment was difficult to secure in Minneapolis, while another ag exporter cited occasional shortages in Toronto, Abbe said. Equipment availability is sufficient at West and East Coast ports, he added.

Due to supply chain disruptions from COVID-19, ag exporters report that their transportation costs have increased as carriers charge fees for demurrage (storing containers at marine terminals beyond the free-time allowance) and detention (the late return of equipment). Ag shippers have complained to the FMC they are sometimes penalized even though their truckers have been shut out because terminals have canceled work shifts due to plunging cargo volumes caused by the blank sailings.

In a related development, blank sailings are forcing carriers to change — some shippers say without sufficient notice — the earliest return date that an export container can be delivered to the marine terminal.

“Ocean carriers and marine terminals must find systematic ways to communicate schedule changes to merchants and the trucking community to reduce delays and dry runs,” Symonanis said. Earliest receiving date changes have increased significantly in the current crop-marketing year, resulting in delays and extra costs to merchant members, he said.

Symonanis added that the American Cotton Shippers Association at its virtual conference on April 28 announced policy positions on ERDs, chassis interoperability, street-turn fees, and vessel capacity, all issues that cotton shippers want to address in their dealings with carriers and regulators.

The FMC in late April released a document intended to provide guidance for formalized rule-making on detention and demurrage issues. The World Shipping Council, which represents ocean carriers, told JOC.com at the time it was reviewing the 90-page document.

“Because the purpose of the commission’s interpretive rule is to provide guidance to an administrative law judge in future complaint cases at the FMC, it will take some time to determine the effect of the guidance, especially since the commission has properly pointed out that each case must be decided on its own facts,” said John Butler, president and CEO of the World Shipping Council.