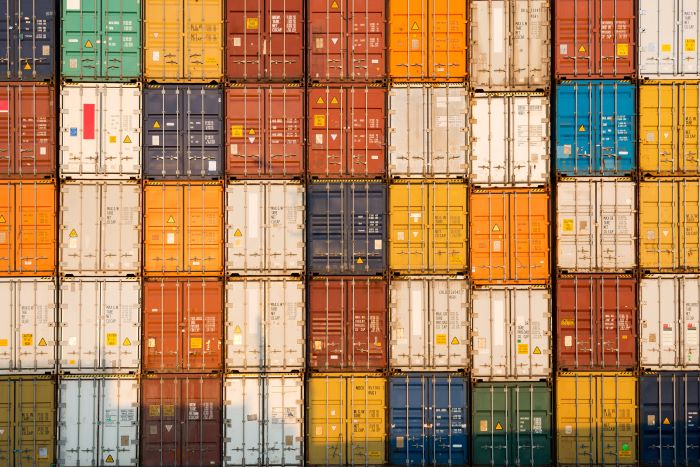 The US-China trade war will put a dent in the 2019 earnings reports of the world’s two biggest container manufacturers. Photo credit: Shutterstock.com.

CIMC, the world's largest box manufacturer, said net profit for 2019 was likely to fall between 47 to 62 percent compared with 2018.

“In 2019, the group's container sales and revenue both declined as compared to those of the corresponding period” of 2018, CIMC said in a profit warning announcement to the Hong Kong stock exchange.

The company said it is still in the process of preparing its consolidated annual results for 2019, which are expected to be released by the end of March.

But highlighting the travails of the container manufacturing sector in its third quarter report last October, CIMC said the influence of trade frictions slowed the demand for container transportation during the year.

“Slowing demand and pessimism brought by the trade frictions resulted in fewer purchases of new containers by customers,” it said.

The company added that sales of dry freight containers fell almost 41 percent to 717,500 TEU in the first nine months of last year, down from 1.2 million TEU in the same period of 2018.

Singamas CEO Teo Siong Seng linked the decline to “trade tension” between the US and China. “With soft demand in new containers and intense competition in the market, the average selling price of a 20-foot dry freight container dropped substantially as compared with the preceding year, which affected the performance of the group,” Teo said in a statement to the Hong Kong stock exchange.

Singamas said its forecast $95 million net loss compared with $72.3 million net profit in 2018. The 2019 result will include $25 million in non-recurring losses due to foreign exchange fluctuations and losses on the disposal of several affiliated companies last year.

The 2018 result included a one-time gain of $65.6 million from the disposal of Hui Zhou Pacific Container.

Teo added that even though the upcoming financial year remains challenging, the company believed its focus on specialized containers would prove to be correct given increasing demand for those items.