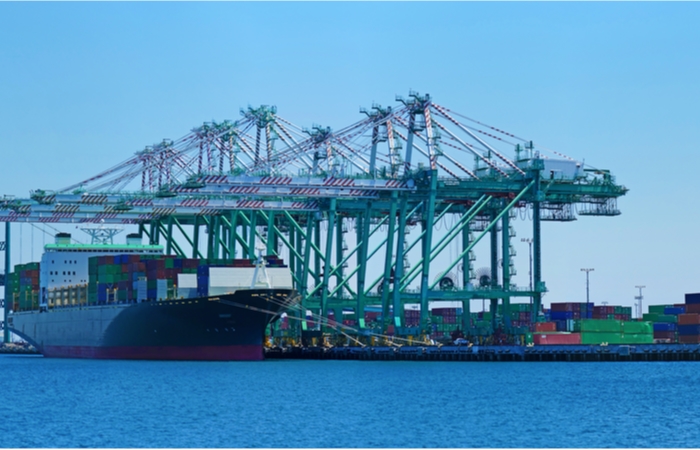 Rates from China to the US West Coast have risen sharply, with GRIs, front-loading, and capacity management all playing a role in the perennial carrier struggle to balance supply with demand. Photo credit: Shutterstock.com.

Spot rates on the trans-Pacific rose strongly last week as capacity withdrawals, general rate increases, and cargo being shipped early to avoid United States tariffs due to go into effect Dec. 15 tipped the supply-demand balance in favor of carriers.

The latest reading of the Shanghai Containerized Freight Index (SCFI) shows the rate from Shanghai to the US West Coast rose 16.7 percent to $1,588 per FEU, although the rate is 36 percent below the same week last year.

The late summer-fall peak shipping season this year has been a disappointment in comparison to recent years. With the US-China trade war now in its second year, imports from Asia are up only 1.6 percent from January-August 2018. By comparison, US imports from Asia in calendar year 2018 increased 7.1 percent from 2017, according to PIERS, a JOC.com sister company within IHS Markit.

But after declining through much of the peak shipping season for US imports from Asia, spot rates began to climb two weeks ago. The return to production at factories in China that had been closed in early October for the Golden Week celebration coincided with aggressive capacity management by carriers.

Thirty seven blank sailings have been announced for October-November thus far, and at least one weekly trans-Pacific service will be suspended for about four months. Capacity withdrawals are also being made for scrubber retrofits and tank cleaning ahead of the Jan. 1 switch to low-sulfur fuel.

These limits to supply come as demand grows on the trans-Pacific. The National Retail Federation (NRF) and Hackett Associates projected in August that containerized imports in November will increase 8.8 percent over November 2018 as cargo was shipped early to avoid Trump administration tariffs of 25 percent on about $300 billion of imports from China scheduled to take effect Dec. 15. Many of the items will be charged duties for the first time during the trade war, including popular electronic products such as smart phones and laptop computers.

There are reports that China and the US are close to reaching a trade deal that would cancel the Dec. 15 tariffs, but given the two to three weeks it takes for trans-Pacific services to reach North American ports, most of the tariff-beating orders have already been placed.