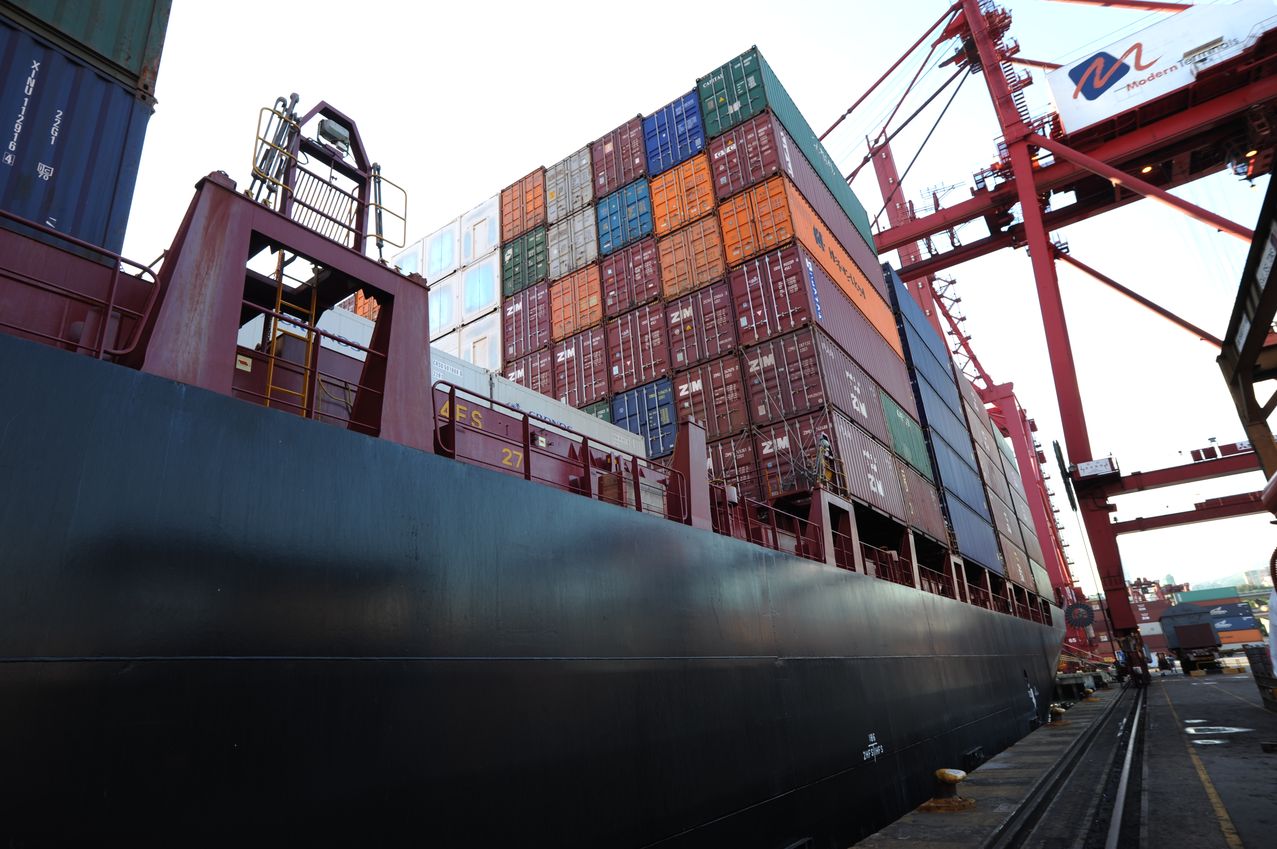 The lack of canceled sailings on the major east-west trades is puzzling container shipping analysts following the disciplined capacity management displayed by carriers in the first half that turned around several years of losses.

Traditionally in the slack seasons, carriers will blank sailings to better match up supply with weaker demand, with the fourth quarter a prime period for this capacity management. However, SeaIntel has added its bemused voice to that of Drewry in questioning carrier strategy.

Writing in its Sunday Spotlight newsletter, SeaIntel said across the combined Asia-Europe and trans-Pacific trades, capacity is scheduled to only contract by 2 percent in contrast with the 6.4 percent to 15.2 percent that capacity has contracted in the fourth quarter relative to the third quarter in every year in the past five years.

“As we do not believe that seasonality has suddenly stopped being a factor in the East/West trades, we see only two likely consequences: either carriers announce a significant number of blank sailings in the coming weeks, or alternatively continue what is possibly a game of blank sailings ‘chicken’, with poor utilization and depressed freight rates as a result,” the analyst said.

This leaves carriers in an interesting position, and it appears that drastic measures will need to be taken to lessen the impact on rates. SeaIntel said capacity in the fourth quarter was to contract to the average levels of 2012 to 2016, an additional 24 average-sized sailings will have to be blanked on Asia-Europe, and an unprecedented 58 average-sized sailings will need to be canceled on the trans-Pacific.

The analyst looked at each of the four main routes and found that on Asia-Europe, assuming seasonality holds, 5.1 percent more capacity would need to be taken out in the coming weeks to bring it in line with the levels recorded in weeks 43 to 52 on average in 2012 to 2016. This would mean that 172,000 TEU of capacity would need to be blanked, and with an average vessel size of 14,400 TEU on Asia-North Europe, this would require the blanking of 12 additional average-sized sailings.

On the Asia-Mediterranean trade, post Golden Week deployment will see a capacity reduction of 23.7 percent relative to the third quarter, whereas the average of the preceding five years was a 30.6 percent reduction relative to the third quarter. SeaIntel said this was a significant difference of 6.9 percent, equating to 128,500 TEU. With an average vessel size of 10,900 TEU, 12 average-sized sailings would need to be blanked to match the seasonality trend of previous years.

The need for blanked sailings on the trades across the Pacific was even greater. On the Asia-US West Coast, an additional 6.6 percent of capacity needs to be blanked in roughly the next 10 weeks to match the seasonality seen in the previous years. In terms of capacity, 6.6 percent equates to 251,000 TEU, and with an average vessel size of 7,400 TEU, SeaIntel said a massive 34 average-sized sailings would need to be blanked.

On the Asia-US East Coast, the capacity contraction relative to the third quarter will leave a massive gap of 9.9 percent, which equates to 189,000 TEU of additional capacity that needs to be blanked. Given that the average vessel size in the Asia-US East Coast trade lane is 7,700 TEU, 24.5 average-sized sailings would need to be blanked in order to match the 2012 to 2016 average relative quarter-over-quarter contraction.

SeaIntel concluded that unless carriers announced an extensive blank sailings program in the coming weeks, “we are more likely to see a Q4 with considerable over-capacity, which is likely going to put freight rates under severe pressure as we head into 2018.”

This was the same conclusion reached by Drewry that warned annual service contract negotiations, which have already started between shippers and carriers on the Asia-Europe trade, could be threatened.

“One of the cornerstones of our assessment that carriers will improve profitability next year in spite of a heavy burden of new ships is that we expected them to demonstrate the same level of capacity management skills as they have in the recent past,” Drewry noted in its Container Insight Weekly.

However, the analyst said there has been a complete lack of service suspension announcements for the traditional shipping slack season in the fourth and first quarters.

“That would be understandable if demand and freight rates were strong, but that isn’t the case now as spot prices on the East-West trading routes have been on a downwards spiral for a number of months. This situation is most significant in the Asia-Europe corridor where annual contract negotiations are already under way. Every weekly deflation to spot rates further weakens carriers’ negotiating position.”

The weekly rate movements of the Shanghai Shipping Exchange’s SCFI are tracked by JOC.com’s Market Data Hub and it shows that after reaching $951 per TEU on June 30 the rate fell steadily before rising slightly to last week’s level of $779 per TEU. Rates are still $134 per TEU below where they were at the same week in 2016.

In its Container Shipping Outlook, BIMCO’s chief shipping analyst Peter Sand said the rates on key trades have fallen to a level where any profits that may have been made had now evaporated. He shared the assessment of Drewry and SeaIntel that to stop declining profit levels, carriers needed to strike the right supply-demand balance.

“For the coming months, volume will decline seasonally until February. During that period, however, the fleet is expected to continue growing. Handling this will be a recurring seasonal challenge,” Sand noted.