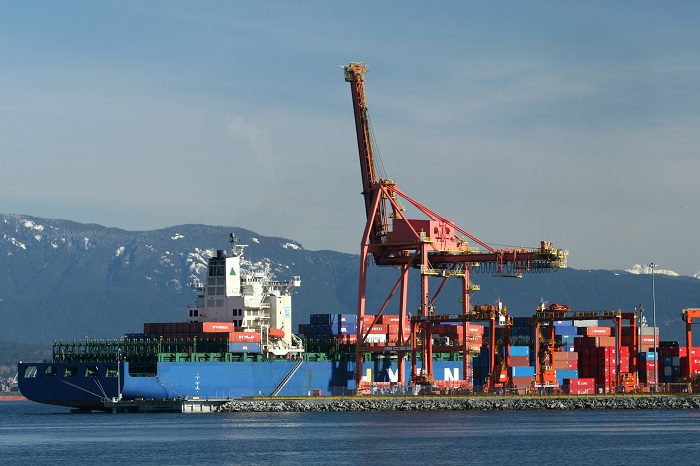 Just days after SM Line’s request for collaboration with Hyundai Merchant Marine was rebuffed, the fast expanding carrier announced that its second Asia-US West Coast service will begin in early May.

The Pacific Northwest Service will connect China to Vancouver and Seattle as SM Line continues to expand its presence on the Asia-North America trade and meet growing demand for services on the trans-Pacific, where the carrier has made significant inroads since its launch in March 2017.

In the months since it began operations SM Line has carried 187,910 TEU, capturing 1.6 percent of the 11.9 million TEU imported through US West Coast ports in 2017, which grew by 3 percent, according to PIERS, a sister product of JOC.com.

“This new service will further enhance our trans-Pacific service coverage and will underline SM Line’s commitment to widen our North America presence,” SM Line said in a statement. The weekly service will start from the Shenzhen port of Yantian in the first week of May using six 4,000 TEU vessels, and the port rotation will be Yantian, Ningbo, Shanghai, Pusan, Vancouver, Seattle, Tokyo, Pusan, Gwangyang, and Yantian.

However, SM Line's growing presence on the trans-Pacific container shipping scene was not enough to entice cooperation from HMM, which said on Jan. 9 that it had received SM Line’s formal proposal for unconditional cooperation. When asked if HMM would consider working with its rival, a spokesperson for the carrier told JOC.com’s sister publication Fairplay, “We’re not reviewing anything regarding SM Line. As HMM is not 100 percent sure about SM Line’s service reliability, an unconditional co-operation seems difficult, with many uncertainties. Co-operation, such as joint operations or slot exchanges, seem unfeasible for a while.”

It was a stern dismissal of its South Korean compatriot, but HMM is instead believed to be making plans to cooperate with Israel’s ZIM Line on US East Coast services. Another factor that might have played a role is the fact that HMM also has a strategic cooperation agreement with 2M carriers Maersk Line and Mediterranean Shipping Company that includes slot exchanges on the Asia-US West Coast and slot purchases on Asia-US East Coast, North Europe, and Mediterranean loops. HMM currently sends ships of 5,000 TEU from Asia to the US East Coast every week.

SM Line has grown its operations so quickly that it will soon offer 10 weekly services — six in the Intra-Asia trade (one of which as a slot charterer), two in the Asia-India trade (both as slot charterers) and two in the Asia-West Coast North America trade. More services will follow as SM Line aims to boost its current 50,000 TEU operated capacity at least four-fold, with new services inked for the “near future” that will connect Asia to the US East Coast, West Coast South America, Australia, the Middle East, and the Red Sea.

The carrier emerged as the dust was settling after Hanjin Shipping’s dramatic collapse in 2016, and it has been a remarkable ride for the subsidiary of South Korean conglomerate SM Group, a manufacturing and construction company that also owns bulk carrier Korea Line Corporation, which was acquired in 2013.

But there are limits to how long SM Line will benefit from its ability to deploy cheaper tonnage, and it is believed this was behind the carrier’s attempt to collaborate with HMM on services to the US East Coast in 2018.

As the US economy improves and container volume grows across the Pacific, shippers appear to be agreeable to faster services between Asia and the United States, such as APL’s speed-to-market Eagle Guaranteed service that was launched in the first quarter of 2017. Customers pay a surcharge to participate in a day-definite service, and 100 percent of the surcharge is refunded if the delivery date is not met.

Freight rates on the Asia-US West Coast trade, however, are not following the same growth pattern as container volume. Even though rates are increasing in the build up to Chinese New Year, on Jan. 12 the price of $1,514 per FEU was more than 30 percent below the rate in the same week a year ago, according to the Shanghai Shipping Exchange’s Shanghai Containerized Freight Index. The weekly rate movements on major grades is tracked at JOC.com’s Market Data Hub.

The primary reason for weak rates is the surplus capacity in the market, and carriers will need to withdraw significant capacity to match the amount of deployed tonnage in previous years. Container shipping analyst SeaIntel said the Asia-North America West Coast trade lane was currently slated to see just 6.2 percent of the total three-week Chinese New Year capacity withdrawn, whereas it was 14.7 percent, 15.3 percent, and 35.3 percent in 2017, 2016, and 2015, respectively.