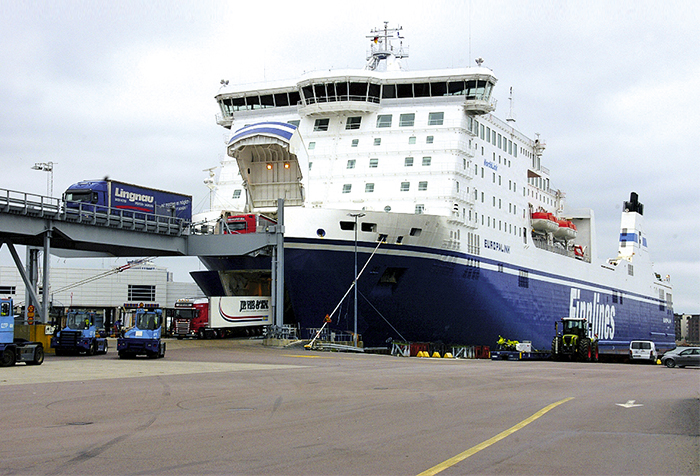 LONDON — Finnlines scraped a small profit in the first quarter as it spent heavily on technology to comply with tougher environmental regulations for ships sailing in North European waters.

Finnlines fitted 12 vessels with “scrubbers” that remove sulfur from exhaust gases and installed new propulsion systems to a further six to comply with International Maritime Organization rules that came into effect on January requiring all vessels sailing in the Baltic Sea, North Sea and the English Channel to limit the sulfur content of fuel to 0.1 percent.

The Helsinki-listed company, which is majority owned by Italy’s Grimaldi group, one of Europe’s top ro-ro operators, had to charter extra tonnage while its ships were being fitted with scrubbers, which interrupted some services.

“The first quarter was burdened with several vessels being docked for scrubber installations, but for the remainder of the year, we will have the full fleet in operation,” said Emanuele Grimaldi, president and CEO of Finnnlines.