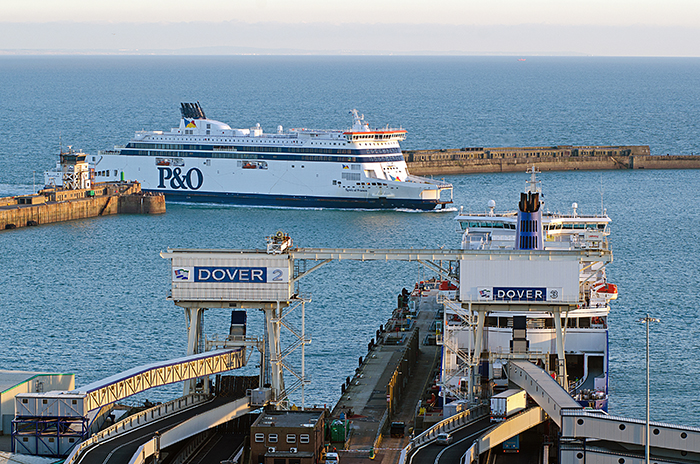 DP World’s $421 million acquisition of UK-based P&O Ferries allow the global port operator to tap rising interest in shortsea services from shippers ahead of the United Kingdom’s exit from the European Union, while extending its reach beyond the terminal.

The takeover, announced earlier this week, follows the Dubai-based terminal operator’s $765 million acquisition of European shortsea and feeder specialist Unifeeder in August last year, both of which will strengthen DP World’s intra-Europe business.

Demand for shortsea shipping options has grown with the steady deployment of mega-ships on the Asia-North Europe trade. More than 20 vessels of 20,000 TEU and above will be delivered this year alone, and that trend increases the need for transit services connecting hub gateways to smaller ports outside the mainline services, many of which lack the necessary infrastructure — not to mention demand — to attract mega-ship calls.

Another driver is Brexit. With the United Kingdom’s exit from the European Union little over a month away and no signs negotiators might consider some kind of transition period, concerns are mounting over potential customs inspection delays at the already congested Calais-Dover trade corridor and shippers are searching for alternatives. The ferry route handles 75 percent of all roll-on/roll-off (ro-ro) freight arriving by ferry from Europe every year, more than 4 million accompanied trucking units — i.e., truck, trailer, and driver. An estimated 14,000 trucks cross the UK-EU border every day, and 53 percent of UK imports originate in Europe, with the port of Dover handling 17 percent of the UK total trade in goods.

There are unlikely to be enough customs officers to handle the inspections at the UK ferry terminal that in any case was never designed for that purpose and does not have the facilities, customs experts and forwarders tell JOC.com

P&O Ferries handles around 2.5 million freight units a year on its fleet of 21 vessels on the short sea, North Sea, and Irish Sea sectors, calling at 11 ports and operating 30,000 voyages a year between Britain, France, Northern Ireland, the Republic of Ireland, the Netherlands, and Belgium. P&O Ferries calculates freight units as accompanied and unaccompanied trailers of cargo.

“This transaction is in line with our strategy to grow in complementary sectors, strengthen our product offering and play a wider role in the global supply chain as a trade enabler,” he said.

The desire to control global end-to-end container logistics is a strategy that mirrors those being employed by container lines, most notably Maersk Group, which is using in-house units Maersk Line, APM Terminals, and Damco to give customers one stop for all their supply chain needs. Other carriers such as CMA CGM, Mediterranean Shipping, and Cosco Shipping are also pursuing this strategy in varying degrees.

“The ever-growing deployment of ultra-large container vessels has made high quality connectivity from hub terminals crucial for our customers, and Unifeeder is a best-in-class logistics provider in this space with a strong reputation in Europe,” said the DP World CEO.

Hans Meeder, Unifeeder country manager for Benelux and Northern France, said the company was preparing for Brexit and was spreading the word on the benefits of using shortsea for Europe–UK cargo traffic as opposed to ferry.

“We see the advantage of using shortsea gaining more relevance,” he told business leaders at a recent port of Antwerp Brexit briefing in London. “We are used to working with customs procedures and our systems are connected to the local port community systems with direct access to customs authorities and to all the formalities required for international shipping.”

However, not all shortsea operators are experiencing rising demand. An Alphaliner’s analysis of all tonnage deployed on the intra-North Europe routes from 2009 to 2019 shows that the share of Northern European shortsea and feeder capacity controlled by main line operators (MSC, Maersk, CMA CGM, and Hapag-Lloyd) has increased from 34 percent to 56 percent over the last decade.

This comes at the expense of independent shortsea carriers and common feeder operators in Northern Europe. Meanwhile, Cosco has also been building its presence in North Europe in recent years, aided by the inclusion of OOCL’s long-standing activities in the market.