US container-on-barge services get funding boost

US container-on-barge services get funding boost 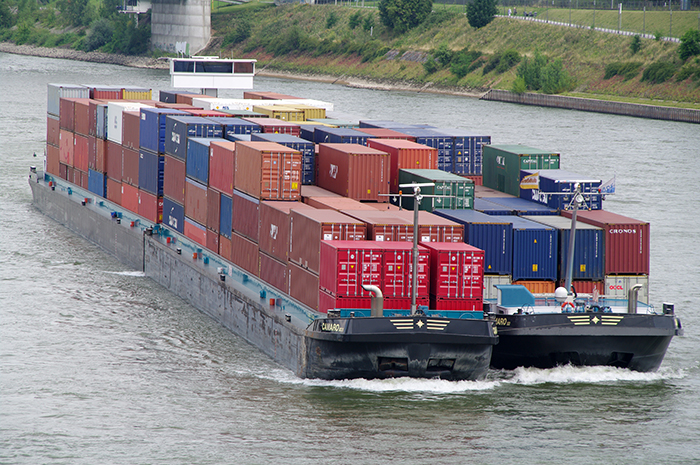 The $6.79 million in grant funding is part of a greater effort by the US Department of Transportation’s Maritime Administration to promote inland waterways as viable cargo corridors. Photo credit: Shutterstock.com.

Three container-on-barge and catamaran projects will receive a $6.79 million boost from the federal government as operators find openings where they can fend off pressure from railroads that have often undercut such efforts through lower pricing.

The US Department of Transportation’s (USDOT’s) Maritime Administration (Marad) has awarded $3.15 million to a project supporting the transport of resins between Memphis and the ports of New Orleans and Baton Rouge; $1.8 million to James River Barge Lines for the construction of an additional barge to expand its existing service between deepwater container terminals in Hampton Roads, Virginia, and the Port of Richmond; and $1.8 million to a project that aims to ship farm products from Long Island to Connecticut via a 65-foot catamaran.

“America’s Marine Highway Program is dedicated to expanding freight movement on the water and this round of grant funding will go a long way towards ensuring that our nation’s waterways continue to be utilized as effectively as possible,” Marad administrator Mark H. Buzby said.

The grants represent a continuation of Marad's effort to create viable marine highways, convinced that they can efficiently move cargo, alleviate highway congestion, and improve air quality, even in the face of criticism that they can’t be price competitive with surface modes such as trucking and rail.

The Port of New York and New Jersey has several barge projects up and running or in the works, including a marine highway backed by Marad to move cargo to Rhode Island. But elsewhere, marine highway projects have failed. The Port of Stockton, California, for example, in 2014 ended a weekly container-on-barge service to and from the Port of Oakland because it only attracted half of the volume needed, despite being supported by $13.5 million in Marad funds.

The existing Memphis to New Orleans and Baton Rouge service, operated by Seacor AMH, provides resin exporters near Baton Rouge with an additional alternative to trucking for delivery of resin-filled boxes to New Orleans. US exports of polyethylene, polypropylene, and other resin pellets are expected to more than double to more than 1 million TEU annually during the next few years. The increase is driven by manufacturers building or expanding plants in Texas and Louisiana to take advantage of low-cost feedstocks of fracked natural gas.

According to USDOT, the new barge will allow the James River Barge Lines service to handle an expected 27 percent of the cargo handled on the service, which runs along the I-64 corridor, Marad said. The service handled 27,626 containers in 2018, a 23 percent increase on the year before. The third barge would enable the service, which makes three round trips a week, to run seven days a week, with 170 containers carried on each trip.