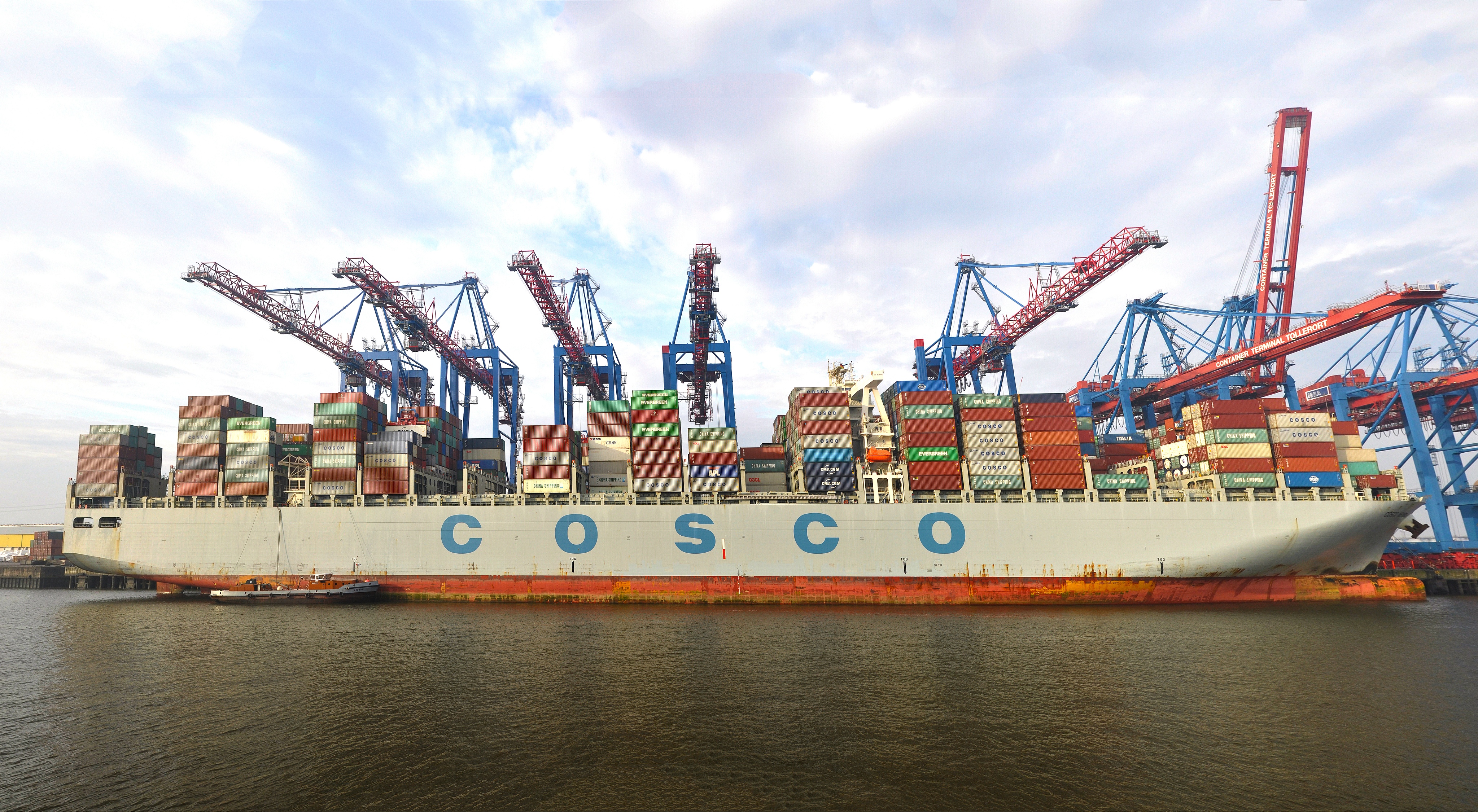 The five new mega-ship gantry cranes deployed HHLA's Tollerort terminal in Hamburg over the weekend to handle the Cosco Netherlands that were far in excess of requirements, but the giant container handling equipment is aimed well above the head of the 13,400-TEU Chinese vessel.

More than 7,000 TEU were loaded and discharged from Cosco Netherlands before it left on Saturday evening in a check for the readiness of the five gantry cranes to handle the 18,000 TEU-plus mega-ships that are rapidly becoming the ship of choice on the Asia-North Europe trade.

“Processing the Cosco Netherlands was a first test of our new mega-ship gantry cranes,” said HHLA Container Terminal Tollerort managing director, Thomas Koch, adding that the berth was now equipped to process the largest vessels in the world.

Like all ports serving the growing Asia-North Europe trade, Hamburg does not have a choice. The number of ultra large container vessels calling at the Port of Hamburg has risen sharply over the past two years. In the first half of 2017, ships with a capacity of 18,000 TEU or more called at the port 54 times — more than five times more than in the first half of 2015. For the class of vessels with capacities of between 14,000 TEU and 17,999 TEU, the number of calls has more than doubled.

“HHLA made the necessary investment at the right time to make its container terminals fit for the largest vessels in the world, which are increasingly being deployed by the shipping alliances,” said HHLA executive board member Jens Hansen.

New analysis from SeaIntel shows just how dominant the larger vessels will be on the Asia-Europe trade. The analyst found that the total number of weekly services between Asia and Europe has been steadily declining, predominantly due to the phase-in of the larger vessels that has brought an element of capacity injection into the trade incommensurate with the demand growth.

SeaIntel looked at the percentage of vessels per week in the trade that were 14,000 TEU in size or larger and found that over the past year, the share of mega vessel departures grew from 5 percent to 45 percent — a nine-fold increase in the importance of these vessels.

“However, the development does not stop there. From now until 2020 we will see the additional delivery of more than 90 vessels with sizes in excess of 14,000 TEU, and if we focus purely on the vessels sized 18,000 TEU and above, we will see almost a doubling in the numbers,” the analyst stated.

With the current orderbook of mega vessels, SeaIntel said by the end of 2020, 88 percent of the ships on the Asia-Europe trade would be in excess of 14,000 TEU. Importantly, the Asia-Mediterranean trade will by end-2020 be 83 percent comprised of vessels in excess of 14,000 TEU, and will be entirely unable to absorb more than a small portion of the spillover from the North European trade.

“Looking at the Asia-Europe data specifically, we are already close to the limit of what this trade can reasonably expect to absorb until 2020 in terms of vessel upgrades. Further bouts of mega-vessel ordering in the 18,000-plus TEU category is highly likely to result in excess capacity issues,” SeaIntel noted.

“But looking at the issue solely from the perspective of the unit costs on an individual vessel — especially if the vessel can be ordered at low prices — will make such an investment look attractive in itself. The problem arises if all carriers decide to pursue this scale economy.”

The global average call size in the first quarter of 2017 rose 12.6 percent year over year to 1,076 containers, according to data supplied to IHS Markit by the world’s largest container ship operators. Ships with capacity larger than 10,000 TEU accounted for 10.7 percent of port calls in the first quarter, up from 8.5 percent in the same period the previous year, according to the data, which covers 879 terminals in close to 500 ports globally.

Ports across Northern Europe — Rotterdam Antwerp, Le Havre, Felixstowe, and London Gateway — have invested heavily in infrastructure to accommodate the growing size of ships operating on the trade. But as Jonathan Beard, executive director and head of transportation and logistics Asia for Arcadis has pointed out, the gains when set against the capital expenditure costs are not always clear.

Mega-ships are only 25 percent longer than vessels of 7,400 TEU, limiting the ability of ports to deploy more cranes per ship. A crucial question that Beard said remains to be answered was: “What is the return on investment and are customers willing to pay for superior productivity?”

How to Improve OTIF: 15 Tips for On Time and In Full Delivery
END_OF_DOCUMENT_TOKEN_TO_BE_REPLACED