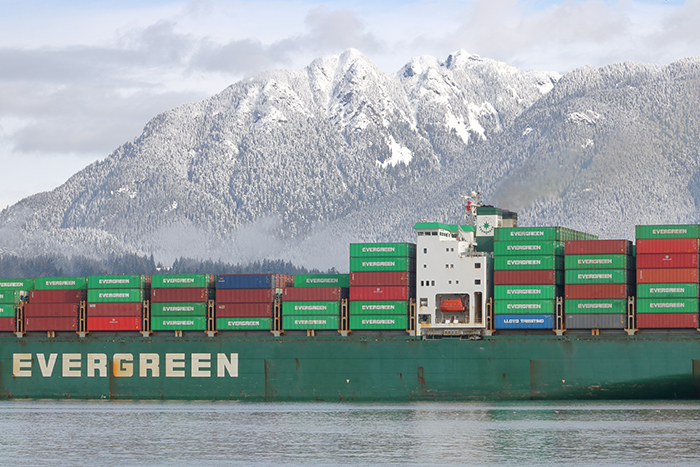 Evergreen Line has placed an order for eight newbuilds of 11,000 TEU and says it will charter 12 units of the same size, although it is unclear if those charters will also be newbuilds.

The orders come after Cosco and Yang Ming delayed delivery of roughly 200,000 TEU of capacity to 2019 amid signs overcapacity remains in the market, as some Asia-Europe 12-month contracts signed for the next year are coming in at or slightly below 2017 levels despite growth in volume, which IHS Markit estimates will come to 4.8 percent.

“Evergreen Marine Corp. emphasizes that the aim of these newbuilding programs is to meet future market demand and to continue with its ongoing fleet renewal,” the company said in a statement. “With the delivery of the new ships, Evergreen will redeliver older chartered vessels upon expiry of their charter periods.”

IHS Markit forecasts that the global container trade will expand 4.9 percent next year, and that the global fleet will expand 5.6 percent, if a quarter of the 78 mega-ships over 10,000 TEU, totaling 1.2 million TEU, due for delivery are delayed. The Cosco and Yang Ming delivery deferrals mean that about 10 percent of that capacity originally meant to come online this year has already been delayed.

Evergreen has the world’s seventh-largest fleet, with 1 million TEU, according to IHS Markit ship data, and the confirmed orders for the eight newbuilds make its order book the third-largest, behind Cosco and CMA CGM. If the ships that Evergreen will take on charter are confirmed to be newbuilds, it would have the largest order book of all carriers, with 567,000 TEU.

The Ocean Alliance, of which Evergreen is a member, along with Cosco, OOCL, and CMA CGM, has the largest order book, with 1.3 million TEU, compared with the 600,000 TEU of the second-ranked 2M Alliance.

Evergreen is the third-largest carrier in the US import trade, with 1.8 million TEU in 2017, an increase of 2.5 percent year over year, and a market share of 8 percent, according to data from PIERS, a sister product of JOC.com. The Taiwanese carrier is No. 1 in terms of imports from Asia, with a market share of 10.9 percent as volume rose 1.9 percent from 2016 to 1.7 million TEU, trailing the overall market growth of 4.7 percent to 15.5 million TEU.

They apparently continue to

Permalink Submitted by ferrullig@minds... on Jan 15, 2018 11:08AM EST
They apparently continue to not believe in the ultra mega vessels, but stick with the plug-and-play sized vessels. Interesting strategy that could lead to -----???

How to Improve OTIF: 15 Tips for On Time and In Full Delivery
END_OF_DOCUMENT_TOKEN_TO_BE_REPLACED