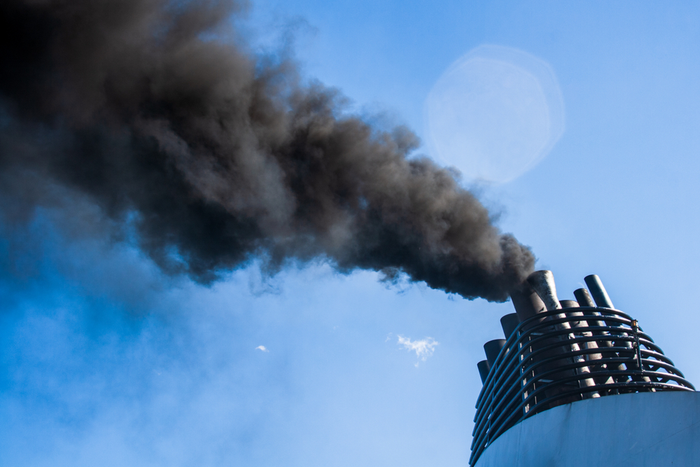 The WSC wants shipping’s inclusion within the ETS regulations to be limited to intra-EU voyages only, similar to aviation. Photo credit: Shutterstock.com.

A European Union decision to impose its emissions trading system (ETS) on vessels operating outside European waters would constitute “a major and unprecedented exercise of unilateral authority over international trade and the operation of commercial shipping,” according to the World Shipping Council (WSC).

The container shipping trade body released a “discussion paper” Thursday outlining its opposition to being included in an emissions-cutting regime it said would mirror the scope of existing EU legislation on monitoring, reporting, and verification (MRV) of carbon emissions.

“That means the majority of emissions that will be covered by Europe’s ETS will have the same scope as the existing MRV system, so most of the emissions from international shipping will come from outside EU waters,” John Butler, chief executive officer of the WSC, told JOC.com.

“This will create trade tensions and raise legal and diplomatic concerns about the geographic reach of a unilaterally imposed emissions charge,” he said. “The EU would be well advised to avoid extraterritorial application of the ETS.”

But the WSC statement drew a swift response from environmental lobby groups.

“There is no legal reason why the EU cannot impose climate regulation on all ships that call at EU ports,” Aoife O'Leary from the Environmental Defense Fund (EDF) said. “The EU does not need to limit itself to emissions that occur in EU waters. This is well established as international law and is called port-state jurisdiction.”

“It is quite extraordinary that WSC questions the effectiveness of EU carbon pricing, which places a 25-euro ($30) charge on each ton of CO2 emissions,” said Faïg Abbasov, shipping program manager at green lobby group Transport & Environment. “In contrast, WSC's own proposal to the IMO suggests it thinks that a global carbon price of €0.60 ($0.71) a ton would do the trick. This paper by WSC has no scientific or legal foundation and is just a compilation of the political opinions of the container industry. The sector should instead embrace Europe's climate ambition.”

The European Parliament in July voted to include shipping in the ETS that will require a 40 percent reduction in carbon dioxide (CO2) emissions by 2030. The vote, which passed 62 to 3, with 13 abstentions, will make it mandatory for shipping to monitor, verify, and report its emissions, with the scope of the regulation expected in the second quarter of 2021.

The ETS is the world’s largest carbon market and operates on a cap-and-trade principle. A cap is set on the total amount of certain greenhouse gases that can be emitted by installations covered by the system. Within the cap, companies receive or buy emission allowances, which they can trade with one another as needed.

IMO the place to go for a global solution

The WSC paper said the international tensions and disruption caused by a European Union ETS with extraterritorial effect would harm the prospects for a comprehensive global solution through the International Maritime Organization (IMO), “the only place where a global solution can be reached.”

“Ironically, far from galvanizing efforts in the IMO to implement global measures to curb CO2 emissions, an EU ETS is more likely to prevent a global solution,” Butler noted. “It is unlikely that a government that has set up its own revenue-generating emissions system will dismantle it in favor of a global one.”

The WSC has estimated that international shipping’s inclusion in Europe’s emissions trading system will cost the industry more than $4 billion a year.

However, the key point was that the emissions would mostly occur outside European waters.

“This is precisely the sort of issue that scuttled EU attempts to bring international aviation under the ETS,” Butler said. “There was a strong international backlash against this action, and the EU then limited the scope of the ETS to internal flights, and let the International Civil Aviation Organization [the aviation equivalent of the IMO] address emissions from airlines internationally.”

Aviation was brought into Europe’s ETS in 2012 with the intention to cover all flights to and from EU airports. But strong international and industry pressure saw the scope of the regulation reduced to cover intra-EU flights only, known as “stop the clock.”

In a similar vein, the WSC wants shipping’s inclusion within the ETS regulations to be limited to intra-EU voyages only. “The question of geographic scope is a threshold question,” Butler told JOC.com. “It is difficult to have a constructive conversation with the EU over the ETS until we have answered the question of how much of the world’s trade will this cover.

“Clearly, greenhouse gas reductions in the European Union is a critical issue, as it is for the shipping industry, which sees this as a problem that simply has to be solved,” he added. “It is not whether we need to cut emissions, the question is what steps will be the most effective and what is the proper forum for taking those steps.”