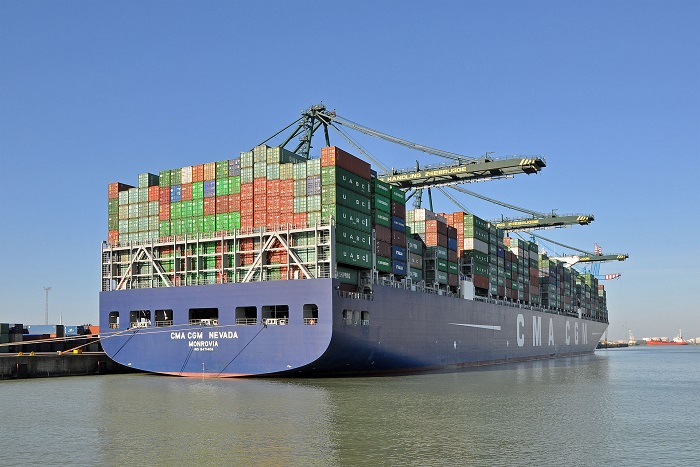 Shippers will enter 2018 once again having to contend with changing service offerings as the alliances restructure or adjust their networks to cope with the huge amount of tonnage flooding in to the market.

Although the situation will not be as chaotic in the run up to the launch of the new Ocean Alliance, THE Alliance, and the revised 2M plus Hyundai Merchant Marine in April 2017, managing the additional capacity will tax the creativity of liner network executives.

Most of that capacity is headed for the Ocean Alliance that SeaIntel said would grow its fleet of mega-ships by more than 60 percent in 2018, heavily front-loaded toward the early part of the year. The analyst said a total of 108 mega-ships will be delivered in 2018, doubling the number currently in operation, which will see more than 200 of the mega-ships in service by the end of 2018. There are 78 mega-ships over 10,000 TEU totaling 1.2 million TEU set for delivery in 2018, according to IHS Markit. Net capacity would to expand 5.6 percent if one-quarter of those deliveries are delayed and 7.1 percent if all are delivered as scheduled.

Of the three alliances — THE Alliance, 2M (Maersk, Mediterranean Shipping Co. plus HMM) and Ocean Alliance (Cosco Shipping, CMA CGM, OOCL, and Evergreen) — 2M and THE Alliance essentially have a stable development plan for 2018, with the phase-in of new deliveries aimed primarily at augmenting existing services and reducing unit costs on those services by deploying a few more ultra-large vessels.

The same cannot be said for the Ocean Alliance, and the concern for shippers is that carriers will need to rethink the fundamental structure of their current network to optimize the deployment of the fleet portfolio.

“Major restructuring of networks is typically seen to take place in the first quarter and early [second quarter] in the wake of Chinese New Year. This timing coincides well with the delivery profile for 2018,” the analyst said.

“Consequently, shippers should prepare themselves for a 2018 wherein the network structures of 2M and THE Alliance are likely to undergo only smaller modifications, but wherein we will see an Ocean Alliance potentially change the network more drastically, offering new products and network structures, driven by the rapid delivery of large vessels.”

In addition to the network restructuring, the Ocean Alliance will also have the Cosco Shipping-OOCL takeover to contend with. That acquisition should be finalized over the next few months, and although the plan is for OOCL to continue operating under its own brand, there might be some additional service changes in store.

Seemingly untroubled by the merger of its three Japanese members, THE Alliance has unveiled its new service offering from April 2018when the Ocean Network Express (ONE) starts operations. Hapag-Lloyd, ONE, and Yang Ming will have 33 services covering all the east-west trade lanes and connecting 81 ports, the alliance members said in a statement.

THE Alliance touted the success of its cooperation since launching in April 2017. “After one year of cooperation we are proud to say that our services and the network improved significantly," the member carriers said.

The three carriers are planning to deploy a fleet of more than 250 ships in the Asia-Europe, North Atlantic, trans-Pacific trade lanes, as well as in services to the Middle East and the Arabian Gulf-Red Sea.

The new offering will feature eight services in the Asia-Europe trade including three services covering the Mediterranean market, while 16 joint services will be operated by THE Alliance members on the trans-Pacific trade. Seven loops will serve the North Atlantic trade covering North European and Mediterranean ports as well as those in the United States, Canada and Mexico, and two in Middle East.

“The business is well on track in operational terms and with the delivery of several new big ships we are able to serve our customers even better.”

How to Improve OTIF: 15 Tips for On Time and In Full Delivery
END_OF_DOCUMENT_TOKEN_TO_BE_REPLACED