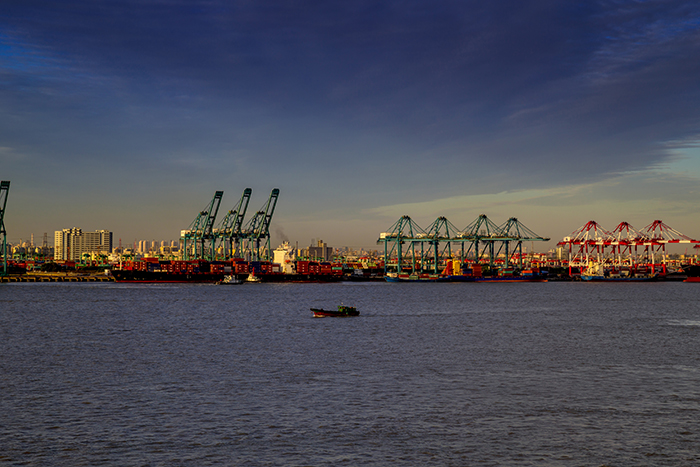 Forwarders are expecting Shanghai's Yangshan terminal congestion to be cleared by mid-May.

Bottlenecks at the port of Shanghai’s Yangshan terminals have continued to ease since peaking in mid-April, with vessel arrival delays in the last week of the month improving by 15 percent on the previous week.

The latest available data provided by CargoSmart shows that vessel arrival delays in the April 23 to 29 period dropped to 43.4 hours per ship compared with 51.2 hours between April 16 and 22.

Adverse weather in northern China, service and terminal changes following the alliance reshuffle on April 1, as well as large volumes of containers in yards, are the source of delays, which primarily relate to shipments on the Asia-Europe, trans-Pacific, and Asia-Australia routes.

Forwarders have confirmed that berthing delays have been steadily improving at the world’s busiest container port.

“In Shanghai we have seen a noteworthy easing off of congestion, especially within the terminals due to significant improvements in how fast laden containers can now actually move from gate to ship over the past days,” said Joerg Hoppe, DB Schenker director and head of ocean freight for North and Central China.

A number of factors coincided to create the bottlenecks, Hoppe said, such as foggy weather, bunched up barge traffic coming down the Yangtze River, alliance services and vessel re-alignments, strong export and import volumes, and empty Hanjin boxes still piling up, which was driving the current congestion that was happening mainly in Shanghai's Yangshan port.

“We do not see a substantial impact of congestion on our traffic flows in both Qingdao and Ningbo,” he said.

China’s container volumes have indeed been rising, with China’s top 10 ports collectively experiencing a 6 percent year-over-year growth in throughput in the first quarter of 2017, Drewry said in its Container Insight Weekly. The biggest gains were being recorded at Qingdao (12 percent); Shanghai (10 percent); and Ningbo (9 percent). According to the Shanghai Shipping Exchange, the port of Shanghai in March saw volumes growing 14.2 percent to 3.4 million TEU.

But in its analysis of the Shanghai congestion, Drewry said that for the first time, data showed that imports to greater China had outpaced exports in 2016. The inbound trade from a sample of trades grew by 2.3 percent year-over-year versus 0.5 percent for the outbound market, in the process lowering the export-to-import ratio.

Closer inspection of the numbers revealed that the transition began to really gather pace in the second half of last year. As of February, greater China’s 12-month moving average for imports had gained about five index points since August, more than twice as fast as seen into either North Asia or Southeast Asia. Greater China exports over the same period increased by around two index points, Drewry said.

“Having been such an export driven economy for so long, China’s ports have tended not to be over-taxed by long dwell times in terminal yards as boxes tend to be swiftly loaded onto ships for export,” the analyst said.

“However, the fast growing intake of imports could well be putting hitherto unseen pressure on yards in China that as yet they have not adapted to. This has the hallmarks of a longer-term trend that unless remedied by more capacity — to both terminals and yards — will continue to put pressure on ports that are already close, if not beyond, their realistic maximum utilisation levels.”

Forwarders, however, are not convinced that the congestion will become a long-term problem. Hoppe said that while he had no crystal ball, he still believed the main congestion issues would pass within a couple of weeks. “Talks about an extended or permanent ‘Chinese port congestion crisis’ are, in our view, pre-mature at this point."

Johannsen agreed. “I doubt that congestion will become a regular issue,” he said.

How to Improve OTIF: 15 Tips for On Time and In Full Delivery
END_OF_DOCUMENT_TOKEN_TO_BE_REPLACED