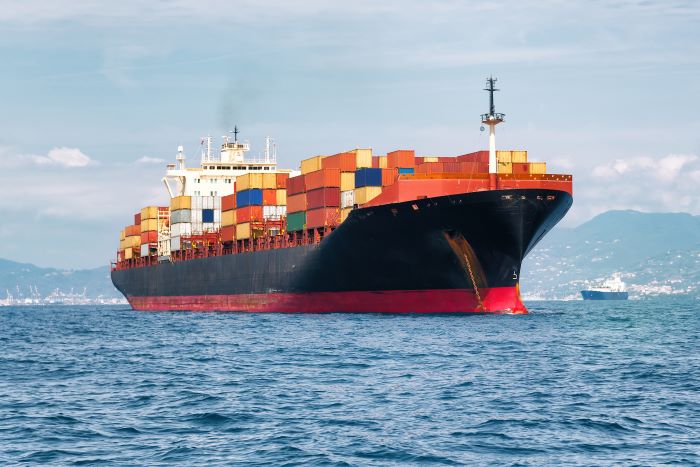 By now everyone knows that the international supply chain that serves American commerce is overloaded because of a historic and sustained increase in the volume of goods that American businesses and consumers are buying from overseas.

The biggest port delays are in Southern California, where at the end of last week more than 100 container ships were waiting to get into port. Ocean carriers have plenty of ships on the oceans, but the problem is that those ships can’t get to land. And once the ships do dock, the ports are full of cargo that importers can’t or won’t pick up, either because they have no place to put it or no truck or rail service to move it — or because it is simply cheaper to store it on the docks.

So even though the transportation system is moving record amounts of cargo, there are bottlenecks at virtually every point in the chain: at the marine terminal, on the trucks and rails that take the cargo to and from the ports, at inland rail ramps, at warehouses, and in last-mile delivery. The system is a victim of its own success, with the movement of these historic volumes taking longer and costing more than it would in normal times.

Just as predictable as the service disruptions associated with sustained record cargo volumes is the demand that Congress and the White House “fix” the problem. But the way that the House of Representatives has responded — the Senate is still writing its bill — would fundamentally change the way America regulates containerized ocean transportation. And now that everyone knows what the supply chain is, we also need to understand that wholesale changes to how that transportation system is regulated are important to us all.

The “Ocean Shipping Reform Act of 2021” (H.R. 4996), passed by the House last month, is not designed to address supply chain congestion, and if enacted into law would not reduce supply chain congestion. Its original co-sponsors have made that clear, and last week the National Industrial Transportation League, one of the principal proponents of the bill, reinforced the point, stating in an opinion piece on JOC.com that the House bill “was not designed to solve port bottlenecks.”

Back in 1998, another law — the Ocean Shipping Reform Act of 1998 — was enacted. That law shifted from a rigid, common carrier regulatory model to a more free-market model, albeit one that retained a strong regulator, the Federal Maritime Commission. The primary driver of the 1998 law was none other than the National Industrial Transportation League mentioned earlier, and their primary objective was to be able to sign individual, confidential service contracts with ocean carriers. Those shippers (importers and exporters) wanted a market-based system, and they got it. And in the intervening 22 years, liner ocean service has expanded to meet the growth in trade, and rates in real terms have declined across most of the intervening period.

The only thing that has changed in the past two years is COVID, with two basic impacts on the transportation system: worker shortages and high levels of import demand that have flooded the system. That has slowed the system and increased prices, per the laws of supply and demand. The response from H.R. 4996? Re-regulate ocean shipping. How? By making the Federal Maritime Commission the arbiter, under a public interest standard, of which contracts are “reasonable.” By mandating that ocean carriers guarantee the availability of all equipment and facilities necessary for transportation, even if the ocean carriers do not own or control those assets. By requiring contract performance “with reasonable dispatch,” even when the circumstances that keep ships waiting to enter port are beyond the control of ocean carriers. By requiring ocean carriers to simultaneously move importers and exporters to the front of the service line (yes, they will fight about who is first among firsts).

In short, the new Ocean Shipping Reform Act is a political statement of how everyone, including our members, would like it to be — the way it was before COVID. And if the bill was merely a political wish list, there would be no harm. But the bill would make that wish list law, with failure to pull the rabbit from the hat punishable by substantial penalties.

The rather predictable result of such a system would be that commercial actors would seek to minimize their exposure to activity that can generate penalties. Market reactions are hard to predict, but if the regulator can re-write your contracts, then maybe you play it safe in those contracts rather than innovating and stretching to provide new services. If the regulator can fine you for not being able to control equipment and facilities that in fact you do not control, then maybe that cost of business gets priced into the service. And if an ocean carrier can be fined because it does not deliver goods “with reasonable dispatch,” even if the ship cannot make port because the customer has not picked up its last shipment, then perhaps contracts promise less and cost more.

Ocean carriers and their customers want the same things: a predictable and efficient supply chain that keeps goods and transportation assets moving. But when things get in the way — in this case COVID and its related US import boom — it does not solve the problem for Congress to legislate that things go back to the way they were before. Congress might just as well pass a law outlawing COVID. At least that wouldn’t make the situation worse, unlike H.R. 4996.

The discussion now moves to the Senate. That body has historically been more deliberative and more attuned to the fact that to take precipitous action with respect to the international ocean transportation system is to take precipitous action with US international trade and thus with the health of the US economy. We urge the Senate to take a more careful and targeted approach with its bill and to follow the physician’s creed of “first, do no harm.”

How to Improve OTIF: 15 Tips for On Time and In Full Delivery
END_OF_DOCUMENT_TOKEN_TO_BE_REPLACED