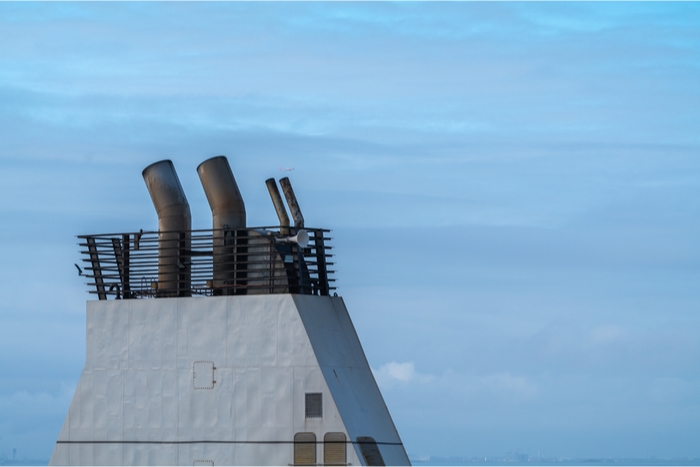 The benefits of installing scrubbers in container ships, which allows continued use of cheaper high-sulfur fuel oil (HSFO) rather than switching to more expensive low-sulfur fuel, are being thoroughly undermined by fast-declining bunker prices.

Very low-sulfur fuel oil (VLSFO) was assessed Tuesday at a new low of $232.50 per tonne in the bunkering hub of Rotterdam, down 60 percent since early January, according to the Oil Price Information Service (OPIS), a sister company of JOC.com within IHS Markit. The closely watched spread between VLSFO and high-sulfur fuel oil (HSFO) has collapsed to just $65 — down from almost $300 on Jan. 6.

“We are now at a point where VLSFO bunker fuel has a lower price than what we saw for IFO380 (HSFO) throughout most of 2019,” Sea-Intelligence Maritime Consulting noted in this week's Sunday Spotlight. “For the carriers, this is a welcome respite in the midst of the corona-related impact on the business.”

Alphaliner wrote in its latest newsletter that the low spread greatly reduces the benefits that owners of scrubber-fitted ships have been counting on, with payback periods stretching to four or five years against earlier projections of slightly less than one year based on a spread of over $200 per tonne.

VLSFO prices spiked at the start of the year, driven largely by a demand rush and logistical woes that marked the days leading up to the Jan. 1 IMO 2020 mandate and its immediate aftermath. But with the bunker market quickly finding its footing, prices began a hasty retreat that has continued unabated and is now being fueled by the crippling blow of the coronavirus on the global economy, on top of a price war between Russia and OPEC that has seen the price of crude oil nosedive more than 50 percent in the last month.

Sea-Intelligence said that for practical reasons, bunker fuel surcharges were always time-lagged, as carriers need to know the average fuel price over a period before they can adjust the surcharge, typically informing customers a month in advance of any changes.

“This means that right now, the shippers are paying freight rates and fuel surcharges based on the fuel price for VLSFO fuel as it was in January, while purchasing fuel at today’s much lower prices,” the analyst said. “This gives the carriers a positive cash-flow effect in the short term, and at a point in time where their cash flow is otherwise negatively affected by volume shortfalls.”

Carriers withdrew huge amounts of capacity from the Asia-Europe and trans-Pacific trades, estimated to be as high as 60 percent by Alphaliner, as a seasonal decline in demand over Chinese New Year in late January was extended through February and into March as factories remained closed to combat the spread of the coronavirus.

Factories in China are now mostly operating as normal, although Asia-Europe demand has yet to show signs of life with the JOC Shipping & Logistics Pricing Hub showing headhaul spot rates remaining largely flat since mid-February. It is the opposite on the backhaul trades from Europe to Asia, where Drewry’s World Container Index shows prices have surged 23 percent since mid-February to $808 per TEU, largely because there are no empty containers available to exporters.

Container xChange’s Container Availability Index (CAx), which forecasts the availability of containers in particular ports to allow better planning, shows this lack of container equipment in Europe as a result of withdrawn capacity and the inability of carriers to turn around boxes and position them where they are needed.

On the trans-Pacific, the disruptive impact of the coronavirus is intensifying volume pressure on the containerized supply chain in the US, with the return of production in China threatening to overwhelm North American ports and inland networks.

Trans-Pacific carriers canceled more than 80 vessels to the West Coast from early February to early April, and cargo owners fear that freight contracted at rates below the current spot rate pricing will be rolled — i.e., pushed to a later sailing than was booked.

“Volumes are low now for everybody, but come May, it will be just the opposite,” Scott Weiss, vice president of business development at Port Logistics Group, told JOC.com. “I’m telling all of our customers, ‘Don’t be fooled because volumes now are low.’”