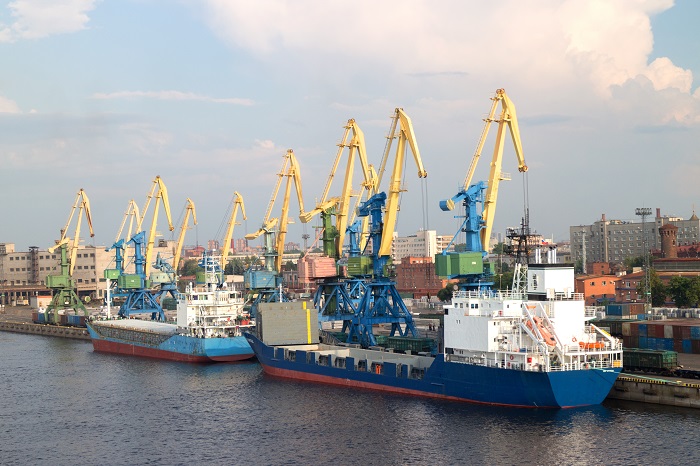 According to statistics provided by the Russian Ministry of Transport, in 2017 among EU members, Germany exported the most to Russia, accounting for about 20 percent of total container cargo imports.(Above: Port of Saint Petersburg.) Photo credit: Shutterstock.com.

What’s more, according to recent statistics published by the Association of Commercial Seaports of Russia, container goods imports to Russian ports on the Baltic Sea in 2018 exceeded exports — the first time that’s happened in almost five years.

The EU cargo exports to Russia are container-based and largely comprised of consumer goods, some of which are high-price goods. Conversely, most Russian exports to the European Union are energy-based.

According to statistics provided by the Russian Ministry of Transport, in 2017 among EU members, Germany exported the most to Russia, accounting for about 20 percent of total container cargo imports. Hamburg-Saint Petersburg currently remains the busiest sea route on the Germany-Russia trade; container transit is five to six days and costs $920 to $1,250 per container.

Regarding rail transport, currently EU-Russia trade remains insignificant, primarily owing to differing railway gauges between European countries and nations in the Commonwealth of the Independent States, but also because of the non-competitiveness of rail transport for short distances.

However, at the same time a significant portion of EU-Russia container cargo is transported to Russia by vehicles. Most of the EU cargo transported by vehicles to Moscow and the central European part of Russia travels through Belarus. Cargo intended for southern Russia travels through Ukraine, although the volume of deliveries on the latter route has significantly declined in recent years. Delivery time on these routes is five to eight days, depending on the route, and costs $2,500 to $2,740 per per TEU.