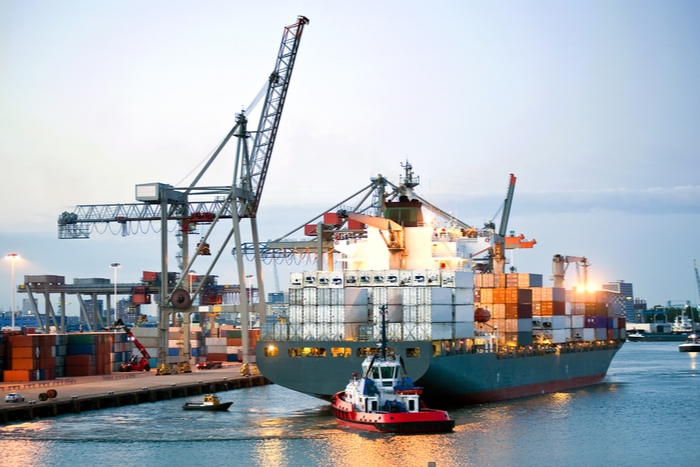 Rotterdam is warning that a 10 to 20 percent year-over-year drop in container volume is “very likely” this year as the disruptive effects of the coronavirus disease 2019 (COVID-19) reverberate through the global supply chain.

The gloomy prediction echoes the downcast expectation made by nearby rival Antwerp last week when, while announcing a 9.5 percent surge in volume in the first quarter, said it was preparing for the inevitable impact on volume from the coronavirus measures in the second quarter.

Rotterdam, Europe’s busiest container port, reported a throughput decline of 4.7 percent in the first quarter, with 3.54 million TEU crossing its wharves, down 174,000 TEU from the first three months of 2019.

In an operational update Thursday, Rotterdam said global disruption to production and supply chains, closed factories, tightening border controls, and restrictions on the movement of people, had led to “highly exceptional conditions” in the first quarter.

In terms of overall tonnage handled in the first three months, Rotterdam throughput was down 9.3 percent year over year to 112.4 million metric tons (123.8 million tons), but record highs were recorded in the volume of liquefied natural gas (LNG) and biofuel over the same period. Just over half the containers handled by Rotterdam either originate in or are destined for Asia.

Cargo growth at Rotterdam was already slowing, with increased competition from North Europe rivals pulling its throughput down by 5.7 percent in 2019 to 14.8 million TEU. The port’s first-half volume was up 6.4 percent before a poor second half kicked in, which Rotterdam attributed to weakening European economies and slowing trade with Asia, combined with only a marginal increase in transshipment

But the real impact of the coronavirus — and subsequent economic recessions in Europe and the United States — on the port has yet to be felt, according to Allard Castelein, CEO of the Port of Rotterdam Authority, who warned that the Dutch hub was facing “unprecedented disruption.”

“The impact of a decline in demand due to the corona crisis will become clear from April onwards,” Castelein said in the operational update.​ “A 10 to 20 percent drop in throughput volume on an annual basis would seem to be very likely. This will depend on how long the measures remain in place and on how quickly production and world trade recover.”

Waiting on a recovery

Also waiting for an end to regional stay-at-home orders aimed at stemming the spread of the coronavirus and a restarting of the European economy are ports at the Chinese end of the global supply chain. Complete China port data from the Shanghai Shipping Exchange will be released in the third week of April, but according to Theo Notteboom, a professor and academic in the port and maritime sector, terminals operated by Cosco Shipping Ports in China have seen far greater throughput declines in the first quarter than their European and US counterparts.

In a LinkedIn post, Notteboom said the nationwide factory closures and travel restrictions in China that followed Chinese New Year had dragged down volume at Cosco-operated terminals in January and February, according to data he sourced from Cosco Shipping Ports. Although Chinese ports became fully operational again in March, they were now feeling the impact of the coronavirus on demand from Europe and North America, he said.

Ports around the world are unlikely to see an improvement in volume anytime soon. Faced with gloomy economic forecasts — economists this week revised their outlooks downwards — carriers have planned withdrawals of huge amounts of capacity over the next few weeks. Sea-Intelligence Maritime Consulting said the blanked sailings will result in 20 percent of the trans-Pacific capacity being taken out of service, while the Asia-Europe trades will see cumulative capacity cuts reaching 25 to 30 percent. The analyst estimates the capacity withdrawals will result in a volume loss of 6.4 million TEU by the end of June.

Peter Sand, chief shipping analyst at BIMCO, said in a webinar hosted by the shipping association this week that a V-shaped recovery was not on the cards.

“A slow and gradual recovery is likely. When we look at the containments imposed around the world, it is hard to see a massive rebound because of the very high cost this has had on the global economy,” Sand said.