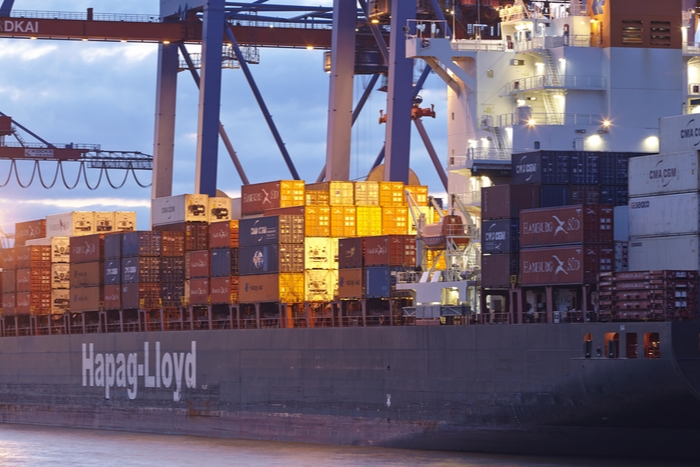 The rise in rates over the past three months have been mostly seasonal, with analysts expressing doubts that the significant increase in fuel costs were being priced in. Photo credit: Shutterstock.com.

Carriers appear to be struggling to recover the cost of compliance with the low-sulfur fuel cap, with analysts not seeing the level of rate increases needed in both the contract and spot markets to cover the higher operating costs.

The global shipping industry since Jan. 1 has been required to comply with the IMO 2020 mandate that caps sulfur emissions of bunker fuels at 0.5 percent, down from 3.5 percent. To comply, carriers can burn very low-sulfur fuel oil (VLSFO), marine gasoil (MGO), or install emissions-cleaning scrubbers to continue using high-sulfur fuel. Carriers estimate the cost of compliance will add as much as $15 billion to their annual fuel bill and have been adamant the costs will be passed on to customers.

However, analysts believe rate movements over the past three months as carriers began filling their ships with the more expensive fuel indicate the additional costs have not been factored in.

Long-term contracted rates assessed by rate benchmarking platform Xeneta’s XSI Public Indices increased 8 percent over the past three months, but this was a result of supply and demand fundamentals on the major east-west trades.

“The small increases are nothing to write home about,” Xeneta CEO Patrik Berglund said in a statement Thursday. “We have been tracking the effects of the new regulation in our data. Like market commentators have so far suggested, our rate data also does not show IMO 2020 having had any significant impact in the rate levels so far.”

Berglund said although the long-term contract market picked up in the Asia-Europe corridor, the rates were in line with levels seen in 2019 and 2018 that had no IMO 2020 regulations.

“The carriers have yet to find the right formula for recouping the cost of more expensive fuel,” he said. “They face real difficulties on commoditized routes, where pricing is critical to achieve market share, and the slight rises we see are mainly because of basic supply and demand, nothing more.”

It was a similar picture in the spot market.

“Spot rates including the new bunker adjustment factors (BAF) elements have indeed increased coming into 2020, but even looking at the latest SCFI [Shanghai Containerized Freight Index] levels from Jan. 17, the problem is that the increases can basically be explained by the normal seasonality we would expect from the Chinese New Year effect,” Sea-Intelligence Maritime Consulting CEO Lars Jensen noted in a LinkedIn post last week. “No separate BAF increase can be distinguished.”

The SCFI, managed by the Shanghai Shipping Exchange, remains closed for the Chinese New Year holidays that began on Jan. 25 and have been extended to Feb. 9 as Beijing tries to limit the spread of the coronavirus. The latest reading on Jan. 23 showed the Asia-North Europe rate had fallen slightly to $969 per TEU. Chinese New Year 2020 was two weeks later in 2019, so the direct comparison will be skewed, but the spot rate is currently just a few dollars higher than the same week last year.

Carrier executives have been telling JOC.com they are recouping the additional costs of low-sulfur fuel via the BAF formula in their contract rates, with non-vessel-operating common carriers (NVOs) on the trans-Pacific standing firm on surcharge levels they say they are not prepared to bend on.

Sea-Intelligence noted in its weekly newsletter Monday that while the price of low-sulfur fuel has fallen sharply from its early January high, headhaul and backhaul rates on the major trades have not been able to reach levels required to address the earlier bunker-driven increase in operating costs.

The average price of VLSFO drawn from the bunker hubs of Singapore, Fujairah, Rotterdam, and New York was just over $544 per metric ton as assessed Wednesday by the Oil Price Information Service (OPIS), a sister company of JOC.com within IHS Markit. That’s well below the average of almost $676/mt on Jan. 8, according to OPIS data.

While the price of low-sulfur fuel has dropped since the early January spike, Jensen said if the carriers could not pass those costs on to shippers, they risked coming out of the first quarter with severely impaired financial results.

“The container carriers combined use around 4.5 million tons of fuel per month. The expectation was for a $200 per ton premium for low-sulfur fuel, instead this spiked to a $300 per ton premium. The additional price premium beyond expectation thus equates to an added fuel cost for the carriers of $450 million for one month,” he said.

With about 14 million TEU shipped per month, Jensen estimated the added fuel cost would equal $32 per TEU, or $64 per FEU, as a global average.

Maersk said in an advisory to customers on Jan. 21 that the rising fuel costs in the immediate aftermath of IMO 2020 implementation had reached a point that triggered an increase in the carrier’s low-sulfur fuel surcharge across all trades. Maersk will increase its BAF by $50 to $200 per FEU from March 1. Hapag-Lloyd has declined to comment on reports it was following suit.