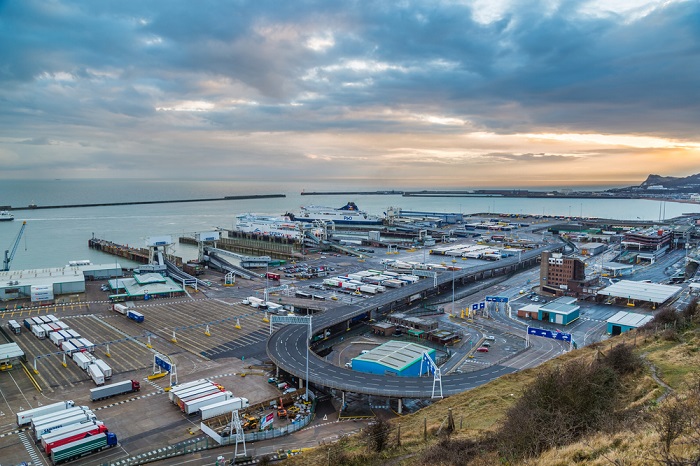 With little over two months to go, there is still no sign of a deal between the United Kingdom and European Union. Photo credit: Shutterstock.com.

“Batten down the hatches and prepare for a period of turmoil and increased costs,” is the advice a global forwarder headquartered in the United Kingdom has for shippers trying to plan their supply chains ahead of the UK’s untidy exit from the European Union on March 29.

Dan Cook, operations director at Europa Worldwide Group, said companies should prepare as best as they can, but his frustration with the level of uncertainty surrounding Brexit was evident.

“I cannot possibly see how the economy and all parties — shippers, manufacturers, transport companies, etc. — can be ready for the outcome on March 29, least not because there is still no clarification on what people are actually preparing for,” he told JOC.com.

With little over two months to go until the UK’s exit from the EU and the EU Customs Union, there is still no sign of a deal being agreed to between the governments of either side. No deal would mean the UK loses its free trade access to the EU and would revert to World Trade Organization rules, where increased tariffs will apply on many products. In addition to rising costs of imports, all European goods entering or leaving the UK would need to be inspected.

All those in the supply chain are united in their belief that additional stops and checks at French and UK border crossings would be a disaster. They have pointed out that inspections would create huge delays and dramatically reduce capacity on the crucial Calais-Dover trade corridor that 75 percent of all roll-on, roll-off (ro-ro) freight from Europe passes through every year, or more than 4 million accompanied trucking units, i.e., truck, trailer, and driver. An estimated 14,000 trucks cross the UK-EU border every day, and 53 percent of UK imports originate in Europe, with the port of Dover handling 17 percent of the UK total trade in goods.

The Port of Calais further muddied the waters Thursday (Jan. 10) when its president Jean-Marc Puissesseau told the BBC that his port was perfectly capable of handling trade heading to the UK without increasing customs inspections. Puissesseau said there would be no additional delays and the checks carried out on trucks would remain as they were, but he emphasized that customs documentation held by the trucker had to be correct.

With little clarity, several forwarders have told JOC.com that they were receiving growing demand from customers for additional space so they can build buffer inventory to avoid stock-outs, but Cook said Europa had yet to see any significant move in this direction from his customers.

While high volume levels were recorded by Europa in November and December, he said this could have been a result of peak season sales around big occasions such as Black Friday, Cyber Monday, and Christmas.

“Although we have seen large volumes come through and lots of customers have been talking to Europa about the concept of starting to stock hold in the UK, we haven’t actually seen any make any firm decisions as of yet,” he said.

A need to reset customer expectations

However, Cook warned that the issues were about far more than just building up stock of products in the UK. “Companies will need to reset the expectations of their customers, explaining that transit times are likely to be slower than previously, and that it is likely costs will increase. This is as a result of customs, administration charges, and increased costs to the haulage model, opening the door for inefficiencies, all of which will lead to delays,” he said.

A joint statement issued late last year by the British Chambers of Commerce, the Confederation of British Industry, manufacturers' organization EEF, the Federation of Small Businesses, and the Institute of Directors said, “Businesses have been watching in horror as politicians have focused on factional disputes rather than practical steps that business needs to move forward.

“The suggestion that ‘no-deal’ can be ‘managed’ is not a credible proposition,” the joint statement said. “Businesses would face massive new customs costs and tariffs. Disruption at ports could destroy carefully built supply chains.”

Maggie Simpson, director general of the Rail Freight Group, the representative body for rail freight in the UK, said there would be capacity available to handle an increase in volume in the short term, but to make investments the industry urgently needed clarity.

“The rail freight sector will play its role in supporting the movement of goods post Brexit, but presently the uncertainty is unhelpful for business confidence across the sector,” she said.