ONE sailing back to profitability for FY 2019

ONE sailing back to profitability for FY 2019 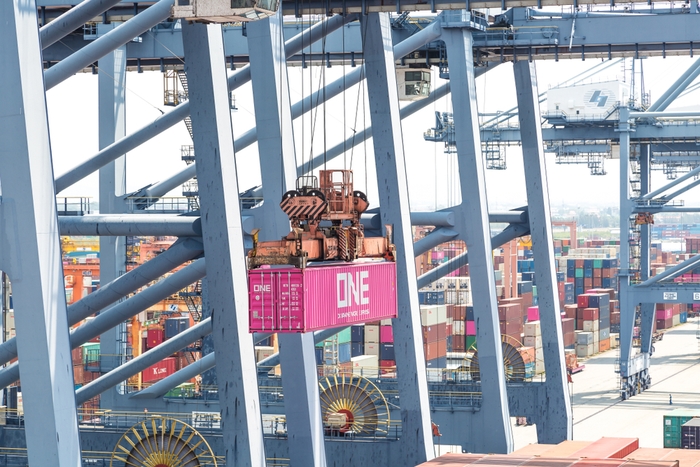 ONE has forecast a profitable year after posting three consecutive quarters with a positive result. Photo credit: Shutterstock.com.

An expected loss-making final quarter to its 2019 fiscal year will not be enough to stop Ocean Network Express (ONE) from recording its first annual profit since the carrier began operations in 2017.

ONE’s FY third-quarter earnings from October through December show the carrier just managed to remain in the black, but the $5 million profit is the third consecutive quarter the carrier has recorded a positive net result. First quarter profit was $5 million, and profits grew to $121 million in the second quarter.

Singapore-based ONE — formed from the merged container shipping divisions of NYK, “K” Line, and Mitsui OSK Lines — is not expecting any positive news from its January-March fourth quarter, a seasonally slow period that includes Chinese New Year, when it expects a $49 million loss. However, even with the last quarter drag on earnings, and despite an expected 2 percent fall in full year 2019 revenue to $11.8 billion, ONE has forecast profit of $81 million for FY 2019, compared with a $586 million loss in 2018, its first full year of operations.

“In December, there was some cargo rush to avoid new bunker surcharges and that sustained cargo movement,” ONE said in its earnings release. “On the other hand, we expect relatively weak cargo movement after Lunar New Year, and accordingly, we plan to have additional void sailings, mainly under THE Alliance for east-west trade, in accordance with demand drop to reduce operating cost.”

ONE canceled 12 sailings on the Asia-Europe trade, and 31 sailings on Asia-North America in its financial third quarter.

While the carrier made no mention in its earnings report of the impact of the coronavirus on its operations, Alphaliner has estimated that the virus and canceled sailings will cut volume throughput at major China ports in the first quarter by 6 million TEU.

There was not much to celebrate on the major headhaul trades in terms of volume, but a lower fuel price offset the impact of falling or flat volume during ONE’s fiscal third quarter. ONE reported an 11 percent year-over-year decline in Asia-North America volume to 665,000 TEU as the United States-China trade war affected liftings. Volume was flat on the Asia-Europe trade, with ONE handling 440,000 TEU in the October-December period.

Earnings season is now under way and ONE’s annual results will be followed later this month by Maersk and Hapag-Lloyd 2019 earnings. Maersk recorded a 14 percent year-over-year increase in third quarter earnings, while Hapag-Lloyd grew its third quarter net profit by 24 percent to $150 million.