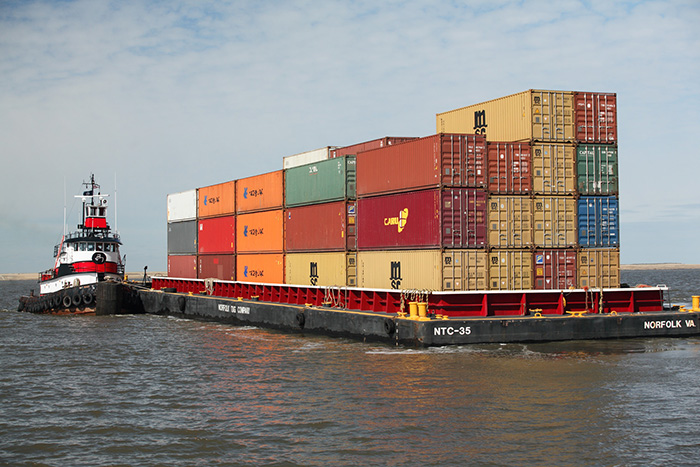 Marine highways, or container transport via inland and coastal waterways, have had a rough go in the United States, but the U.S. Maritime Administration says it has learned from missteps and its new slate of projects can compete with surface transportation while offering shippers new flexibility.

Not only do the three such proposals on the table today have a smaller customer base in mind but they require less backing from from the federal government, Marad officials have said.

The Department of Transportation in mid-April publicly backed three new marine highway project proposals, including shuttles for Baton Rouge-New Orleans, Illinois Intrastate and Lake Erie. And although there is no guarantee that the three projects — each vying against 11 others for a portion of $5 million in federal assistance — will get the green light, the projects’ backers say the new proposals are a far more evolved concept than the marine highways of the past.

The projects’ designers have identified risks inherent in such an endeavor and found ways to minimize those faults through federal assistance without using federal dollars to carry the entire project, Paul “Chip” Jaenichen, administrator at Marad, told JOC.com last week. And the soundness of the new proposals is already attracting the attention of big-name shippers, including Shintech, Dow Chemical, Ford Motor Co. and General Motors.

“We’re very interested in looking at that as a supplement to trucking,” Stewart Serpas, supply chain director of packaging and specialty plastics at Dow told the Critical Commodities Conference in New Orleans last month.

Jaenichen said he knows the failure of the M-580 weekly container-on-barge service in 2014 has dampened the public and the industry’s opinion of America's Marine Highways Program.

The service between the California ports of Stockton and Oakland was only one year old when it was shut down. The start-up period was longer than anticipated, industry insiders said in the aftermath. Many of the roughly 50 shippers that used the service — ranging from agriculture producers to finished goods makers — were unwilling to shift more of the freight to barge without a guarantee of how long the service would last.

Even with $13.5 million in federal aid for equipment, Stockton couldn’t continue to keep rates artificially low to draw shippers.

However, “that federal funding did not go to waste,” Jaenichen told JOC.com.

Even after the M-580 service ended, Marad has remained a champion of the concept behind the America’s Marine Highway Program: a Department of Transportation-led program to expand the use of the nation’s navigable waterways to relieve landside congestion, reduce air emissions and generate other public benefits by increasing the efficiency of shipping via the country’s inland and coastal waterways.

Jaenichen said that in the months after the service ended, he instructed Scott Davies, director of the America’s Marine Highways Program, to perform an autopsy of sorts.

“When it ceased operations in August of 2014, I actually tasked Scott and his team to go take a look and do some forensics,” Jaenichen said.

What Davies' team discovered, he said, is that the two most important characteristics of these projects are the service themselves and the products they move. “We have now factored that in when the new projects come in for designation.”

According to Jaenichen and Davies, each of the three recently proposed shuttle services have those key characteristics.

Demonstrations have already been performed on two of the services, including the Baton Rouge-New Orleans shuttle and the Lake Erie shuttle, Davies told JOC.com.

The Mississippi River will serve as the primary route for the Baton Rouge-New Orleans operation. Sponsored by the Port of New Orleans in partnership with the Port of Greater Baton Rouge and SEACOR, the proposed container-on-barge service is aimed at reducing congestion and bridge traffic on Louisiana’s Interstate 10.

SEACOR has been working with Shintech, the largest producer of PVC in the U.S., for the past year demonstrating the feasibility of moving goods between Shintech’s Baton Rouge area operations and the Port of New Orleans.

The chances of the service’s success are increased by the start-up period it’s already been afforded, Davies said, and “they’ve been working on this project for over a year.”

Adding to its chances, the Louisiana service is already attracting the attention of additional shippers, Jaenichen said.

Dow Chemical, which has operations in Plaquemine, Louisiana, has said it will consider the container-on-barge service for exports of containerized shipments of polyethylene from the plant across the river from Baton Rouge, said Serpas. He added the route could be an alternative to the congested Interstate 10 between Baton Rouge and the Port of New Orleans.

“We’re not going to do away with trucking. We’re still going to ship a lot of volume down I-10, but it’s certainly an option we’re going to pursue,” he told the Critical Commodities Conference.

The other service that has already been subject to public demonstration is the Lake Erie shuttle, a proposed route sponsored by the Port of Monroe that will carry cargo for shippers between the ports of Monroe, Michigan; Cleveland Ohio; and Detroit, Michigan.

“Potentially it would go to Cleveland, which has a bi-weekly service now that goes directly to Antwerp,” Jaenichen said.

Detroit’s inclusion has made the auto manufacturing industry an obvious partner for the service.

“For the lake-area shuttle, they’ve got a couple of car companies,” Jaenichen said. “Primarily they’re looking at Ford.”

General Motors is another name that Jaenichen and Davies said has expressed interest.

The demonstration of the Lake Eerie service was not as comprehensive as what was done in Louisiana, but Davies said it nevertheless displayed the service’s potential.

“Up in Detroit the demonstration was loading Ford cars into containers,” Davies explained, showing to the public and the industry how spot amounts of vehicles using containers could use the lakes to travel to ports for export.

The third proposed service would operate along the Mississippi River, from Chicago to New Orleans. The proposed Illinois Interstate shuttle is structured to shift about 5,500 containers in its first year of operation from the congested north-south Interstate 55 to water. Sponsored by America’s Central Port located in Granite City, Illinois, the container-on-barge service will provide a new routing option for soybean and grain shippers, according to the DOT.

“They see this as an opportunity to get some of the agricultural products down to the Gulf for export,” Davies said.

Although all three services have their benefits and a customer base already, Jaenichen said he is not blind to the fact that the marine highway concept does have inherent risks.

By identifying these risks, Jaenichen said, he hopes they can be mitigated in the process of forming the services. For instance, recognizing immediately that these marine highways are not going to be an option for the entire market.

“Typically these are going to be a little bit of a niche market,” he told JOC.com. “This is not going to be a solution for everybody.”

Not only is the customer base smaller, but the money on the table is also smaller.

“We’ve offered up to $1 to 2 million in terms of grants,” Jaenichen said. It’s a far cry from the $13.5 million in federal aid that the M-580 project received and with good reason.

In the past, failed marine highway projects have been characterized as a massive waste of federal money on subsidies for these efforts. When the subsidies ran out, the projects could no longer support themselves.

The federal money on the table today is not a “subsidy,” Jaenichen said.

“This is a grant to help, again, mitigate some of the capital cost risks the projects take to get off the ground in the startup phase,” he told JOC.com. “This is about equipment either on the shoreside or the waterside.”