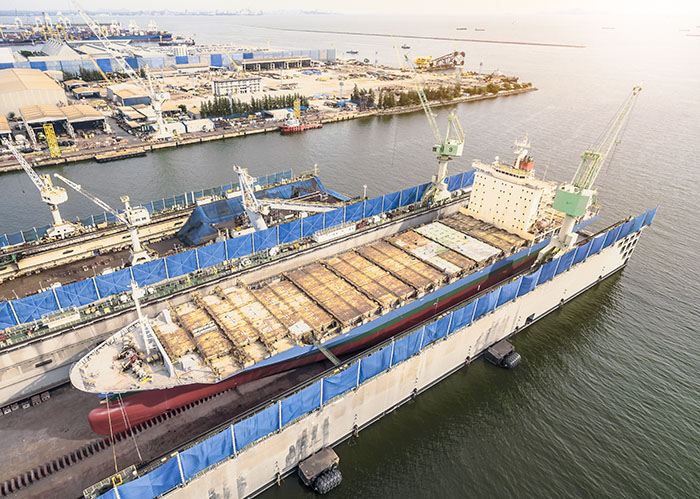 Ship orders could upend the tenuous balance of supply and demand ocean carriers have achieved.

Some carriers will end the year in profit, but the real recovery of container shipping will depend on a sustained balance between supply and demand, something that will be threatened by any new ship ordering spree, according to SeaIntel.

Signs of such a spree began to emerge last week with Chinese yards confirming that CMA CGM had signed a letter of intent to order nine 22,000 TEU ships. Then over the weekend, a new report quoted brokers as saying that Mediterranean Shipping Company was planning to order 11 vessels of 22,000 TEU.

Neither order has been confirmed by the carriers and IHS Markit shipbuilding data shows firm contracts for the orders have not yet been signed, but the mere fact that carriers were considering buying new ships would have an influence on the market, SeaIntel wrote in its Sunday Spotlight newsletter.

The analyst said CMA CGM would argue that the order was small and the carrier needed to match its Ocean Alliance partners, that they would be redelivering vessels to charter owners, and that the ships will probably not be delivered until 2020.

“While all of these points could be argued, some more persuasively than others, there is no coming back from the point that the perception of the order is bad,” SeaIntel noted. “Freight rates are not driven by supply-demand fundamentals, but the perception of these fundamentals, and carriers have — rightly or wrongly — managed to convince the rest of the industry that the recovery is starting in 2017. A new ordering spree, should other carriers follow CMA CGM, would most assuredly doom any potential recovery.”

Ships of 22,000 TEU can only be deployed on Asia-Europe, a trade that will be receiving 1.4 million TEU of mega-ship capacity between now and the end of 2019. This is already raising fears that carriers will cut services and blank an increasing number of sailings as they try to manage the capacity injection.

The major carriers have been reporting vastly improved first half results compared to 2016 as growing container volume and stronger rate levels push up profitability. Container Trades Statistics data shows that volume on Asia-Europe grew by 3.9 percent in the first half with carriers transporting 7.85 million TEU.

It is the recovery carriers have been waiting for since 2011 and executives have been bullish in their predictions for the year. For instance, Maersk Line CEO Soren Skou is so confident in the market that even with a possible $300 million hit from the cyber attack, he has maintained his guidance of a $1 billion improvement in profit over 2016.

However, SeaIntel was measured in its outlook. The analyst said while the major carriers were likely to come out of 2017 with smaller profits, a sustained balance between supply and demand would not happen earlier than 2019, and possibly even 2020 if demand turned exceptionally weak.

Despite the positive signs such as healthy demand expected on the trans-Pacific and strong Asian port volume, the analyst said there were five strong assumptions underpinning a possible recovery. These were a continued freeze of vessel orders, continued high levels of scrapping, modest demand growth of 4 percen to 6 percent, short-term capacity management through blank sailings, and no market share-chasing rate wars.