New round of Asia-Europe capacity cuts as demand falls

New round of Asia-Europe capacity cuts as demand falls 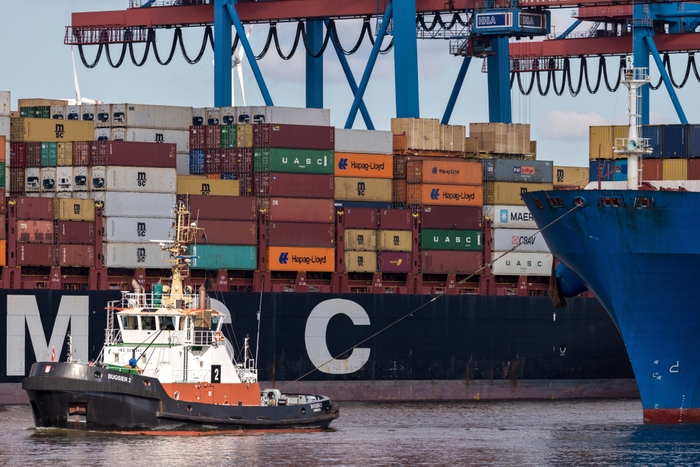 The 2M Alliance will withdraw 21 percent of its capacity from Asia-North Europe and 22 percent from Asia-Med routes from early April to mid-June. Photo credit: Shutterstock.com.

A second wave of capacity cuts will hit Asia-Europe shippers in the second quarter as carriers blank 22 sailings to match an expected fall in demand, with most of Europe likely to be in lockdown for weeks to limit the spread of the coronavirus disease 2019 (COVID-19).

With no clarity on when shuttered businesses across the continent will be able to reopen, shippers are canceling replenishment orders with China suppliers and their bookings, and carriers have responded with sailing cuts.

In the past week, carriers increased the number of overall blank sailings announcements from two to 45 on the Asia-Europe and trans-Pacific trades, according to Sea-Intelligence Maritime Consulting. The 2M Alliance of Maersk Line and Mediterranean Shipping Co. was especially active on Asia-Europe, suspending the AE2/Swan and AE20/Dragon services for the entire second quarter. 2M will withdraw 21 percent of its capacity from the Asia-North Europe and 22 percent from Asia-Med routes between Week 15 (April 6) and Week 24 (June 8).

“Given the short notice as well as extended duration, this can only be seen as a reflection in a similar sharp decline in both active and expected booking activity from their customers,” Alan Murphy, CEO of Sea-Intelligence, said in his Sunday Spotlight newsletter. “It should therefore be expected that this week will see a further rapid escalation in the amount of blank sailings both by other carriers as well as in other trade lanes.”

“Quite a few of the blank sailings from all the alliances are made with a notice time much shorter than usual,” Murphy said. “This fact is a clear indication that the drop-off in booking levels is happening very quickly.” He added that the effect of the coronavirus outbreak in China was the cancellation of more than 100 sailings over February and March, so it can be expected that measures being taken by countries amid the global spread of the pandemic will have an even greater impact.

Dominique von Orelli, DHL Global Forwarding executive vice president and global head of ocean freight, told JOC.com Monday that volume returned quickly when Chinese factories opened after the Lunar New Year holidays that were extended as the country tried to slow the spread of the coronavirus.

“Once the Chinese New Year was over, the carriers brought back the sailings that had been blanked because the bookings were still quite strong, and those orders have either been shipped or are about to be shipped,” von Orelli said.

“But now the carrier bookings have dropped, and the volume will fall dramatically. We have a list of big retailers that have stopped pushing orders out. That started about 10 days ago, so whatever cargo is in the pipeline now are all old orders. There is no new inventory that will be needed for a while, which is why all the blank sailings are being implemented. There will be a huge volume drop over the next few weeks, that is clear.”

Shipping and logistics industry academic professor Theo Notteboom has estimated the typical volume loss for a European port of a single blanked sailing. Writing in a LinkedIn post, Notteboom said depending on the ship size and the call size — the number of containers being loaded and unloaded — one blanked sailing on the Europe-Asia trade could result in a port call throughput decrease of 8,000 to 18,000 TEU.

“The accumulated effect at port level is obviously much larger if one considers several months of reduced activity and if we take into account that major European container hubs might be confronted with several blanked sailings per week,” he noted.

With virtually all of Europe in full or partial lockdown, retail stores, bars, and restaurants are closed. While online ordering is continuing, stores have lost all their foot traffic and shippers are canceling replenishment orders or trying to delay shipments already on the water for as long as possible.

“All our stores in Europe are closed,” an Asia-Europe shipper told JOC.com. “Even with a lead time of two or three months, there is still not enough certainty that businesses can open by then, so we have canceled all our orders with our manufacturers in China.”

James Hookham, director and secretary general of the Global Shippers Forum (GSF), said he was hearing from members that orders were being canceled, but these moves may have come too late for some European importers.

“Shipping lines resumed calling at Chinese ports about two weeks ago and collected shipments of finished goods that were stranded during February,” he said. “Thus, there are currently a lot of boxes heading west to Europe, and to the US East Coast as well as the trans-Pacific full of goods that can’t be sold, because of the closure of retail outlets and a much-reduced consumer demand.”

“So, we expect some healthy conversations about port demurrage and storage costs over the next few weeks as buyers try to manage their stock levels in-country,” he added.

Hookham warned that the terms of sale would be important as these discussions played out between shippers and their service providers. He told JOC.com that in the event of a canceled order for cargo being moved under freight on board (FOB) terms, if the containers were already loaded or the ship underway, the importer or buyer would be responsible for the shipment and its payment. If the shipment was on free carrier (FCA) terms and the order was canceled before the cargo was delivered to the port in China, the exporter or seller would be responsible.

Jane Singer, managing director of Inside Fashion, a market intelligence newsletter for the global fashion industry, said buyers in the garment industry feared in February that orders would be delayed or go unfilled when Chinese production was shut down, halting the raw materials that supplied the region’s manufacturers.

“Now, as brands face unparalleled retail shut downs in key markets, the last thing they want is more inventory,” Singer said in a weekly newsletter. “If brands survive the coronavirus crisis but their suppliers don’t, they could be facing crushing supply shortages.

“At the very least, with fewer suppliers prices would be higher — potentially a lot higher,” she said. “Depending upon how long this health crisis lasts, the impact of a crippled supply chain could end up being more severe than the retail sales losses during the pandemic.”