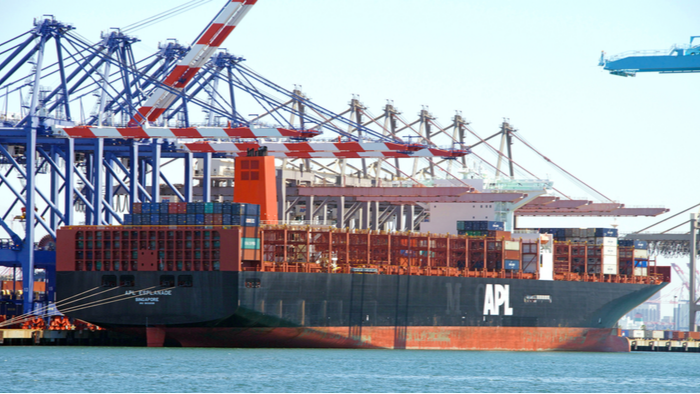 APL has its third CEO since being acquired by CMA CGM in 2016. Photo credit: Shutterstock.com.

The priorities of APL’s new CEO Stéphane Courquin will be to consolidate long-haul trans-Pacific routes and develop intra-Asia as the carrier withdraws from the Asia-Europe trade in the fourth quarter.

APL parent CMA CGM announced Friday that Courquin will take over leadership of the Singapore-based carrier from Lars Kastrup, who has only been in the position since Jan. 1 this year. A CMA CGM statement said Kastrup was leaving “to pursue another career opportunity.”

Courquin, currently head of CMA CGM’s Middle East office, will be the third CEO since CMA CGM acquired APL in July 2016. Following the takeover, the French line replaced Ng Yat Chung with Nicolas Sartini as CEO. Sartini was appointed deputy CEO of CEVA Logistics following its takeover by CMA CGM last year and has subsequently moved up to CEO of CEVA.

With access to the network of the world’s third-largest carrier, the financial fortunes of APL began to quickly improve. In 2017, APL contributed strongly in its first full financial year as a subsidiary of the French container shipping group, helping CMA CGM report record revenue and almost 19 million TEU, a year-over-year increase of 21 percent. APL contributed 5 million TEU to group volume. It reversed a string of annual losses at the carrier.

The replacement at the top of APL, and the trans-Pacific and intra-Asia focus of the new CEO, come as CMA CGM prepares to pull its subsidiary from Asia-Europe by Oct. 1, a trade that it serves as a member of the Ocean Alliance.

APL will instead build on its expanding intra-Asia business, working in cooperation with CMA CGM regional specialist CNC. But profitability on the hypercompetitive intra-Asia is difficult to find — a regional carrier executive told JOC.com that the logistics cost of loading a box on a ship was often not even covered by the rate — and many routes are seen as loss leaders, with the regional network also serving to position containers for pick up by mainline vessels calling at Asia’s hubs.

The Asia-North America focus of APL includes its guaranteed suite of premium services that the carrier has been offering shippers on the trans-Pacific for the past few years.

The guaranteed option was subsequently expanded to Asia-Europe, giving shippers of time-sensitive cargo guaranteed space on 13 Europe-bound services from 27 Asia ports. There is no indication yet from CMA CGM whether it will continue the premium service once APL withdraws from the trade.

CMA CGM has been energetically upping its presence in the container shipping and logistics market, in June acquiring Containerships as another regional subsidiary that joins CNC in intra-Asia, Mercosul in Brazil’s domestic container shipping market, Sofrana in the Pacific Islands regional maritime trade, and MacAndrews.