Maersk: systems back online and bookings flooding in

Maersk: systems back online and bookings flooding in 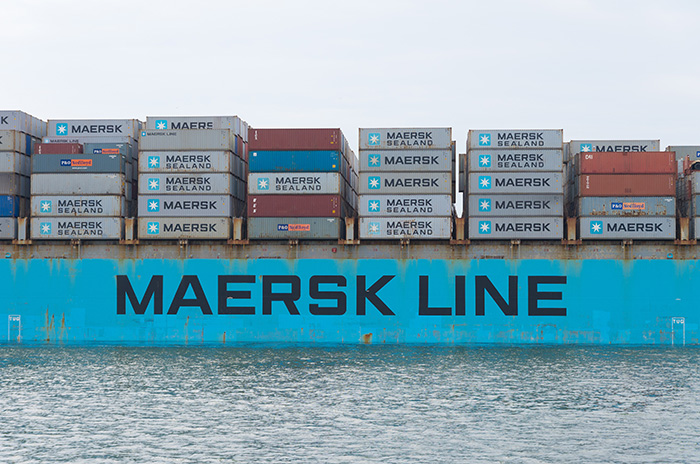 The Maersk Group is still working through the backlog that built up when its systems were down.

Maersk Line has reported an acceleration of cargo bookings in the last 48 hours as its systems come back online and data begins to once again flow through the company servers.

It has been 10 days since a cyber attack forced Maersk to shut down all its IT and communications systems and revert to manual processes, but in a call with reporters, Maersk Line’s Asia Pacific CEO Robbert van Trooijen said significant progress has been made in that period.

“The first priority was to bring all the systems online and ensuring the data integrity has been paramount,” he said. “We are bringing our systems back online and testing them thoroughly to make sure they are secure.”

Van Trooijen said the next step was to make sure cargo gets delivered. A challenge the carrier faced was getting arrival notices and customs clearances, and shippers were not able to release cargo because of the absence of import manifests.

“That has changed dramatically over the last couple of days and we are now releasing import manifests at full speed and catching up with the backlog from the time we were offline. Over the last 48 hours we have been making sure our ports and terminals are ready. All the ports Maersk uses are now accepting and releasing cargo.”

Shippers contacted by JOC.com said they sympathized with Maersk, but expressed frustration that their containers were still not available 10 days after the cyber attack. One shipper asked whether he could expect any compensation from the carrier for the delays, and when this was put to Van Trooijen he said the issue of settlement would be discussed with individual customers.

However, the Maersk Line executive tried to put the delay in restoring normal operations into context. “It is an enormous task going from completely manual operations a few days ago to being fully automated once again. We shut our business down completely to ensure the initial virus did not spread, so the speed at getting our systems back online considering the size of our business has been impressive,” he said.

“When we noticed there was a strange element creeping into our servers we shut down our systems so the virus could not spread. As we progress, we are bringing those systems back online and getting the data flowing through the various systems is the priority. It will take time because there are a lot of EDI [electronic data interchange] messages that need to be channeled through, but the booking systems are working now and our track and trace system is going back on stream.”

The cyber attack of June 27 crippled the group units of Maersk Line, Damco, and APM Terminals. While APMT has reported that all its terminals are now operational and were increasing productivity, long trucking lines are being reported from some of facilities, such as New York-New Jersey.

Van Trooijen said the attack would not deter Maersk in its drive towards digitalisation. The shipping group has committed itself to digitalising shipping processes and the products and services offered to customers, and it tested blockchain technology earlier this year to manage documents on a trial shipment between North Europe and the East Coast of North America.

“The digital revolution is unstoppable,” he said. “The world around us is changing and that will not stop. It is our job to make sure we have the cyber protection in place, but the journey towards digitalisation will continue uninterrupted.”