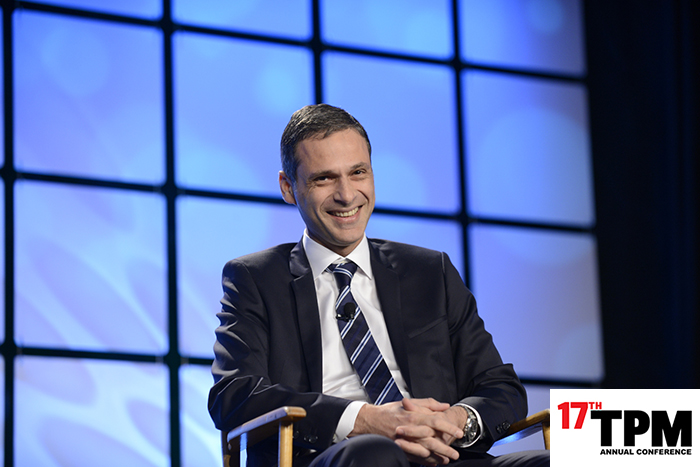 CMA CGM chief executive officer Rodolphe Saadé has been appointed chairman and CEO of the Marseille-based container shipping group following a decision by his father and founder of the company, Jacques Saadé, to step aside. Jacques Saadé will retain the title of founder-chairman.

Saadé appointed his son as CEO in February 2016 and he said Rodolphe’s strategy had led the CMA CGM Group to good operational and financial results, leaving it in a strong position. “I am very confident in its future. That is why I have decided to entrust to Rodolphe the chairmanship of the group in addition to his current responsibilities as CEO,” he said.

Rodolphe Saadé heaped praise on his father. “My father’s decision is an historic one for our group, which became a key global player under his chairmanship. Jacques Saadé is both an extraordinary entrepreneur and visionary,” he said.

Driving up CMA CGM turnover was a 14.4 percent increase in the average revenue per container, as the increase in freight rates at the beginning of the year continued through the peak season third quarter. The almost 5 million TEU carried in the quarter was a record and a result of strong growth in volume by the Ocean Alliance on the Asia-South America and Asia-Europe routes, as well as on most of the north-south and intra-regional trades.

Net earnings by the group for the nine months from January through September hit $629 million, putting CMA CGM on track for a good year, even if demand slows in the last quarter and rates continue to weaken. The carrier said operating performance for the full year 2017 was expected to show a strong improvement over that of 2016.

CMA CGM said in its earnings statement that one of the highlights of the third quarter was the order for nine containerships of 22,000 TEU signed on Sept. 19, for which delivery will begin in 2020. But just days later Mediterranean Shipping Company placed its own order for 11 ships of 22,000 TEU capacity, raising concerns of a mega-ship ordering spree.

The faster pace would continue, the analyst predicted, with the global fleet expected to breach 22 million TEU within the next 12 months due to the planned deliveries of more than 80 ships of 10,000 to 21,000 TEU during the coming year, and scrapping activity was expected to remain subdued.