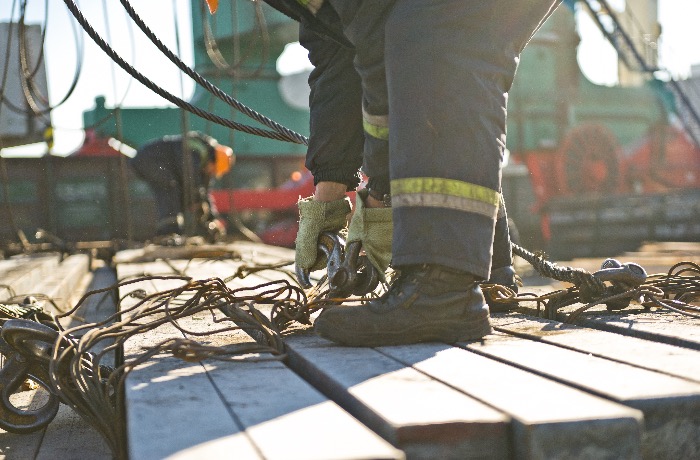 Container shipping disruption tied to the pandemic made glaringly obvious how critical it is for goods to keep moving. Photo credit: Shutterstock.com.

European transport unions in June kicked off the summer with a series of 24-hour “warning strikes” in Hamburg, Bremerhaven, and Lower Saxony amid collective wage agreement discussion. National strikes in Belgium shut down Brussels Airport and slowed cargo flow at the port of Antwerp, Europe’s second-busiest container gateway. Unions in Italy, Spain, France, and Malta have also announced strike actions. And although it will not impact cargo movement, a national UK rail strike over pay, the first in 27 years, has crippled the network, reminding Britons of the power of the Associated Society of Locomotive Engineers and Firemen.

Container shipping disruption tied to the pandemic made glaringly obvious how critical it is for goods — particularly personal protective equipment (PPE) — to keep moving. That reminded organized labor how valuable it is to containerized trade, and dockworkers specifically that they’re downright indispensable. And at the same time, container lines are enjoying the strongest-ever profitablity even as global volumes growth slows.

Yet, for many freight workers, their pay hasn’t matched increases in prices of everything from fuel to food. Global consumer inflation is currently at 7 percent, according to S&P Global, parent company of JOC.com.

“You’ve got a bit of a perfect storm for industrial unrest, and I’d go a step further, social unrest, without advocating for it,” said Stephen Cotton, general secretary of the International Transport Workers’ Federation (ITF). During the pandemic, transport workers have done “their bit,” and as such, “they deserve more than what’s in their pocket because it doesn’t go as far,” he said.

Far beyond the docks

The ITF, a coalition of 664 trade unions with a membership of approximately 18 million workers, sees an opening to push for safer conditions, increased training, and higher wages across the supply chain. Recognizing the interconnectedness of supply chains and the importance of containerized trade to global economies, the ITF is pushing for better conditions beyond the ports, including in the more fragmented trucking and warehousing sectors.

“By necessity, we have gotten smarter — it’s about Point A to Point B. It’s not just a docker in Long Beach; it could be a warehouse worker in Berlin or a railway operator in China,” Cotton said July 1 on the sidelines of the Turkish Maritime Summit in Istanbul. Inflation in Turkey was up nearly 79 percent year over year in June, according to the Turkish Statistical Institute.

Closer to the water, the International Longshore and Warehouse Union (ILWU), an affiliate of the ITF that represents dockworkers on the US West Coast, is currently negotiating a new contract with its employers. Citing academics, the Financial Times reported July 3 that the ILWU is seeking a 10 percent pay increase in those negotiations. ILWU work hours rose 19 percent between 2020 and 2021, and wages were 16 percent higher than before the pandemic due to increased overtime, according to data from the Pacific Maritime Association (PMA), which represents terminal operator employers.

“I think the [PMA] is going to have to give [the ILWU] significant increases” in wages, Cotton said.

If automation isn’t being raised in labor talks, it is at least coloring negotiations. But this is where various longshore unions differ. The ILWU has allowed some automation of cargo-handling equipment, while their counterpart on the US East and Gulf coasts, the International Longshoremen's Association, has flatly rejected any automation beyond some of the limited automation at the ports of Virginia and Jacksonville.

The ITF is “not against incorporating technology into any mode of transport,” Cotton said. “The question is ‘how’ and to achieve what. Certainly, in the docker sector and in the global north, there is a perception that automation is to break union strength.”

In a subtle salvo amid contract talks, an ILWU-backed study released in late June proposed that the ports of Los Angeles and Long Beach create a “displaced worker impact fee” on new automation projects that eliminate longshore jobs. A PMA-backed study released May 2, stated that automation has boosted dockworker employment by expanding terminal capacity and improving cargo flow, creating more demand for labor.

Cotton rightly notes that there are also limits to what can be achieved via terminal automation. A recent survey of marine terminals found that while they aimed to cut labor costs and improve truck turn times, the results were mixed on whether the investment was worth the efficiency gains.

While the risk of global transport actions is higher, Cotton doesn’t necessarily think tough standoffs have to be the way. He is encouraged by multinationals’ increased attention beyond just factory conditions to the labor conditions for those transporting the finished goods. Unilever and French food multinationals, for example, are trying to improve safety and conditions for transport workers supporting their supply chains, Cotton said.

“The reality is all corporates are recognizing reputation risk of [transport] incidents,” he said.

Encouragingly, Cotton pointed to how shipowners and seafarers came together to forge the Maritime Labor Convention in 2006, creating a minimum level of safety and work conditions for seafarers. That standard, in turn, helped shipowners enjoy more fair competition, as bad actors no longer had the same ability to tip the scales in their favor.

Deliveroo’s share price has since recovered from the crash, while Unilever’s focus on ethical sourcing and transport has drawn protest from some of its investors for deprioritizing the focus on profits. The path toward better union conditions won’t be a single line of progression, but the balance of power has — for now — tilted toward labor.