Kuehne + Nagel: No December rush ahead of IMO 2020

Kuehne + Nagel: No December rush ahead of IMO 2020 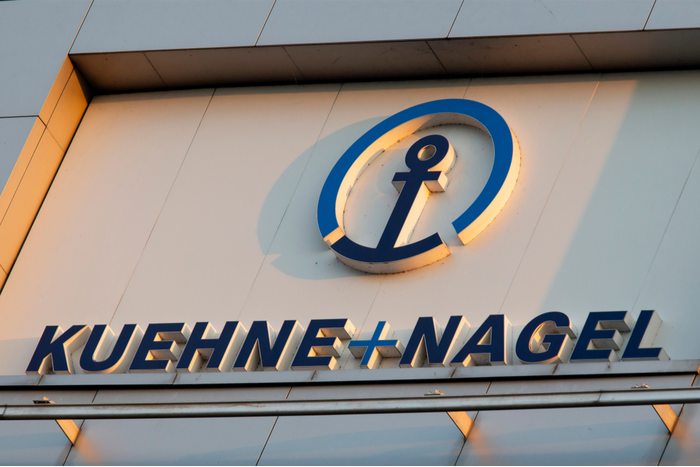 Kuehne + Nagel (K+N) is not expecting a rush of export cargo on major east-west trades or stock build-up from shippers trying to get their containers on the water before low-sulfur fuel regulations become mandatory on Jan. 1, 2020.

Detlef Trefzger, CEO of K+N, said the International Maritime Organization (IMO) mandate for carriers to burn fuel with sulfur content of no more than 0.5 percent was not a one-time increase but an ongoing tariff.

“Building up stock is also very costly. Given the size of the expected costs driven by IMO 2020, I would not expect any special peak or stock build up,” Trefzger told analysts Tuesday in a first-half earnings call.

He said the overall cost increase per TEU from the IMO 2020 mandate would be about 150 Swiss francs ($153) per TEU, although that depended on the trade.

“But for us, it will have no effect on gross profit because it is not a surprise,” Trefzger said. “We know about it. We will see a tariff increase that represents the higher costs and for us it will be a pass-through.”

That pass-through cost will stop with shippers who have told JOC.com they are expecting to pay anything between $80 and $150 more per TEU as a result of IMO 2020. While they would ideally have an all-in rate, there was an understanding that the lack of clarity over pricing made this difficult to arrange.

“Our current contract with carriers runs until March 31, 2020, but we will be meeting in October to look into the cost and to discuss with carriers how we can interrupt the contract if we feel the price is not acceptable. It is very difficult to have any certainty,” said a supply chain manager of a European retailer handling 100,000 TEU a year.

Trans-Pacific shipping and rail experts also do not believe the increased cost per TEU will result in significant front-loading of spring merchandise in the fourth quarter. The same experts don’t expect shippers will make long-term routing decisions based on fuel costs, either.

“IMO is completely insignificant, compared to the 25 percent tariffs,” Alan Murphy, CEO of SeaIntelligence Maritime Consulting, told the JOC.com midyear container shipping outlook webinar last week. Transportation costs comprise only 2 to 3 percent of the value of cargo, Murphy said. By comparison, the 25 percent tariffs on US merchandise imports from China go right to the bottom line, he indicated.

A shipper for a European retail group moving 125,000 TEU on multiple trades said he was looking into a multi-year contract on Asia-Europe with the bunker adjustment factor (BAF) running alongside. But he conceded that for 2020, the most likely scenario was a 12-month contract from April to March and a BAF surcharge to manage the additional fuel costs.

“Automotive is significantly down,” Trefzger said. “We are the market leader in Germany and in Europe in automotive air freight for all the OEMs [original equipment manufacturers] and suppliers and we see a big, big reduction in demand for main deck capacity.”

Europe’s car industry reported an 8 percent drop in sales in June, the ninth monthly decline in the last 10 months. Daimler A.G. issued a profit warning in July, citing weak global markets, and BMW reported its first loss in a decade in May.

Panalpina faced similar concerns in its first-half results, reporting that a decrease in gross profit was mainly the result of lower margins in air freight and lower volumes from the automotive sector, something it ascribed to “seasonality and the downturn in the automotive and technology sectors.”

However, K+N’s sea freight performance improved strongly in the first half, growing 4.5 percent year over year against market growth it estimated at 2.5 percent. The forwarder handled 103,000 TEU more in the first half than in the same period of 2018, at a total of 2.39 million TEU.

In the overland segment, K+N said net turnover increased 3.3 percent and gross profit 4.9 percent, but this growth slowed with the market through the second quarter. The forwarder said primary growth drivers in Europe were Germany and France.

How long the major European economies will maintain that growth is an open question, with the IHS Markit Eurozone Manufacturing Purchasing Managers’ Index revealing that operating conditions in Europe deteriorated for a fifth successive month during June.

“Eurozone manufacturing remained stuck firmly in a steep downturn in June, continuing to contract at one of the steepest rates seen for over six years,” said Chris Williamson, chief business economist at IHS Markit. JOC.com is a unit of IHS Markit.