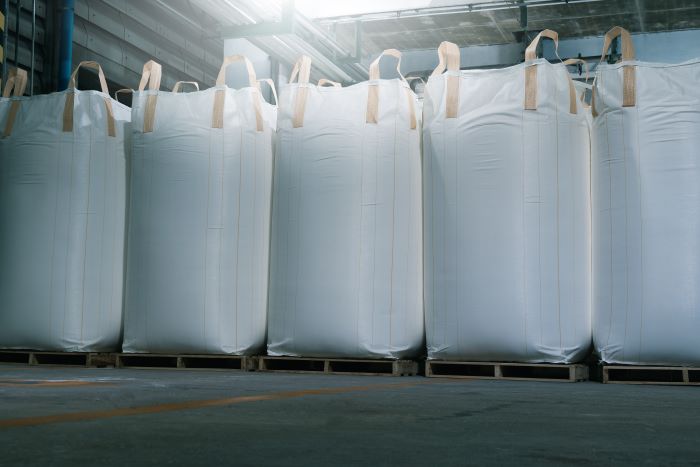 Total outbound shipments of resins from the United States grew 6.8 percent to 542,762 TEU through July, a far cry from the 34 percent growth rate seen in the same seven-month period in 2019. Photo credit: Shutterstock.com.

Growth in the booming US resin export trade slowed considerably in 2020 owing to the effects of the COVID-19 pandemic, but the largest ports serving the trade increased their volume and strengthened their share of the market despite disruptions in demand.

COVID-19 lockdowns in February, March, and April shuttered major end markets for US resins, such as automobile parts manufacturers in Europe and China, the largest single-country consumer of resin, but growing demand for other uses such as food packaging and medical products helped offset those declines.

Total outbound shipments of resins from the United States grew 6.8 percent to 542,762 TEU through July, a far cry from the 34 percent growth rate seen in the same seven-month period in 2019, according to data from PIERS, a sister company of JOC.com within IHS Markit.

The 10 largest US gateways for resin exports accounted for 97 percent of that total, up from 94 percent the year before, thanks in large part to a sizable jump in volume flowing through the Port of Houston.

Already the clear leader in the sector, Houston saw its share of the US resin export market jump from 48 percent in the first seven months of 2019 to 55 percent in the same 2020 period on the back of a 23.8 percent increase in volume. To put that into perspective, the additional volume of resins handled by Houston through July (57,740 TEU) was more than the total reported by New Orleans, the second-largest port, for the period (51,754 TEU).

Four other ports in the JOC Top 10 US Ports by Resin Exports rankings have also increased their volumes so far this year, albeit from much smaller bases: Charleston (up 0.5 percent), Savannah (up 22.5 percent), Mobile (up 32.2 percent), and Freeport, Texas (up 12.4 percent). That growth was mitigated by resin export declines at New Orleans (down 2.2 percent), Los Angeles–Long Beach (down 15.5 percent), New York and New Jersey (down 25.2 percent), Virginia (down 13.7 percent), and Jacksonville (down 8.1 percent).

One of the fastest-growing backhaul opportunities for international container ships calling on the US, resins, also referred to as “pelletized plastics,” are behind a number of warehousing and distribution center investments across North America, particularly in the US Gulf region. The high concentration of resin production in the US Gulf means exports will likely continue to flow primarily through Houston, but resin shippers also tap other ports to reach China more quickly and avoid potential bottlenecks in Houston.

LyondellBassell, one of the largest resin makers operating in the US, in 2019 completed a two-year project to increase production at its LaPorte, Texas, plant to 500,000 metric tons (1.1 billion pounds) annually, with much of that production heading to foreign markets.

Outside of Texas, Louisiana has the most petrochemical capacity in the country. As a result, the Port of New Orleans surpassed the Los Angeles–Long Beach port complex to become the second-busiest gateway for resin exports despite a small decline in volume during the first seven months of 2020.

Two new Dow Chemical plants in Louisiana have helped New Orleans to grow its resin volumes 26.5 percent from January–July 2018 levels. However, one of the largest projects, Sasol’s Lake Charles plant, which has an expected annual production capacity of 800,000 metric tons, has faced continual delays in being able to reach full capacity after a fire at the plant in January 2020.

Los Angeles–Long Beach has also been a favored gateway for resin exports, thanks primarily to a 12-day sailing time to China. However, the sharp downturn in inbound container volumes in the early months of the COVID-19 pandemic resulted in a severe shortage of empty containers available for exporters, particularly inland shippers, causing resin volumes flowing through the largest US cargo gateway to fall to their lowest level since January–July 2015.

Ports in the US Southeast are also attracting more resin shippers, thanks to new services connecting the region to the European and South American markets and the opening of additional warehousing and container packing sites in the region.

Charleston, for example, will benefit from the planned opening of Frontier Logistics’ 550,000-square-foot distribution center in North Charleston in November. Charleston and Savannah are each expected to see an additional 50,000 TEU of annual resin volume following the September opening of A&R Logistics’ 615,000-square-foot packaging plant in Moncks Corner, South Carolina, and the launch of a similarly sized facility in Effingham County, Georgia, in early 2021.

However, economies in Europe, the destination for nearly one-third of Charleston’s total exports and more than 40 percent of its outbound resin volumes, have been slow to recover from effects of the COVID-19 crisis. Resin shipments from Charleston to North Europe fell nearly 11 percent in the first seven months of 2020, compared with a 1.2 percent decline in total US–Europe resin volumes.

How to Improve OTIF: 15 Tips for On Time and In Full Delivery
END_OF_DOCUMENT_TOKEN_TO_BE_REPLACED