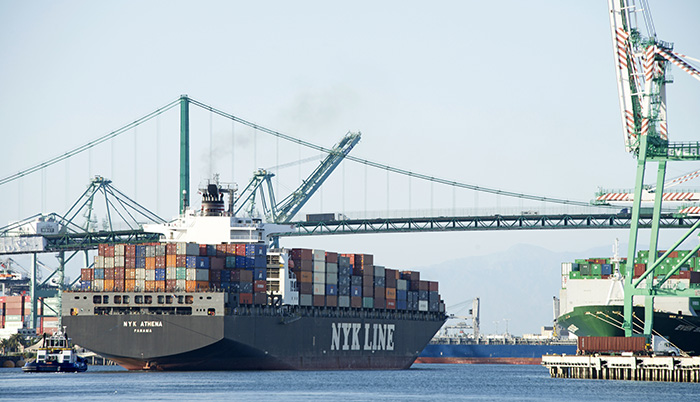 The One Network Express joint venture was to be set up on July 1, but this was delayed by regulatory approval issues.

Japan’s three major carriers say they have received the necessary regulatory approval from competition authorities around the world to establish a container shipping joint venture (JV), despite the top US maritime regulatory agency saying it did not have the authority to act on the prpopsed merger and an outright rejection by by South Africa authorities.

'K' Line, MOL, and NYK said in a joint statement that, “As of today [July 3], the new company to be established has received all necessary approvals for compliance with local competition laws in regions and countries where compliance is required for the new company's establishment, and progress is being made towards completing the establishment of the new integrated container shipping business.”

The carriers had planned to set up a holding company and an operating company by July 1 for the integration of the three companies' container shipping businesses, including their terminal operation businesses outside Japan, that will operate under the name, Ocean Network Express (ONE).

However, these plans were disrupted first by the Federal Maritime Commission (FMC) decision that dismissed the proposal, as merger agreements were out of its jurisdictional authority, and then by the South African commission.

The FMC voted down the carriers’ proposed “tripartite agreement,” saying the Shipping Act of 1984 did not provide them authority to review and approve mergers, and South Africa’s regulator said a merger would affect the provision of container line services as well as the car shipping market in which the carriers compete.

ONE is scheduled to begin operations on April 1, 2018, and the carriers said the new company is expected to complete the approval process for compliance with South Africa’s competition law before the service starts.

“Overall, there is no impact on the three companies' integration plans for the new container shipping business, and the service commencement date for the new company is likewise unchanged from April 1, 2018,” the joint statement said.

The Japanese carriers announced in October 2016 that they would be merging their liner shipping divisions into a JV company that would begin operating in April 2018. ONE would have the world’s sixth-largest fleet, with 250 ships and a capacity of 1.38 million TEU. It will generate the scale and cost benefits that are required to be competitive.

The shareholding structure will have NYK holding 38 percent and 'K' Line and MOL each holding 31 percent. MOL, NYK, and 'K' Line are currently individual members of the vessel sharing agreement with Hapag-Lloyd-United Arab Shipping Company and Yang Ming Line. The carriers have said they expect higher rates and greater container volume to come from the membership with THE Alliance.