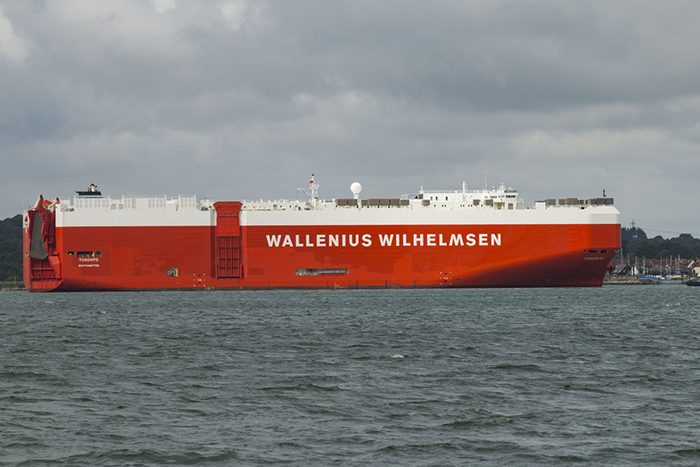 Wallenius Wilhelmsen Logistics is working to increase its revenue from landside operations 50 percent by 2020.

“Signing the transaction agreement is an important milestone in the merger as announced in September,” said Jan Eyvin Wang, president and CEO of Wilh. Wilhelmsen ASA.

“The final go-ahead is pending approval from competition authorities and the respective entities’ shareholders.”

Wilhelmsen and Wallenius will own 37.8 percent and 48 percent of the new company initially and the Swedish group will reduce its stake following the merger so the two partners, which joined forces in 1999, will have equal shares.

“Our goal is to create a world-leading and sustainable shipping and logistics platform,” said Thomas Wilhelmsen, group CEO of Wilhelmsen.

“In addition, the proposed merger will facilitate an improved growth path for the land-based logistics offer, where we expect investments and development of new products and services.”

WWL hopes to increase its land-based revenue to $1.5 billion by 2020 and the company in April opened the Melbourne International RoRo and Auto Terminal in Australia. The terminal is an example of WWL’s diversification into market segments that complement the company’s ocean transportation services. The company in November announced plans for a vehicle hub in Monfalcone, Italy.

More than one-third of WWL’s annual revenue now comes from land operations, which include marine terminals, equipment and vehicle processing, and inland distribution.

The merger is expected to deliver synergies of between $50 million and $100 million by combining assets and harvesting economies of scale, including more optimal tonnage planning and administrative, commercial and operational efficiencies, WWL said when the deal was announced in September.