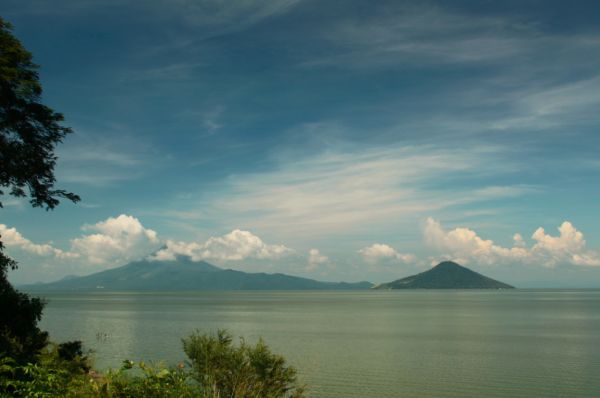 Manuel Coronel Kautz, the president of the Nicaraguan Canal Commission, is deep into planning a proposed new canal connecting the Atlantic and Pacific oceans. He recently announced, for example, that the long-proposed canal route up the San Juan River, along the Costa Rican border, is the unlikely option of six potential routes currently under consideration by Nicaragua and Chinese telecom tycoon Wang Jing, according to a lengthy piece in The New Yorker.

Wang’s firm, the Hong Kong Nicaragua Canal Development Investment Co., which is registered in Beijing with a holding company in the Cayman Islands, has said construction on a Nicaragua canal will begin as soon as December and will be completed by 2019. The cost of construction is officially estimated at $40 billion, although Alberto Alemán Zubieta, the former Panama Canal administrator, has estimated the project will cost at least $100 billion, The New Yorker reports.

Wang has also promised that the proposed canal, which would be the world's largest civil engineering and construction project, according to The New Yorker, will create tens of thousands of jobs in Nicaragua. The nation is the second poorest country in the Western Hemisphere behind Haiti, according to the CIA, and No. 105 in the World Economic Forum’s ranking of 148 countries’ infrastructure.

The six routes under consideration for a potential interoceanic canal in Nicaragua.
Full-size image

HKND posted initial findings of the study that indicated that within 10 to 15 years, growth in global maritime trade is expected to cause congestion and delays through the Panama Canal, and by 2030, the volume of trade that a Nicaragua canal could serve will have grown 240 percent from today. The Nicaragua canal would be only a few hundred miles north of the Panama Canal.

In June 2013, the Associated Press reported that Nicaragua’s legislature had passed the legislation granting the concession, giving HKND the rights to construct and manage the canal and associated projects. Under the agreement, HKND owns the canal initially, but Nicaragua will reclaim a 1 percent stake each year, meaning it will take 50 years to gain control of the canal and 100 years to own it completely. In the meantime, Wang can sell his rights to another company or country.

The concession also allows Wang to construct two ports, a railroad, an oil pipeline and roads, along with multiple free trade zones. Notably, it does not specify geographical limits, giving Wang the authority to choose any site for the project — even private land — and does not require HKND to pay taxes to Nicaragua, according to The New Yorker.

“People here in Nicaragua don’t really react to things on paper,” Dora María Téllez, an iconic Nicaraguan historian, said in an interview with The New Yorker. “They react when things start happening. Here it will happen when the expropriation of land begins.”

Benjamin Lanzas, the head of the Nicaraguan Chamber of Construction, also told The New Yorker that he was surprised by the secrecy surrounding the canal.

“The government has overwhelming support for the canal from the Nicaraguan people, and from the private sector too,” he said. “If something’s good, why hide it?”

The Nicaragua canal would be at least three times as long as the Panama Canal, although it aims to take advantage of several river courses, as well as Lake Nicaragua, which is about 40 miles wide and separated from the Pacific by 12 miles of land. The rivers and lake would have to be dredged to accommodate ultra-large container ships, and a series of locks would also have to be created to allow ships to cross the lake, which is 180 feet above sea level.

Challenges facing the project include exposing Lake Nicaragua, Central America’s largest source of freshwater, to the risk of salinization once it is connected to the ocean, as well as disposing of the excavated dirt, The New Yorker reports. Environmental impacts and potential seismic activity from nearby active volcanoes are also concerns.

An idea that dates back to the 16th century, this new deal represents the eighth time that Nicaragua’s leaders have granted exclusive concessions to foreign entrepreneurs, according to The New Yorker. This time, however, the Nicaragua canal is unlikely to be constructed through the traditionally proposed route up the San Juan River along the Costa Rican border because Costa Rica’s government is opposed to it, Kautz said.

Meanwhile, the Panama Canal’s third set of locks, which will accommodate post-Panamax ships, are set for completion in 2016 after several delays. Panama could also further increase its capacity by building a fourth set of locks, which would potentially cost about $10 million.

Permalink Submitted by hjfpeters@t-onl... on Mar 17, 2014 11:59AM EDT
Dear Ms. Lavigne, nice story here about Nicaragua's maritime ambitions. Interesting for the record should be that since the 1860s virtually all countries in Central America, from the borders with Mexico to those with Colombia, have variously entertained such plans. In Costa Rica alone two such project plans were pursued during the last 40 years, each time with much fanfare largely propagated by consulting firms who made money out of field investigations and design work. There were also the initial makings of investment deals but those who where involved got cold feet pretty quickly and chickened out. Let's see what may finally materialize in Nicaragua. Prof. Hans Peters

Thanks for the thought

Permalink Submitted by Grace M. Lavigne on Mar 18, 2014 4:35PM EDT
Thanks for the thought-provoking comment Prof. Peters. It’s interesting that almost all Central American countries have had similar plans, with firms making money just from the preparatory work. Take the money and run, right? This doesn’t seem like a good sign for Nicaragua, although maybe this time things will be different. There are certainly some incentives for Wang to stick around.

Permalink Submitted by cecil.maragh@kc... on Mar 17, 2014 12:57PM EDT
Ms Lavigne, This is indeed an interesting article. Do you concur with the projections of volume through the Panama Canal creating severe congestion within the next 10 to 15 years? is it that the movement of oil from Venezuela to China will require this new bridge to secure Chinese interests?

Thanks for sharing very

Permalink Submitted by rizpam111@gmail.com on Apr 15, 2015 2:33AM EDT
Thanks for sharing very informative article about the canal route in Nicaragua. This is really great because it helps the people there to become aware on their surroundings. Keep posting! By the way, if you happen to be interested in purchasing very cheap instagram followers just visit their awesome site by just clicking below. They're real and legit!! <a href="http://upyourreach.com/buy-instagram-followers/">how to buy instagram followers</a>

Container lines maxing out capacity to meet US import surge