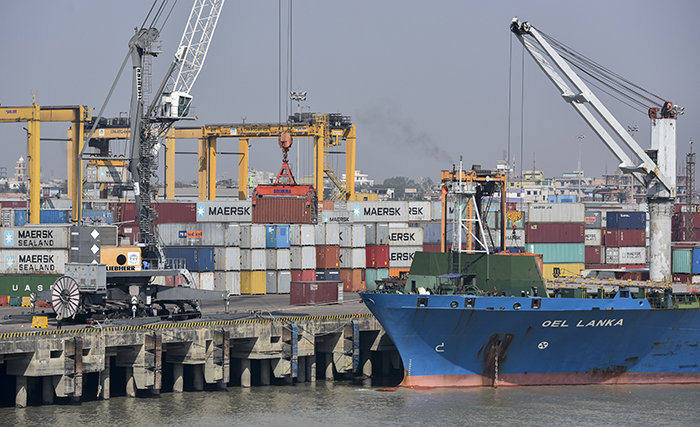 Shippers in Bangladesh are set to save nearly a week’s time in getting delivery of consignments. Photo credit: Shutterstock.com.

The Bangladesh government is introducing pre-arrival processing (PAP) of import documents at ports in July. With that, shippers in Bangladesh are set to save nearly a week’s time in getting delivery of consignments.

After reaching an import container at the port yard, shipments get four days of free time; shippers have to pay a storage fee from the fifth day. For a longer stay of containers at the port yard, the importer has to pay demurrage.

After the PAP is introduced, shippers will have to submit an import general manifest (IGM) and bill of lading to the customs authority for processing after ships leave the last port before Bangladesh.

Currently, the IGM and bill of lading are being submitted to the customs department for processing only after a vessel reaches the port.

The processing of these import documents takes five to seven days; the new system to be introduced will start the processing when the ship is on its way to a Bangladeshi port, National Board of Revenue member Khondaker Muhammad Aminur Rahman (Customs Audit, Modernization and International Trade) told JOC.com.

He said that after getting the IGM, the customs officials will immediately decide which consignments will go through physical checks.

“It will save time significantly compared to the present system,” Rahman said.

“If we get enough time to scrutinize the import documents, we will be able to reduce physical check of consignments to below 5 percent from existing 12 percent,” he noted.

He said many importers want their goods delivered the first day of unloading to the port yard.

If the documents are assessed and duties are paid prior to the arrival of consignments, they will be able to leave the port immediately, Rahman said.

The cost of doing business will be reduced significantly because the pre-arrival process will cut consignment delivery delays and businesses would avoid paying demurrage, he said.

Have checked with BD Customs

Permalink Submitted by fahran.reazi@gm... on Apr 13, 2019 10:19AM EDT
Have checked with BD Customs and NBR... none of these office could confirm about this initiative can get into action.

The new system will be

Fishes are export goods for