US imports forecast to rocket in February

US imports forecast to rocket in February 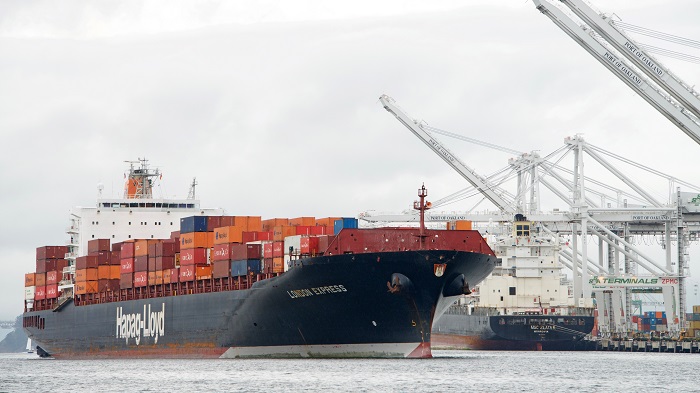 Retail had a strong year fueled by growing wages, higher employment, and a boost in consumer confidence, according to a supply chain executive. Photo credit: Shutterstock.

Growth in imports at the busiest US container ports for retail goods is expected to tick up slightly this month before rocketing in February and then easing in March and April, the National Retail Federation (NRF) and Hackett Associates said in their monthly Global Port Tracker report.

The Global Port Tracker forecast January volume through the ports will be 1.68 million TEU, up 0.2 percent year over year; February at 1.62 million TEU, up 12.6 percent; March at 1.5 million TEU, down 2.3 percent; April at 1.66 million TEU, up 3.3 percent; and May at 1.73 million TEU, up 0.4 percent. The February and March volumes are skewed by the annual shutdown of Asian factories for Lunar New Year, which this year falls on Feb. 16. Companies typically accelerate shipments before the holiday in order to maintain inventories.

The Global Port Tracker said US containerized imports rose 7 percent in 2017 from 2016. The strong import numbers reflect economic expansion. IHS Markit forecasts US GDP growth of 2.8 percent this year, compared with 2.3 percent in 2017 and 1.5 percent in 2016. After starting 2017 with a 1.2 percent growth rate in the first quarter, the US economy expanded at a nearly 3 percent clip the rest of the year.

Ports covered by the report handled 1.74 million TEU in November, the latest month for which after-the-fact numbers are available. With most holiday merchandise already in the country by that point, the number was down 1.7 percent from October but up 5.8 percent year over year.

“On a percentage basis, 2017 was one of the strongest increases we’ve seen since the end of the Great Recession,” said Ben Hackett, founder of Hackett Associates. “That’s no minor achievement at a time when many are trying to talk down the economy. The rate is expected to slow down some, but with 2017’s performance and continuing high consumer confidence, our models show continued growth in the coming year.”

The NRF forecast that 2017 retail sales would increase by 3.2 and 3.8 percent from 2016 and that holiday sales would grow by 3.6 to 4 percent, but year-end numbers will not be released by the Census Bureau until Friday. Cargo volume does not correlate directly with sales because only the number of containers is counted, not the value of the cargo inside, but the NRF said volume provides a barometer of retailers’ expectations.