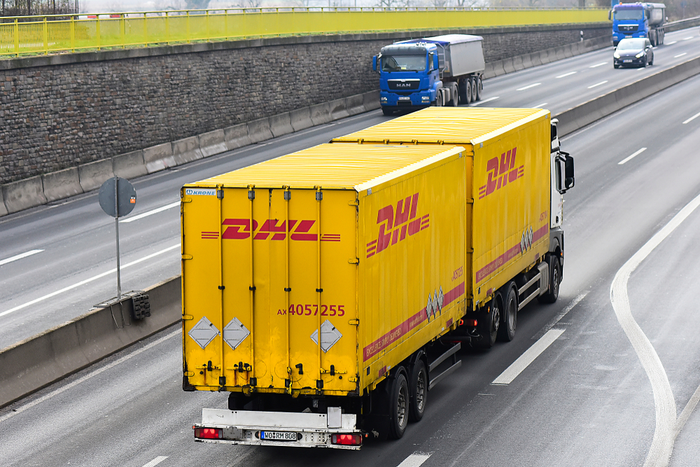 DHL expects its volume in the second half to grow slightly ahead of the market, but is not anticipating any rush of returning volume. Photo credit: Shutterstock.com.

Carriers will keep capacity tight to protect their bottom line, meaning shippers will need to get used to paying higher freight rates, according to DHL Global Forwarding’s Dominique von Orelli.

The global head of ocean freight for the Germany-based forwarder told JOC.com Thursday he has never seen carriers as united as they are today in their strategy of managing capacity to match demand.

“This will affect shippers in that they will have to get used to rates at higher levels,” von Orelli said. “It will be more stable than before. The rates are surprisingly strong, and I think it will stay there. If one carrier cracks, the prices could collapse, but I don’t see any signs of that.

“Managing capacity in the way the carriers do will continue, and this clearly means that rates will remain on a higher level than most would expect considering the low demand,” he added.

To manage the steep drop in volume as major markets locked down in the battle against the coronavirus disease 2019 (COVID-19), carriers have been blanking significant numbers of sailings. Sea-Intelligence Maritime Consulting data show carriers have announced 74 blank sailings from Asia to North America for April and May. Asia-Europe trades will cancel 75 sailings through September in a bid to match capacity with weak anticipated volume levels.

The amount of capacity withdrawn from service in the third quarter means shippers would have to improve their long-term planning over the next few months, von Orelli said.

“What's clearly been shown in the last two months is that carriers are really agile in taking out capacity, and extremely quick at changing schedules,” he said. “Carriers will do whatever they have to in order to keep the capacity tight and to protect their bottom line, so service will not be the number one criteria for the carriers at the moment.”

Tight industry-wide management of capacity has enabled carriers to not only prevent a rate slide, but to actually push rates higher — significantly, on some east-west trades. The Shanghai Containerized Freight Index (SCFI) this week shows Asia-US West Coast rates at $2,692 per FEU, up 94 percent year over year, while Asia-North Europe rates are 18 percent higher at $890 per TEU.

Von Orelli said in the past, a forwarder or shipper could count on one carrier “cracking” and cutting rates to chase market share, but he said shipping companies had learned from the past that keeping capacity in short supply across all carriers was the only way to remain profitable.

Just how profitable was spelled out by Sea-Intelligence. The analyst said in its latest Sunday Spotlight newsletter that if carriers could maintain the current rate levels, the industry was on course for a $9 billion profit this year.

Von Orelli said he was “cautiously optimistic” for the second half of the year and expected the forwarder’s volume to grow at levels slightly ahead of the market, but there was certainly no surge in demand so far on the Asia-Europe trade.

“There is some replenishment going on, but we don’t see a big rush from European importers to fill up stock. Everyone seems to be ramping up in slow motion,” he said. “I don't think there is a big appetite to consume, and importers are cautious not to buy what they cannot sell.”

Sharing von Orelli’s improved outlook are Hapag-Lloyd and Maersk Line. In a JOC Uncharted interview Wednesday, Hapag-Lloyd CEO Rolf Habben Jansen said he was seeing “encouraging signs” of a recovery of bookings, while Maersk said healthier-than-expected container volumes had led to an upgrade in its second-quarter outlook. The Danish carrier now expects volumes in the second quarter to be down 15 to 18 percent year over year instead of the 20 to 25 percent decline forecast on May 13.