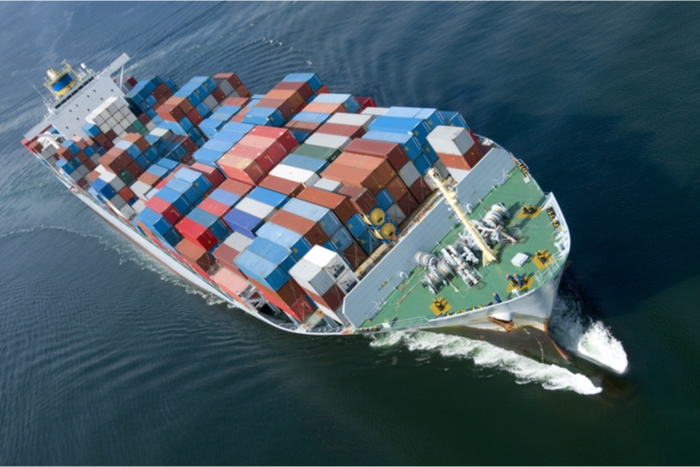 The degree to which carriers can access capital and hold the line on capacity discipline will determine how they weather the financial storm brought on by the coronavirus. Photo credit: Shutterstock.com.

A sharp drop in cash flow as demand evaporates in the second quarter is eroding the financial bedrock of container shipping companies, with one analyst warning that industry-wide losses in 2020 could top $23 billion if rates collapse along with demand.

Losses of this magnitude would be similar to those recorded during the global financial crisis in 2009, when carriers lost $20 billion, and while the industry rebounded in 2010 as inventories were replenished, the losses deeply undermined carrier finances. In the years that followed, slower volume growth and rate wars eroded revenues, and in 2011, annual losses reached $5 billion. In 2016, $3.5 billion in losses was recorded in the year that Hanjin Shipping went bankrupt.

As carriers enter the second quarter desperate to match capacity with falling demand, more than 200 sailings have been canceled for April and May in just the past week as the coronavirus disease 2019 (COVID-19) shuts down the global economy. Even though idling ships can save on operating costs, Sea-Intelligence Maritime Consulting estimates that in volume terms alone, the withdrawn capacity will cost the carriers $6 billion in lost revenue.

“For carriers, ports, and shippers alike, there is no escaping the financial hurricane engulfing our industry,” Sea-Intelligence said in its latest Sunday Spotlight newsletter.

The degree to which carriers can access capital and hold the line on capacity discipline that’s been building for about two years will determine whether the industry can manage through deep drops in demand, or be marked by carrier collapse such as Hanjin. Following approximately five years of mergers and acquisitions, the number of carriers plying the major east-west trades has been halved to 10, giving them better footing for a downturn, but not enough to relieve concerns that the smaller carriers may collapse or get swallowed up by a rival.

Facing such enormous cost pressures and with no certainty on when demand will recover or how strong that recovery will be, carriers are exposed to a sustained economic downturn and vulnerable to rumors of financial trouble among their jittery customer base.

The container shipping industry was already facing soaring industry-wide debt levels even before the coronavirus brought economies to a halt, with slowing volume growth levels over the past two years making the debts difficult to pare down.

Drewry estimated in the fourth quarter of last year that the overall debt for the world’s top 12 carriers exceeded $85 billion, with the combined debt-to-equity ratio of about 140 percent. But as the coronavirus impact on demand worsened across international supply chains, even the more profitable carriers were not immune. Moody’s Investor Service on March 31 changed its ratings outlook on Hapag-Lloyd and Maersk Line from “stable” to “negative.”

The ratings agency also announced plans to review the current negative rating of CMA CGM, saying in an April 1 announcement that the carrier’s capital structure was too weak for it to maintain its current high credit risk rating of B2.

“Given the rapid and widening spread of the coronavirus outbreak and the deteriorating global economic outlook, there is a downside risk that the earnings before interest, taxes, depreciation, and amortization (EBITDA) of shipping companies globally could decline by 25 to 30 percent, similar to levels last seen in 2016 when Hanjin Shipping went bankrupt in one of the largest recent failures in the sector,” Moody’s said in a ratings update.

The deteriorating container shipping environment has prompted statements by container line CEOs reassuring their customers that carriers would continue to operate and cargo would continue to move. “As a truly global diversified group of companies, with a stable financial position across our various businesses, we remain in a position of long-term strength," MSC Group president and CEO Diego Aponte said in an open letter to customers.

Hapag-Lloyd CEO Rolf Habben Jansen said in the company’s 2019 financial report in March that the magnitude of the impact of the coronavirus on container volume was impossible to estimate at this point, but the effects would be significant.

“We will in the upcoming weeks and months mainly focus on the three things that matter most to us: the safety and health of our people, keeping the supply chains of our customers flowing, and taking precautionary financial measures to weather the storm if it lasts longer than anticipated,” he said.

Ghosts of recessions past

For shippers and forwarders, the ghost of Hanjin Shipping is never far away. When the seventh-largest container carrier in the world went bankrupt in 2016, the speed and severity of its collapse exposed the risk of alliances, as many shippers learned their cargo was on stranded ships even though they never directly booked with the South Korean carrier. Fellow members of the CKYHE Alliance had the most exposure, but some of the 540,000 stranded containers were on the ships of other carriers with which Hanjin had looser slot-sharing agreements.

In 2016, the industry lost $3.5 billion, but with $23 billion in potential losses this year, shippers will be on heightened alert as they were after Hanjin went under.

However, while the financial losses are significant, Lars Jensen, CEO of Sea-Intelligence, said that during the global financial crisis of 2008 and 2009, no large or mid-sized carriers actually went under during the worst parts of the crisis.

“The carriers proved extremely adept at securing additional financing and/or more lenient terms from their creditors,” Jensen told JOC.com. “But it did lay the groundwork for additional subsequent consolidation in the industry.”

He said the most pressing issue facing carriers was a drop in cash flow as a result of the declining volume, which he described as “life threatening” and something that could potentially lead to further consolidation in the industry if not managed well.

But there are other analysts that do not believe consolidation is on the cards. “Our view is that consolidation is pretty much over, at least from the perspective of the large carriers,” Daniel Harlid, a vice president at Moody’s, told JOC.com.

“Shipping companies are generally no longer interested in growing their market shares and there is limited potential in additional economies of scale from M&As,” Harlid said. “On the contrary, carriers focus on reducing costs and capacity to current demand is still an ongoing theme that we believe will persist.”

“Maersk and Hapag-Lloyd are among the most profitable carriers in the industry, with relatively healthy balance sheets,” Kerstens said. “However, they seem unlikely acquirers of financially distressed smaller peers in our view.”

“Hapag Lloyd said it has gained sufficient critical mass through M&A and is targeting a relatively stable volume market share of around 10 percent, as incremental cost benefits from further M&A are expected to be limited, and further expansion of inland services to 30 percent of volume,” he added. “Maersk’s strategy also focuses on expansion of land-based container logistics through bolt-on M&A from 25 percent to 50 percent of its earnings before interest and taxes (EBIT).”

Yet as significant as the financial pressures are on carriers, the rumor mill could be an even greater danger, Jensen warned.

“The problem with this unfolding situation is that if enough stakeholders ‘get the feeling’ that a particular carrier is about to go under, then it becomes a self-fulfilling prophecy irrespective of whether the carrier in question could have pulled through,” he said. “Suddenly, the carrier in question sees an even larger decline in volumes and is also met by demands from suppliers of repaying debts and paying up-front for services — and such a situation is hard to salvage.”

As word of Hanjin Shipping’s financial distress spread in 2016, shippers and their forwarders were quick to cancel bookings with the carrier, suppliers withdrew lines of credit, and lenders called for the repayment of loans. Unable to comply, and with the South Korean government deciding not to bail out the carrier, Hanjin went bankrupt.

Asked whether state support will be extended to prop up some of the ailing carriers as the financial noose tightens in the coming months, Jensen said those carriers that usually enjoy direct or indirect government support would continue to receive it.

“The privately owned carriers without government ties will have to find a different way through, and this is where they need to act swiftly from preventing a cash flow crunch,” he said.

Carriers have been reacting swiftly, and aggressively, by withdrawing huge amounts of capacity regardless of how that may impact transit times and create cargo delays. Jensen said the pulled capacity was an attempt to reduce costs, but noted that there was little impact being seen on spot rate levels, which indicated that the carriers have decided not to compete on price as a way to increase volume.

“In the financial crisis of 2008-09, the carriers lost out both on volume and rates,” he said. “For now, the carriers have managed to prevent catastrophic drops in rate levels. If they keep that up, they will ‘only’ lose on volume, which is bad enough in itself. The loss of cash flow will hit in earnest during April and May as there is a time lag involved. This could be life threatening unless managed well.”

According to the Shanghai Shipping Exchange, spot rates on Asia-North Europe have lost 11 percent of their value since early February, while Asia-US West Coast rates spiked in mid-March and rose again Friday to $1,662 per FEU, the highest the rate has been since June 28, 2019. The weekly rate movements are tracked at the JOC Shipping & Logistics Pricing Hub.