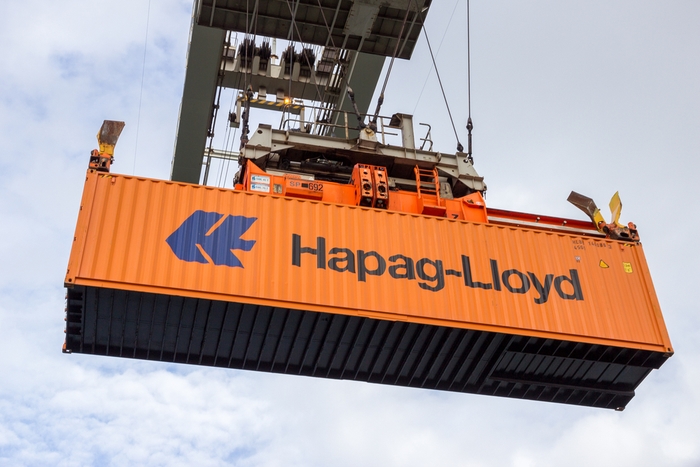 Hapag-Lloyd has expanded its container fleet in the expectation that more cargo owners will want to hold onto cargo longer, adding pressure to global container flows upended by the coronavirus disease 2019 (COVID-19) and the ensuing equipment imbalance.

The decision by the fifth-largest liner company to expand its container fleet 5 to 10 percent — 100,000 TEU have already been added — was made to counter growing turn times as shippers are forced to store boxes filled with consumer products or spare manufacturing parts in economies that are still mostly closed.

That is exacerbating an equipment imbalance that has already been influenced by blank sailings that have removed 30 percent of capacity from the Asia-Europe and trans-Pacific trades. Forwarders have already warned that cargo flows were becoming more uneven across key markets as the extensive blank sailings further influenced a natural container imbalance on headhaul and backhaul trades.

With shippers holding on to boxes longer and the equipment imbalance intensifying, Hapag-Lloyd CEO Rolf Habben Jansen said Wednesday that expanding the container fleet was necessary to ensure the availability of boxes, although overall volume was down and 15 to 20 percent of the Hapag-Lloyd vessel capacity has been withdrawn from the east-west trades.

“Typically, turn times will also slow because people need to keep their boxes for longer. If you accept that global trade volume will go down by the 10 to 11 percent percentage indicated by Clarksons, if we increase the container fleet we can accommodate a turn time that is 10 to 15 percent slower,” he said.

Hapag-Lloyd hired the 100,000 TEU and has placed orders for additional boxes. However, securing a large volume of new containers could be difficult with global container manufacturers drastically limiting production in the first quarter. Production of dry units was down 33 percent, and reefers by 35 percent in the first quarter, according to maritime consultancy Drewry.

Another contributing factor to the equipment imbalance is carriers offering to temporarily store unneeded containerized imports within the transit pipeline, an issue that was highlighted by FIATA in a recent position paper.

The “Delay in Transit” options from some major carriers allow shippers to store imports at transshipment hubs as cargo owners adjust supply chains in response to the coronavirus. These include CMA CGM and Mediterranean Shipping Co., which recently announced it was expanding its “Suspension of Transit” (SOT) offering by adding four more transshipment points where shippers can store cargo outside the marine terminal. Maersk Line is offering storage at origin ports in Asia, where goods can be quickly loaded once demand returns.

But FIATA has warned cargo owners not to allow their containers to stack up inside the terminals for too long, and at the same time has called on carriers to “exercise reasonableness” in their detention and demurrage charges.

“Detention and demurrage tariffs have reached extremely high levels and leaving the goods inside the containers and inside the terminal is the most expensive solution for storing goods for a period of more than 14 days,” FIATA noted.

“Unloading a container for conventional warehousing may require extra handling but even then, the overall charges will be lower, and the commercial benefit will increase with the number of days storage is required,” it added. “The message is clear: Leaving goods in the container is the most expensive commercial option for storing goods.”