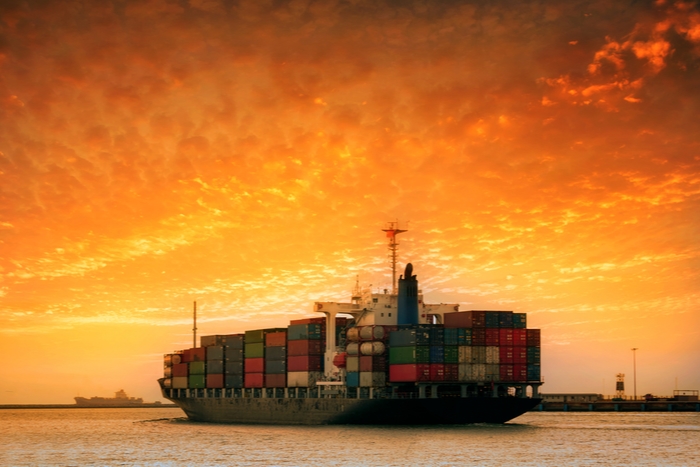 Container shipping companies are sailing into a steadily worsening demand environment with little clarity on when markets will begin to recover. Photo credit: Shutterstock.com.

A deteriorating global economic outlook as major markets struggle to limit the impact of the coronavirus disease 2019 (COVID-19) is threatening to prolong the financial pain being felt by carriers that have been forced to make extensive capacity cuts in a bid to match rapidly declining demand.

Economists at JOC.com parent company IHS Markit released a bleak new assessment this week, predicting the US economy will not emerge from negative GDP growth until at least the fourth quarter, and that in Europe, a severe recession is now unavoidable.

The International Monetary Fund (IMF) said in its April revision that, “As a result of the pandemic, the global economy is projected to contract sharply by minus 3 percent in 2020, much worse than during the 2008-09 financial crisis.”

Peter Sand, chief shipping analyst at BIMCO, said in a webinar hosted by the shipping association this week that every economic forecast made in the last six months has moved from plus to minus.

“The IMF is clear that this is way worse than the global financial crisis of 2009 when GDP growth was minus 0.1 percent,” Sand said. “Our expectations in 2020 are for negative growth of 2-3 percent.”

Carriers have reacted to these gloomy forecasts by announcing plans to increase capacity withdrawals over the next few weeks that will result in 20 percent of the trans-Pacific capacity being taken out of service, while the Asia-Europe trades will see cumulative capacity cuts reaching 25 to 30 percent, according to Sea-Intelligence Maritime Consulting. In its latest Sunday Spotlight newsletter, the analyst said the capacity withdrawals will result in a volume loss of 6.4 million TEU by the end of June.

Carriers on the edge

The cash flow loss from such a significant decline in volumes is hurting carriers that were already in a precarious financial position even before the coronavirus became a global issue. In a survey of the container shipping companies’ Altman Z-scores as of the end of 2019, Alphaliner found that seven out of the 11 carriers recorded Z-scores of less than 1.3, indicating a “very high” likelihood of insolvency within the next two years.

Carriers with elevated leverage ratios were especially vulnerable, Alphaliner noted, in particular those with high levels of short-term debt that was due this year. Of the 11 carriers surveyed, six had negative working capital — meaning current liabilities exceeding current assets — including CMA CGM, Hapag-Lloyd, HMM, PIL, Yang Ming, and Zim. Carriers with poor track records of negative earnings were also at risk, with three carriers’ Z-scores lowered due to their negative retained earnings (HMM, Yang Ming, and Zim).

As the coronavirus impact on demand worsens across international supply chains, Moody’s Investor Service on March 31 changed its ratings outlook on Hapag-Lloyd and Maersk Line from “stable” to “negative.”

The ratings agency also announced plans to review the current negative rating of CMA CGM, saying in an April 1 announcement that the carrier’s capital structure was too weak for it to maintain its current high credit risk rating of B2.

Despite the high debt levels and the potential for insolvencies in container shipping, Alan Murphy, CEO of Sea-Intelligence, was not convinced that another Hanjin would be allowed to happen.

“In the last 30 years, only Hanjin went bankrupt, and everyone will move very far to avoid another Hanjin,” Murphy said on the BIMCO webinar. “But if we see a 10 percent volume drop and freight rate decline as was recorded in 2009, we will see operating profits of the last eight years being wiped out. The industry simply cannot work with that. It is not possible, and if that happens, there will need to be some kind of subsidy for the industry to avoid another Hanjin, because that will cost so much more than trying to save a failing carrier.”