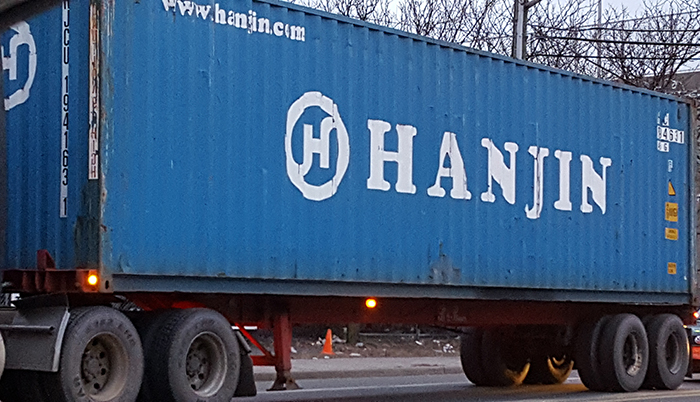 There are a lot of container owners still looking for their Hanjin boxes.

An estimated 30 to 40 percent of the 500,000 containers leased by Hanjin Shipping have not yet been recovered by leasing companies, leading to concerns that container inventories may fall as lessors place a hold on new container orders until their outstanding boxes are back in circulation.

Should demand for containerized transport out of Asia improve in the next few months, a declining supply of boxes could be problematic and has raised the prospect of a container shortage.

Andy Chan, chief operating officer of container maker Singamas, said according to leasing companies, up to 40 percent of their containers leased to Hanjin were still being held by terminals and depots across the world.

“Some leasing companies put first priority on retrieving their boxes from Hanjin and have postponed new box purchases," he told JOC.com, adding that this would leave leasing box inventory at a very low level.

Phil Brewer, CEO of container lessor Textainer, said he also expected limited new ordering of containers because of the focus on reactivating the Hanjin units.

Modest trade growth during a financially tough 2016 saw carriers and leasing companies patching up older boxes rather than replacing their units, with the lines maintaining tight container to slot ratios. In addition to limiting production of new containers, the depressed market led to Hong Kong-listed Singamas issuing a warning to investors that it expects to make at least a $53 million loss for 2016 when the annual results are released later this quarter.

About 520,000 containers were leased to Hanjin Shipping when it went into receivership on Sept. 1, 2016, according to industry analyst Alphaliner. Creditors had ships arrested and terminals seized cargo, demanding full settlement in cash, payment of administration fees, and deposits on the containers before releasing the boxes to forwarders.

Container lessors have been trying to find and recover the Hanjin-leased boxes ever since. The Container Owners Association last year released a list aimed at making it easier for shippers and transportation providers to return containers leased to Hanjin Shipping. The list detailed markings on containers leased to Hanjin and includes contact information for owners, Textainer, Beacon, Blue Sky Bridgehead, Spinnaker, Terminal Investment Limited, SeaCube, Seaco, Florens, Touax, and CAI.

Kendrick Ko, vice president of the Asia-Pacific for SeaCube Container Leasing, did not give any numbers of his outstanding boxes, but said: “We are also in the process of recovering units from Hanjin and the progress is good.” Ko gave no indication of when all the boxes were expected to be back in circulation, but agreed that it has not helped the supply of containers.

“The shortage of containers is there already, since the fourth quarter of last year, and we would expect a similar situation in the first quarter of 2017,” he said.

Container leasing giant Triton International said in an earnings report that just under 3 percent of its of 5 million 20-million equivalent units had been on lease to Hanjin, which works out at almost 150,000 TEUs. The company estimated that by the end of 2016, 70 percent of those leased boxes had been recovered.

Triton said it believed the vast majority of containers would “eventually” be recovered, but the pace of recovery for those remaining containers in 2017 would be slower. The negative financial impact of the Hanjin default on Triton’s third-quarter results was $29.7 million, the company told investors.

Chinese-owned container leasing company Seaco, a unit of China’s HNA Group, has a container fleet of around 2.3 million TEUs. It is not known the extent of the company’s Hanjin exposure, and when contacted by JOC.com the lessor declined to comment.

Another factor that may lead to a temporary shortage of containers is a new environmental regulation in China requiring solvent-based paint on containers to be replaced by water-based paint. Chan said the regulations will require all container factories to apply the new paint from April 1. “Some factories will suspend production for line modification to adopt the waterborne paint,” Chan warned.

Brewer said there could be some reluctance by leasing companies to buy new boxes until the paint quality could be assured.

Global Shipping Outlook: A Sneak Peek at 2021
Port Performance North America: Managing Cargo Flow During a Pandemic — and Beyond
END_OF_DOCUMENT_TOKEN_TO_BE_REPLACED