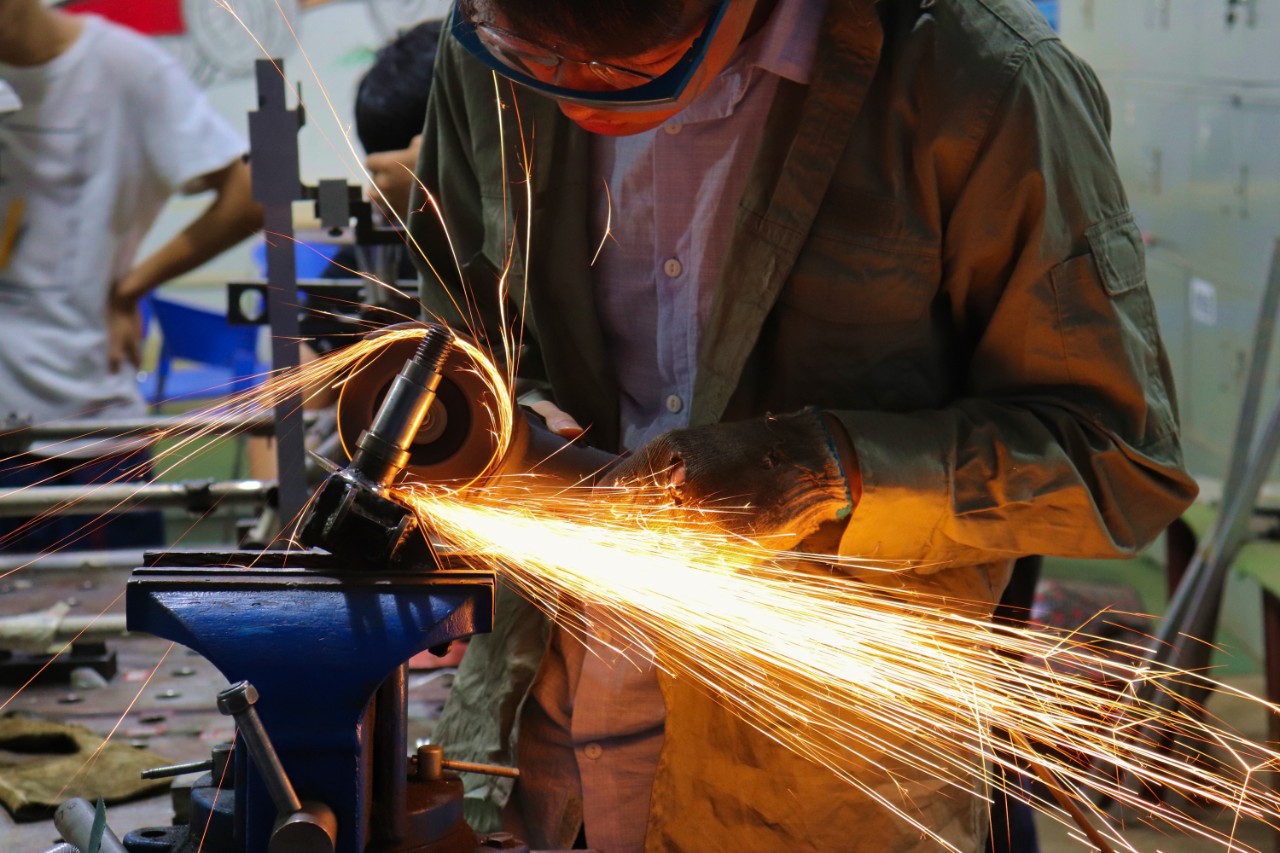 Production activity in China was lower in February than at any point in the last 16 years, according to the latest IHS Markit Caixin manufacturing survey. Photo credit: Pixlr.

China’s record slump in manufacturing output during factory closures in February to combat the spread of the coronavirus disease 2019 (COVID-19) is supporting growing fears of stockouts at plants across the United States, Europe, and East Asia.

The purchasing manager’s index (PMI), a measure of manufacturing activity, confirmed the extent of China’s manufacturing decline. Factory closures through February dragged the IHS Markit Caixin PMI to its lowest level in the 16-year history of the survey, sending it falling from 51.1 points to 40.3 points. Anything below 50.0 indicates contraction.

The UN Conference on Trade and Development (UNCTAD) even put a price on the manufacturing slowdown in China, estimating it has cost the global economy $50 billion and counting.

Europe, US, and East Asia regional value chains were feeling the greatest disruption, UNCTAD wrote in a technical note Wednesday, adding that the extent of the global effects would depend on how the coronavirus was contained and whether there were changes in supply sources.

“Even if the outbreak of COVID-19 is contained mostly within China, the fact that Chinese suppliers are critical for many companies around the world implies that any disruption in China will be also felt outside China’s borders,” the UN agency warned. Hardest hit sectors included precision instruments, machinery, automotive, and communications equipment.

“For many companies, the limited use of inventories brought by a lean and just-in-time manufacturing process would result in shortages that will impact their production capabilities and overall exports.”

Carmakers and electronics manufacturers in South Korea and Japan are already reporting production line shutdowns, while shippers and forwarders in the US and Europe are expecting stock levels at manufacturing and assembly plants to start depleting from mid-March.

A shipper who did not wish to be identified said although manufacturing activity in China was slowly returning, the last of the containers shipped ahead of the Chinese New Year shutdown had arrived in the US and Europe, and little had been produced in China since those shipments left.

The logistics director for a global clothing retailer said he had enough inventory on hand for now from the pre-Chinese New Year shipments, but in two weeks the picture will be very different.

“Luckily we managed to get a lot of our goods out before the Chinese holidays, but we are concerned that if the volume out of China starts to pick up in a couple of weeks, there will not be enough capacity,” the source told JOC.com Wednesday, pointing to the record numbers of blanked sailings by the carriers.

Led by the record slump in China, global manufacturing also dropped below 50.0 points, an indication of the country’s outsized role in the global economy. The JPMorgan Global Manufacturing PMI, compiled by IHS Markit from its surveys in 31 markets, fell 3.2 points from 50.4 in January to 47.2 in February, its lowest since May 2009 and signaling steep deterioration in the health of worldwide manufacturing.

Chris Williamson, chief business economist at IHS Markit, believes the key to whether global production picks up or slumps even further will depend to a material extent on the re-establishment of functioning supply chains out of China.

“Production facilities are slowly coming back on line after extended New Year holiday closures, designed to limit the spread of the coronavirus,” Williamson said in an update on the IHS Markit February PMI data.

“However, the PMI results reveal that even towards the end of February many firms were reporting that production was yet to restart or was running well below capacity, limited in part by restrictions on travel for workers and input shortages,” he added. “The prospect of lengthening of lead times bodes ill for production in many countries.”