Europe to South America trade at a three-year high

Europe to South America trade at a three-year high 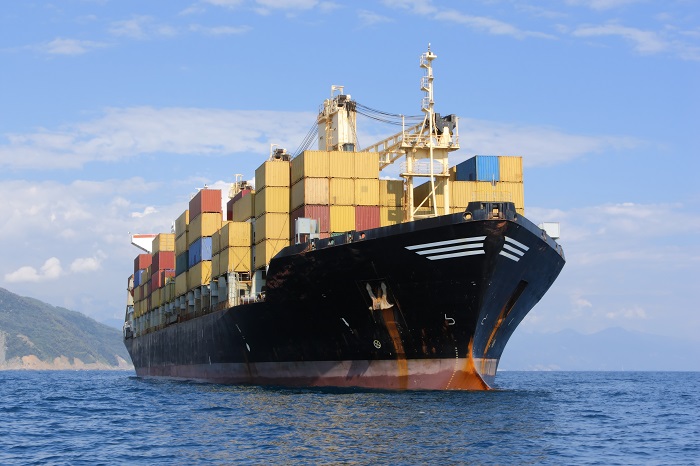 A container ship on the Mediterranean Sea. Photo credit: Shutterstock.com.

Trade between Europe and South America has been gradually balancing out over the past few years, but in 2017 southbound volume shot past the reefer-orientated northbound trade for the first time since 2014.

Southbound trade from the Mediterranean was especially strong last year, rising 15 percent compared with 2016 to 250,000 TEU, while North Europe exports to ECSA grew 11 percent to 600,000 TEU, Datamar data show. The strong growth has continued into 2018 with Datamar statistics for January showing North Europe exports up 20 percent year over year and the Mediterranean up 17 percent.

Despite a better performance in the second half of the year, driven by fruit exports to the Mediterranean, the northbound trade grew 0.4 percent to 830,000 TEU.

IHS Markit’s Global Trade Atlas (GTA) gives a picture of the commodities being carried on the Europe-ECSA trade. The big tonnage numbers comprise raw materials, such as mineral oils, fertilizer, cement, iron, and steel, but the traditional wide range of consumer goods and perishables that are shipped in containers are also in the mix.

For instance, GTA data for 2017 compared with the previous year shows meat and shellfish exports from Europe to ECSA were up 48 percent; glass and glassware was up 37 percent; toys and sports equipment rose 29 percent; furniture, bedding, and lighting was up 12 percent; and textiles and clothing increased by 30 percent. Even nuclear reactors and associated parts was up by almost 7 percent compared with 2016.

Drewry said available capacity on the southbound trade was reduced slightly by the suspension of two seasonal services in February and early March by CMA CGM and Maersk Line, both designed to tap into the more lucrative northbound reefer market. The analyst estimates that capacity on both legs will be approximately 4 percent lower in April than it was in the same month last year. Such a situation should enable some minor uplift in spot rates, which have been fairly static out of Europe and fast rising out of Latin America.

The weekly rate movements are tracked at the JOC Shipping & Logistics Pricing Hub, with data compiled by Freightos showing little movement in Europe-ECSA rate levels since a spike in October to November last year. Since late November the rates have moved in a narrow band just below $900 per FEU.

According to Drewry Maritime Research, southbound freight rates from Rotterdam to Santos in Brazil remained in the $900 to $1,000 per FEU band, while rates from Genoa-Santos were in the $800 to $900 range. Utilization fluctuated wildly with a March 2017 high of about 63 percent and an October low of 45 percent.

Drewry said momentum was currently with the inbound trade to ECSA, driven by improving macroeconomics in Brazil and Argentina. However, given the overcapacity on the leg, the analyst said carriers would struggle to see any meaningful increase in revenue.

Northbound ECSA to Europe freight rates climbed steadily through 2017, with Santos-Rotterdam rates ending the year not far short of $2,000 per FEU and Santos-Genoa reaching $1,800 per FEU.