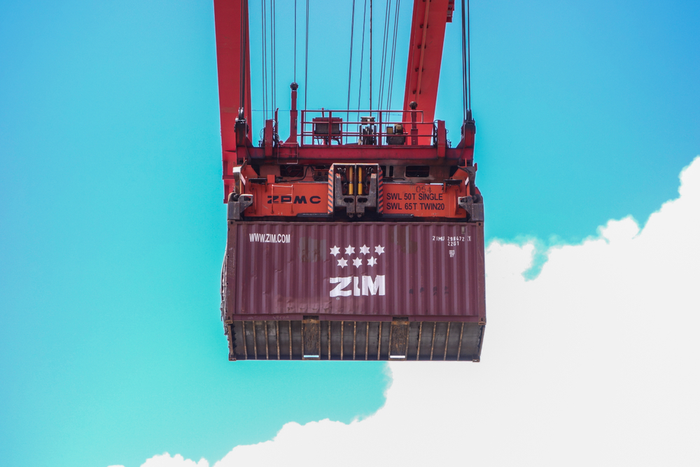 There is rising demand from e-commerce shippers for expedited ocean shipping services on the trans-Pacific, such as the South China to LA express operated by Zim. Photo credit: Shutterstock.com.

Facing air cargo rates more than 25 percent higher than a year ago, US e-tailers are shifting more cargo to expedited ocean transport as the release of new phone and video gaming systems promises to tighten already limited air freight capacity even further.

Zim Integrated Shipping Services told JOC.com it is shipping 3,000 TEU per week for e-commerce customers on its South China-Los Angeles express service, and Maersk has carried about 1,000 FEU on the trans-Pacific since the first quarter on its expedited service.

Other carriers, including CMA CGM, APL, and Matson Navigation Co., have also expanded their expedited services to capture rising demand for faster transit times from Asia, at least partially as a result of an increase in online shopping in the United States and difficulties in shippers securing air freight capacity. CMA CGM in late August unveiled two new expedited solutions on the trans-Pacific offering priority loading, discharge, and inland delivery to containers shipped through Los Angeles. Last month, APL Logistics added Haiphong, Vietnam, as the 13th Asian load port to its OceanGuaranteed product, featuring priority loading in Asia and time-definite delivery to destinations throughout North America through the use of team truck drivers from Los Angeles.

The demand for rapid transit services is being driven by shippers of air cargo facing severely restricted access to the air, with rates at elevated levels. More than half the available air cargo capacity on the trans-Pacific is carried in the bellies of passenger planes, and most of it remains firmly on the ground because of ongoing travel curbs to restrict the spread of the coronavirus disease 2019 (COVID-19).

Competing for the limited space will be a series of electronic product launches scheduled for the end of September. On top of e-commerce fulfillment, retailers are also restocking inventory at their stores, leading to a surge in container shipments through the Los Angeles-Long Beach port complex. With restricted access to air, traditional air freight shippers are turning to the ocean.

“We have found a niche from South China, where we are not competing with the other carriers, but with airlines,” Zim CEO Eli Glickman said of the carrier’s South China to US West Coast express service that was launched on June 1.

“We opened a new e-commerce service from South China direct to LA that is competitive with air cargo because customers came to us looking for an alternative,” Glickman told JOC.com in a late-August interview. “We developed a 12-day service compared to six days by air, but trans-Pacific air cargo costs 15 times more than our service.”

The products being carried by Zim were pure e-commerce, explained Saar Dotan, Zim’s executive vice president, countries and business development. “We are shipping whatever you see on Amazon and Alibaba, products bought online where customers are looking for fast service of consolidated products,” he said.

Air space dries up for e-commerce

“All of a sudden a lot of companies in the e-commerce sector had a problem,” Holme told JOC.com. “We don’t have full visibility of how much volume was transferred from air to ocean, but a lot of the big players in the e-commerce markets are also big forwarding companies and they book many containers with us on ocean freight.”

Two of those global companies in the e-commerce parcel market approached Maersk to transfer air freight volume to sea freight on the expedited Maersk Accelerate service, and the carrier has shipped about 1,000 FEU since March filled with an estimated 50 million parcels.

Even with trans-Pacific ocean spot rates soaring higher week after week since mid-May, the cost of container shipping is still far cheaper than air freight, with the 12-day transit times offered by the ocean carriers’ expedited services further improving its competitiveness. While actual trans-Pacific flight time can be measured in hours, the ground handling at both ends, and transshipment often required for freighters via hubs such as Anchorage, means the transit time can be seven days or more.

For air cargo, average Shanghai-North America spot rates assessed on Aug. 31 increased almost 12 percent over last week to $5.35 per kilogram, up 26 percent year over year, according to the TAC Index.

The carriers are confident that some of the cargo that has moved from air to ocean is likely to stick, especially products that are larger and heavier, as air freight is priced by weight and volume, rather than per container.

“These would be items that are not needed soon and for which you can wait a few weeks, such as furniture,” Holme told JOC.com. “You may be able to get tailor-made furniture in four weeks, but you don’t want to be air freighting a sofa or coffee tables. Another example is specialist tools that are heavy. They are not available everywhere in the world so you can plan in advance and order ahead.”